So Keels rush in where Steeds and angels fear to tread? 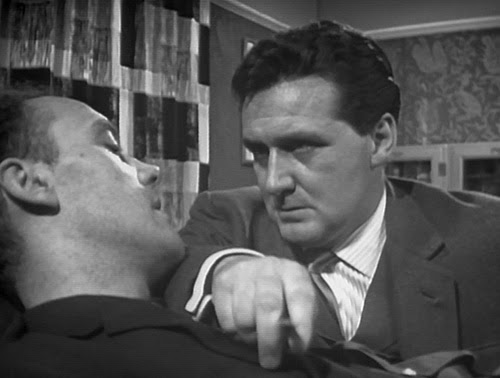 The Avengers
1.15: The Frighteners

This is more like The Avengers most people know, with its larger-than-life (albeit with down-to-earth ambitions) criminal types and the bowler-hatted presence of one John Steed. More parlance, this time deriving from the title, as The Deacon’s criminal gang put the frighteners on the beau of rich businessman’s daughter. 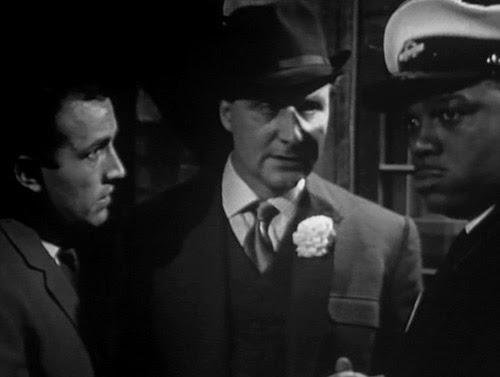 There’s a twist of sorts, in that the boyfriend (Philip Gilbert as Jeremy de Willoughby) is an absolute stinker. Director Robert Fuerst would return to the series an other seven times, and direct The Abominable Dr Phibes; he would also, alas for him, be pressed into service on The New Avengers. Writer Berkely Mather was one of the (three) credited writers on Dr No. The frighteners (not the name of their outfit, but give it another few years and it might well be) are a less than delectable gang of ruffians, the sorts who wouldn’t look out of place in Hot Snow. 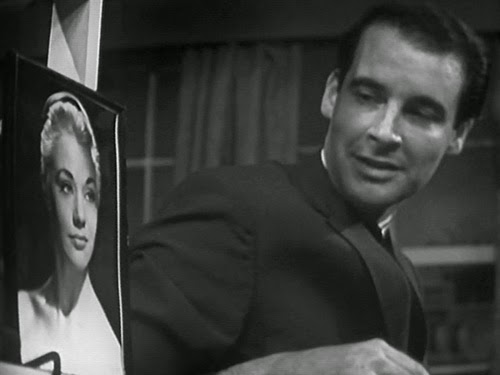 Willoughby Goddard is a masterfully unruffled and rotund villain, with a very witty tongue. When he visits his now-reluctant financier (a remarkably svelte looking Stratford Johns as daddy Sir Thomas Weller) he declines the instruction to get out immediately (“Old brandies like this should never be drunk in haste”). When he sends his crew to sort Sir Thomas out, he informs them “There’s no money in it, boys, but when you’re doing your income tax return you can put it down to business expenses, advertise it”. 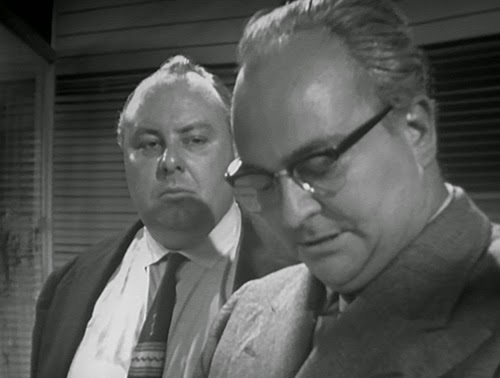 This doesn’t stop The Deacon from turning stupid when Keel threatens him with syringe full of Witch Hazel masquerading as hydrochloric acid. Keel isn’t the kind of doctor who would set you at ease today. In the past two (surviving) episodes, he’s been puffing away liberally (even giving his surrogate platonic girlfriend one to calm her nerves), inflicting violence on sundry bad guys, and now he pretends he’s going to horribly disfigure someone.  He’s brimming with bedside manner. 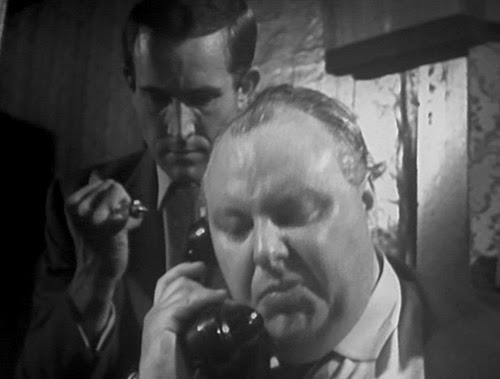 So The Deacon may not really have much justification in being so dismissive of the stupidity of henchman Moxon (Philip Locke, who would co-star with Johns 20 years later in the tedious Davison Doctor Who, Four to Doomsday). Moxon’s a delightfully unrefined cocker-nee. Just out the nick, he doesn’t want to get on the wrong side of the law again or he’ll be “eating porridge till it’s coming out me flippin’ ear-holes”. Keel manages to convince him his neck is broken (“Don’t be stupid, Moxon” responds The Deacon), but it’s Steed’s interaction with Moxon that’s the real treat. 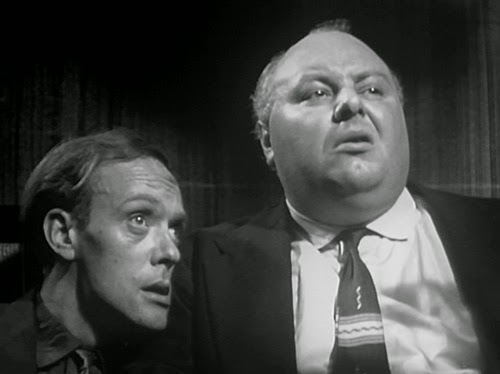 Macnee is every bit as smooth and unruffled here as we know him later, just showing off a little bit more of the hard man. Steed applies “a little gentle psychology” to get Moxon to talk (“Now, their commandment is, thou shalt not grass to the law”). This is where Moxon decides of Steed “He’s bonkers. Stone bonkers” as the debonair secret agent (“Do you get a pension in your job?”) gets a bit rough with the underworld lackey (“He was going to shiv me perishing ear off with that slasher, I tell you”). 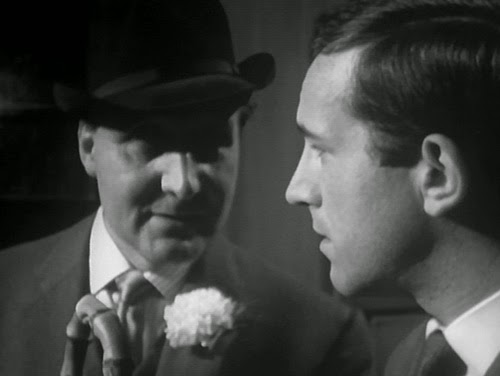 Steed carries that wonderfully jaunty, disarming manner wherever he goes. Asked “Can’t you read?” when he enters the dry-cleaning shop (a front for the gang) against the instruction of the “proprietor” Beppi (Neil Wilson, Sam Seeley from Spearhead from Space) and the closed sign, Steed replies “I suffer under the disability of a public school education”. He also gets to pose as a feckless chaperone for Dawn Beryl’s Marilyn Weller. 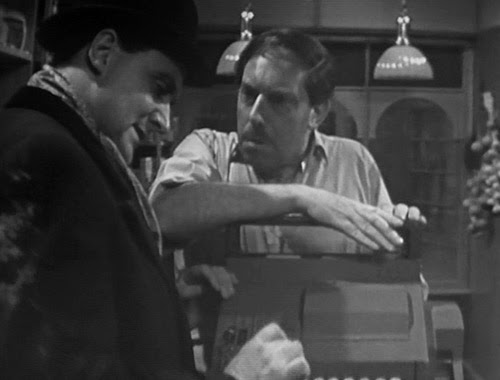 He effortlessly steals any scene he’s in from the chiselled Keel. In the case of the latter, Carol is sidelined but still pines for the dashing doctor (“I’m not Mrs Keel, I’m his nurse”). Keel being the lead, though, he still has to come up with the necessary winning moves. 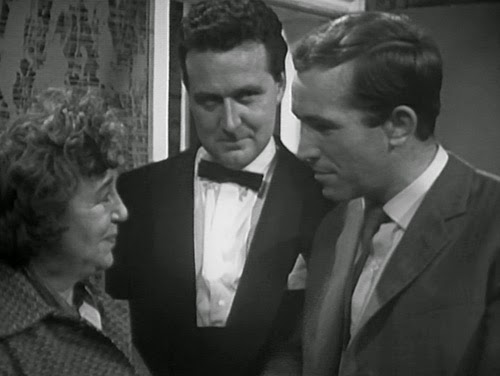 There are a number of choice scenes here, then, and it’s tighter and pacier than the two previous Season Oners. The exposing of Jeremy’s dodginess via his “dear old mum” (an old dear known to Keel) is a satisfying if not at all baffling ruse (we don’t need the explanation that Keel knew about Jeremy’s birthmark from examining him). 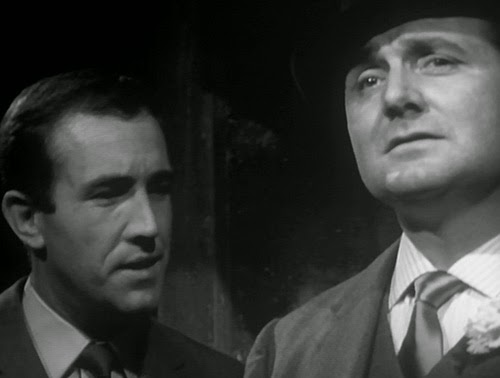