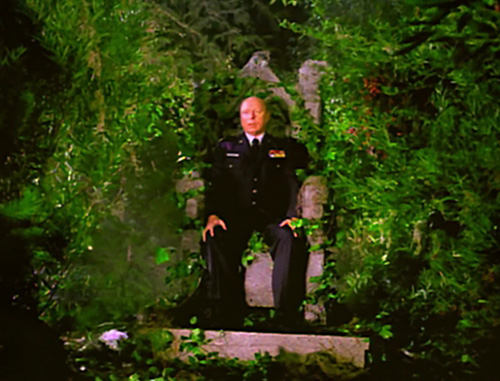 A solo script credit to Harley Peyton and Todd Holland’s last of two directorial stints, Checkmatefeatures several significant developments tipping the wink that the show will soon begin to struggle out of its season two morass. 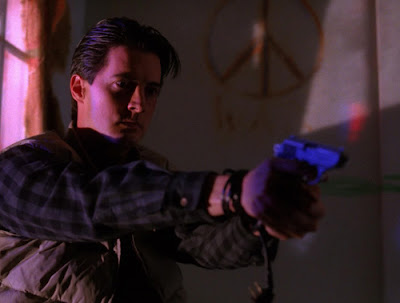 Special Agent Cooper: Is my death so important to you?

As ever, the main Coop plotline is the most diverting, even if the execution (literally) of the Jean Renault revenge storyline’s finale is slightly rickety. Sweaty Ernie blows his wire at their Renault drugs meet, endangering him and a duded-up Denise (“You can call me Dennis”). Deputised Coop offers barters himself and, if the confrontation isn’t all it might be, that’s merely a reflection of a less than riveting Jean plot in the first place. 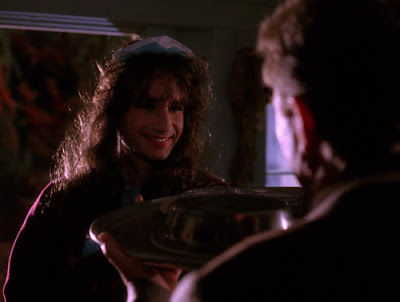 Renault certainly reveals himself to be not such a mastermind. Against all common sense a reconstituted Denise (it’s like Big John Little John; Dennis and Denise are never in the same room at the same time) is allowed to deliver pizza (“Let her come, it’s just a girl”). Coop snatches a cunningly placed gun from Denise’s garter, and Jean is toast. It’s also goodbye to Duchovny, who did good in a trio of episodes that unfortunately came at the series’ nadir (“It was just my legs”). 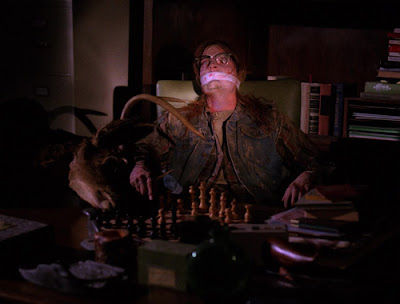 No sooner has that plotline been exited than Windom Earle’s gathers pace, with the ex-Fed causing confusion by lighting fires. His objective: to deliver a human chess piece/victim. It’s notable that this is early ’91, and Lynch the series has the jump on the serial killer victim variations-on-a-theme premise that would inform a ‘90s subgenre. 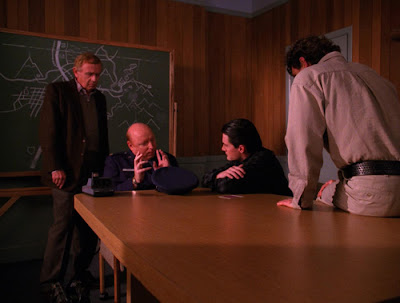 Major Briggs: Everything is known to me, but somehow beyond my reach.

That’s about it for Coop in this one, aside from the dismayed look he gives a donut with a bite taken out of it (by someone else). And the opening interrogation of the returned Major Briggs. We learn that, amongst his many skills, he is immune from regression. 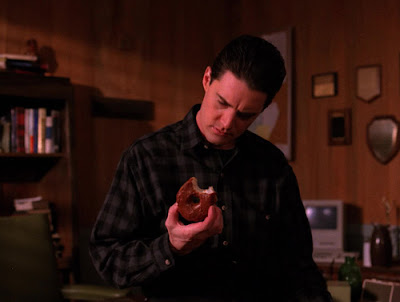 He can’t quite recall what transpired during his missing time, but a giant owl featured. And, very X-Files, he has three triangular scars behind his right ear in perfect proportion. Briggs trots out the “That’s classified” mantra (at least one an episode wouldn’t be the same) but drops some clues about how project Blue Book was disbanded in 1969 (one can hear Mulder scoffing) yet continued in an unofficial capacity; one aspect of this was the “search for a place called the White Lodge”. 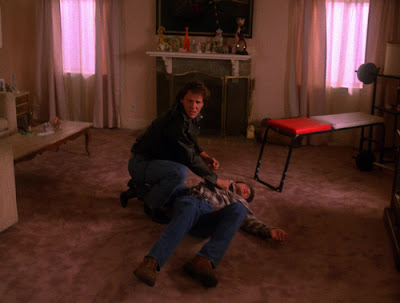 Elsewhere we’re witness to the much-deserved doing for of Hank. Owing to his following of Norma, who finally consummated her passion with Ed, Hank misses arrest at the bust. He begins wailing on Big Ed, only for Nadine to arrive at beat the shit out of the rotter. This, after planting one (a kiss) on Mike in the diner. There’s something a little female gremlin in Gremlins 2 about her seduction of Mike. 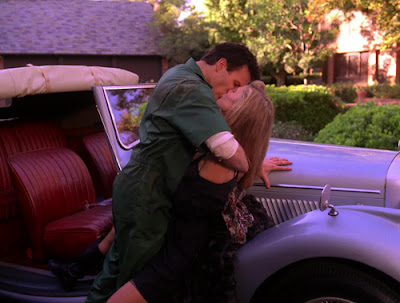 The rest is the (now) usual less than scintillating business. Andy and Dick visit the orphanage to investigate the Satan child. James is all mopey-dopey, and then quite shameless as he takes Evelyn Marsh in the harsh courtyard daylight. Powerful aphrodisiac, champagne. “Brother” Malcolm looks on, the perv. Although you could hardly miss them. 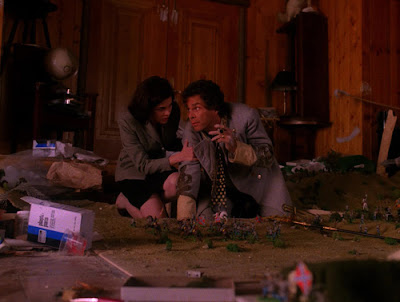 There’s more Josie and Harry, more Catherine and Ben, although the best line in his weak swill aberrant mind plotline is “You’re standing on general Stuart” when Audrey doesn’t look where she’s going. 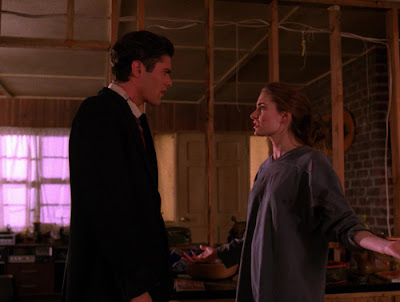 Bobby is being a right little prick, and fully deserves his slap when he announces to Shelly she can look after Leo as he’s got better things to do. Leo has woken up, however, and Holland over stokes the double climax (the other being the discover of the chess piece) with Leo looking like some kind of clown while a clockwork doll freaks out Shelly. 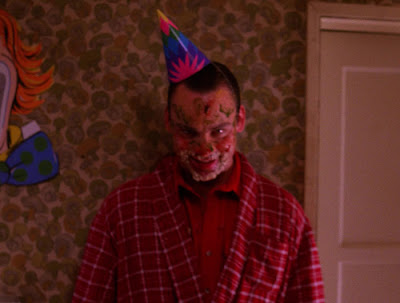 Leo may be awake, but he’s not going to turn the tide his way; the extent to which the character is turned into a punching bag for whatever steam the writers want to let off next is a constant source of mirth, and credit is due to Eric DaRe for being so stoic/deadpan. His encounter with Windom Earle will open up a whole new world of pain. 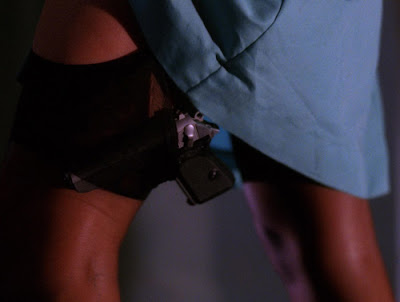 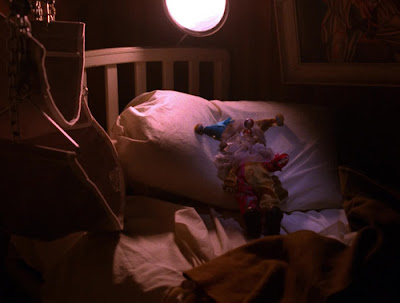 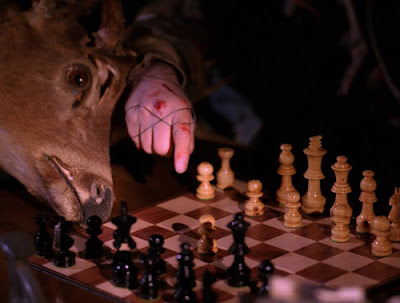