I could tell you a few queer things about this business. 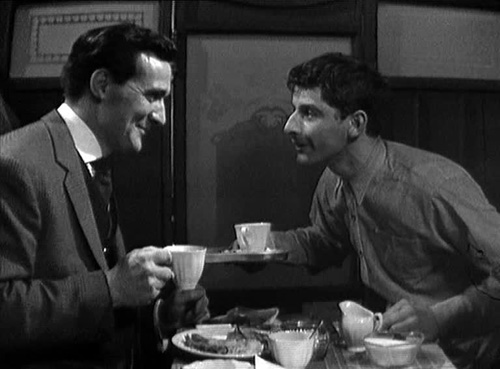 The Avengers
2.2: Dead on Course

The premise of Dead on Course feels much like archetypal (later) Avengers fare; dastardly goings-on in an isolated village are a mainstay of the series. For the most part this keeps the episode afloat, but it lacks the quirkiness of the show’s future format and so draws attention to the daftness of the scenario by playing it all a little too straight. And with this title, a few years later and it would involve murderous intrigue on a golf course. 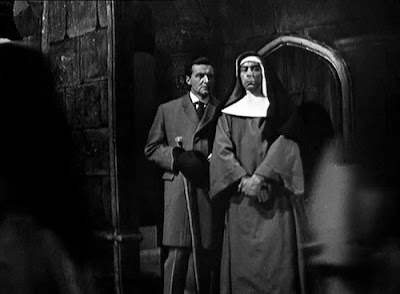 Still, there’s a fair bit of intrigue in Eric Paice’s teleplay; this isn’t one where it’s clear early on who’s doing what and why. Sure, we know something’s suss about the convent as soon a man dressed as a nun answers the door (Steed doesn’t seem to notice), but the subterfuge of Donal Donnelly’s barman O’Brien is such that even after he is exposed as the ringleader it’s difficult to swallow that he actually is. 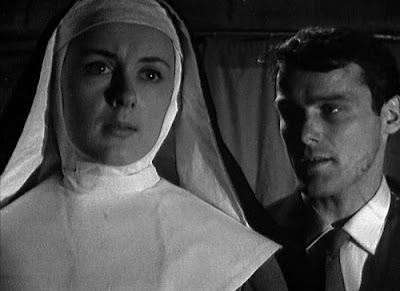 Dodgy killer nuns (with machine guns!) is about as Avengers as they come, although this one is set in Ireland, rather than the customary sleepy middle England (in spitting distance of the town of Shamrock, no less) and has Steed and Dr King investigating the latest of several plane crashes. 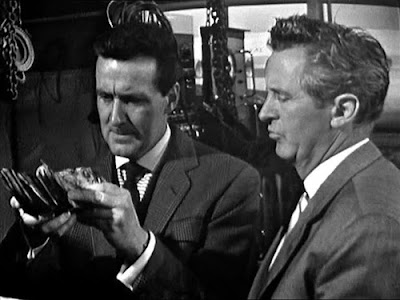 The scheme bears little scrutiny; a coterie of villagers and imposters at the convent have set up a beacon to encourage planes to crash in fog and thieve the cash delivered to a Canadian bank. Steed isn’t exactly hard-pressed with some of his detective work either. He tells surprised flight attendant Deidre (Elizabeth Murray) he knew she was married to the co-pilot because her name was on his ‘notify next of kin’. 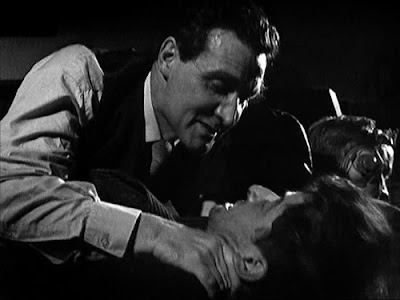 Because this one’s fairly down-the-line, it’s Donnelly who steals the show, mostly during his interactions with Steed. He’s doing a stereotypical lazy Irishman routine to be sure, but at least there’s a plot motivation for his doing a stereotypical lazy Irishman routine. O’Brien tells Steed he promised on his mother’s grave not to talk about what he saw… until Steed offers him cash (“Well now, sir, seeing as me mother isn’t actually dead yet”). 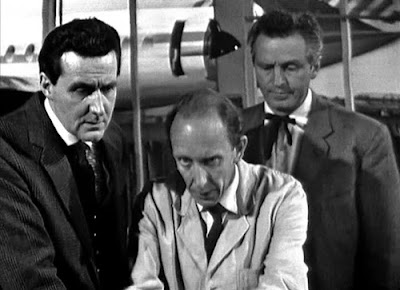 Besides Donnelly, John McLaren plays the flight manager in best Lloyd Bridges in Airplane! style (he’s been “tramping through the bog half the night”). He and Steed – who still has his pilot’s licence –embark on an impromptu flight of their own for the climax. Peggy Marshall is suitably imperious as the not-really Mother Superior. Nigel Arkwright is a dismissive crash investigator disgruntled that Steed knows what he’s talking about. 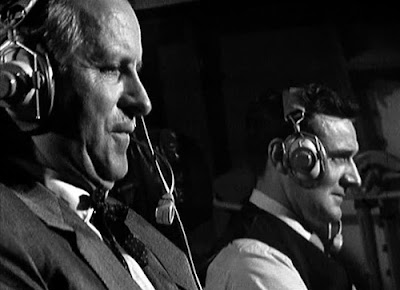 As usual Macnee carries the proceedings through being an effortless charmer; it’s difficult to recall much of King’s behaviour (he’s ostensibly called in for his skills with corpses), although they spend most of the time separated. On being served an Irish coffee “laced with spirits” Steed instructs O’Brien, “Have one yourself, without the coffee”. O'Brien compliments him, "you're a very clever fellow. A very clever fellow indeed", which is true enough but amounts to buttering Steed up with blarney in order to put him off the scent. 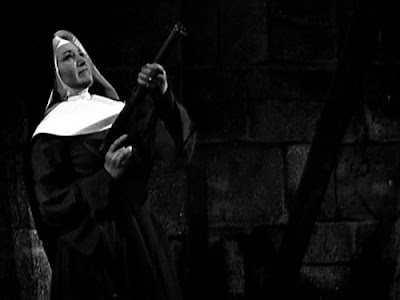 I found this more engaging than Mission to Montreal, despite, or perhaps because of, the dodgy Irish accents, the dead pilot blinking in close-up at the advert break, and the ludicrous exposition (“It was if she was living the life of a sister for the first time” a genuine nun informs King). 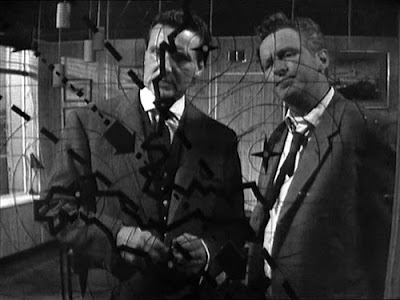 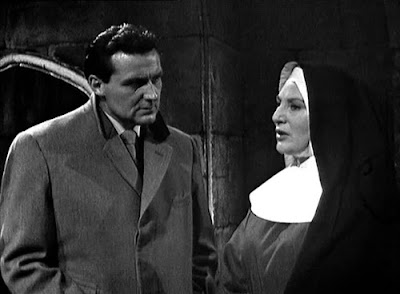