I think they were after you. Your dressing gown’s absolutely ruined. 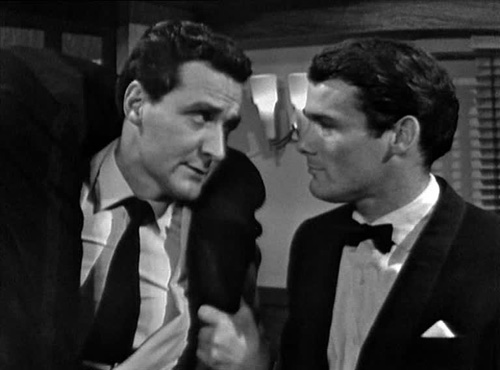 The Avengers
2.1: Mission to Montreal

The first episode of Season Two is a stodgy affair, notable mainly for one of three appearances by Dr Keel-a-like Dr Martin King (utilising scripts written for Keel in the first series, before it was known Ian Hendry would not be returning). In Keel’s absence, Steed becomes the welcome lead, but you wouldn’t know it here aside from his handling the concluding fisticuffs. 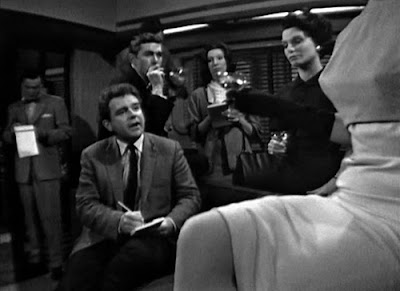 Mission to Montrealfinds King (Jon Rollason essaying another healthy-smoking medical practitioner) and Steed engaged in a bog standard “secure the stolen microfilm” case, the only distinguishing aspects being its shipboard setting (headed for the city of the title) and the rather unlikely circumstance of a movie star being in its possession. King is required to administer physician’s duties to the star in question, Carla Berotti (Patricia English). She’s on the edge, addled by booze, pills and the murder of her stand-in (a case of mistaken identity). 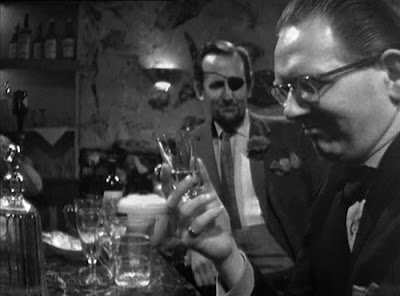 While there are twists and turns of who’s really who and is doing what, and the occasional red herring (Gerald Sim is much more sinister as “a sad little drunk who wanted to crash the party” than any of the actual villains), the focus is very much on King and Carla, and lacking much spark as a result. Rollason makes King a rugged, square-jawed dullard with neither the charisma of Steed nor the intensity of Keel. He’s certainly no Harry Sullivan as ship’s doctors go. 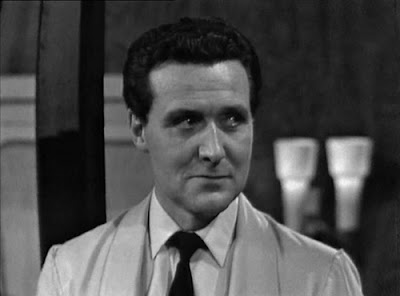 This wouldn’t be so bad if Steed was able to balance things out or the script (from Lester Powell; his second and final effort for the show) had sufficient zest. Unfortunately, Steed doesn’t show up until 20 minutes have passed (it gets to the point where one fears the worst, and we’ll be stuck with King for the duration). When he does, Macnee is a charm offensive, posing as a steward (he thinks the outfit rather suits him, and innocently boards via the passenger gangway) and liberally insulting King’s wardrobe as Jeeves to the doctor’s Wooster (King denies that he is attracted to Carla, and Steed replies “If you are, don’t let her see you in that dressing gown, old boy. It’s death to the most rudimentary form of romance”). 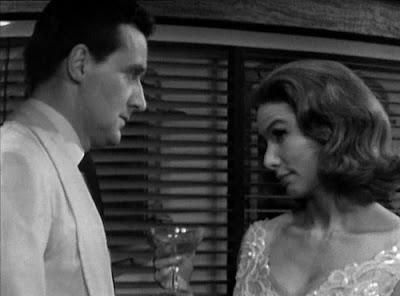 He also amusingly adjusts his tie in anticipation when a drunken Carla, following the collapse of her party, is looking for someone to dance with – until she remembers the impropriety of a first class passenger dancing with a steward. Steed does seem quite at home stewarding (he has excellent champagne pouring etiquette) to the extent that he has to check himself in the last scene when, familiarly bowler hatted once more, someone calls for a steward. 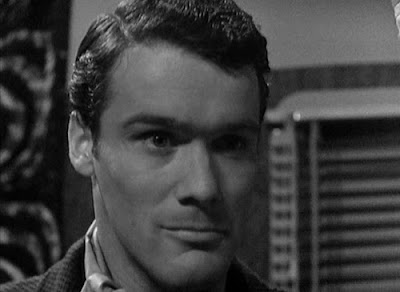 The opening section appears to be playing slightly with King’s status; is he a good guy or not (Carla is suspicious of him, and the viewers wouldn’t know him; although this was the first to feature King, it wasn’t the first Season Two episode broadcast)? Rollason is unfortunately unable to muster much viewer interest in that idea. 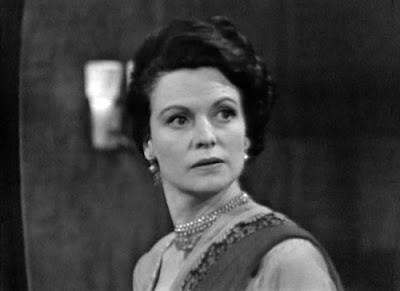 The supporting cast are more reliable in that regard. English rather indulges the opportunity to play an over the top souse (“I’m a junkie now!”), but Iris Russell is particularly strong and steely as the nurse/spy ringleader Sheila Dawson. 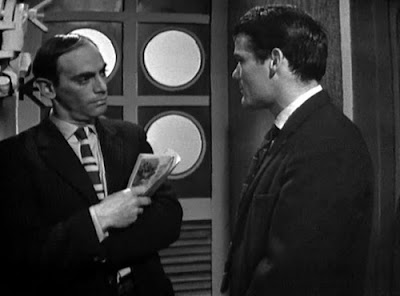 Alan Curtis (Major Green in The War Machines) is a surprisingly affable heavy, instantly identifiable as a villain by the eye patch he sports. John Bennett (Li H’Sen Chang in The Talons of Weng-Chiang, Coser in Blake’s 7’s Weapon, as well as an appearance in the final season of The Avengers) is rather wasted as Carla’s bodyguard Guido Alliaceous Marson while Mark Eden (Marco Polo) does his usual handsome fella routine as Carla’s husband and the one who put her up to the subterfuge. 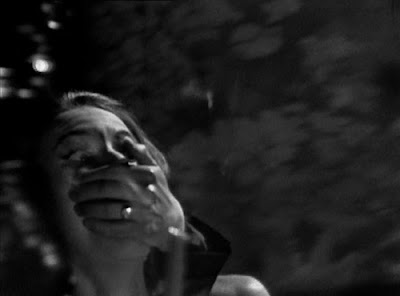 Don Leaver, who directed the first Avengers episode (and helmed 20 in all), handles the whole thing confidently, enjoying the occasional riff on movie clichés. When Carla is interviewed by the devoted reporters, only her foregrounded profile is seen (legs and bust). Then there’s the fake-out opening, the sort of thing Brian De Palma would much more lasciviously indulge in Body Double. Carla is seen screaming as a man assaults her. It might be the opening of a typical thriller show, or indeed an episode of The Avengers. Then cut is called and we realise this is a film set. But a minute or two later the same things happens again, for real this time, with Carla’s stand-in as the victim (“I’ve made a most terrible mistake, I’ve come to the wrong dressing room” announces Brand). 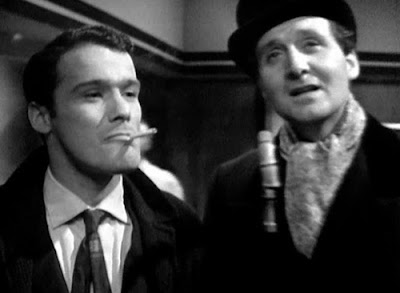 Aside from Steed and Curtis’ upbeat assassin, this is merely passable. Dr King feels like a stopgap replacement for Keel even if you don’t know that he is, and the things that work for Steed (King doesn’t even have any background to speak of) just serve to underline how routine he is. 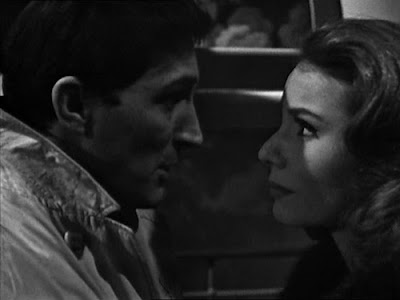 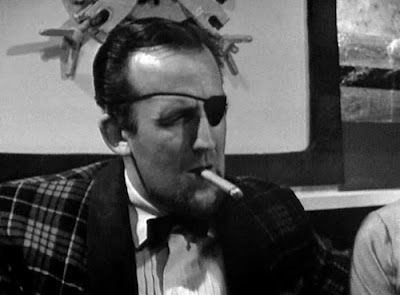 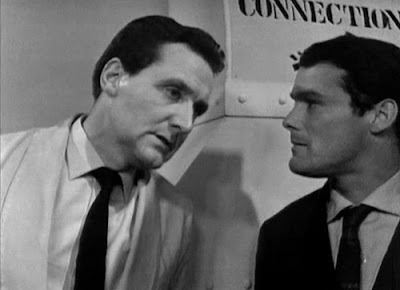