You don't want the bumpers, life doesn't give you bumpers. 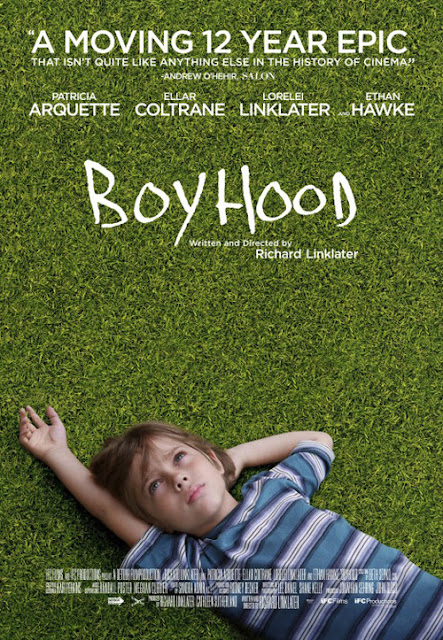 (SPOILERS) Richard Linklater’s one-time shoe-in Best Picture winner went from being early favourite to also-ran as the initial wow factor of its logistical achievement subsided. Making a film at intervals over a 12-year period is indeed quite something, but more impressive is how it achieves its storytelling goals seamlessly and subtly. It has no earthly need to be nearly three hours long, yet it never becomes a chore to watch, despite its young protagonist having resoundingly uneventful formative years. The drama occurs on the periphery, as do Linklater’s less measured indulgences. This is where you can hear the same guy who made the Before… trilogy voicing his adorably trapped-in-amber student philosophising and political discourses. 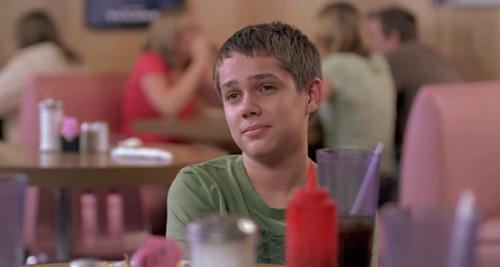 Perhaps the most surprising aspect of the picture is how passive Mason Jr (Ellar Cochrane) is. That’s not a negative in this case, although it may be for some; we follow Mason Jr from the age of six and, the odd flare up aside, he never becomes a clichéd troubled or rebellious youth (perhaps that is really why his girlfriend calls him weird, since there are no other obvious indications). In a genre (and reality) where this age range is always the end of the world for those experiencing it, it’s interesting to see a teen go apparently untraumatised through such turbulent times, a contemplative observer, even as his domestic situation undergoes tumultuous change. 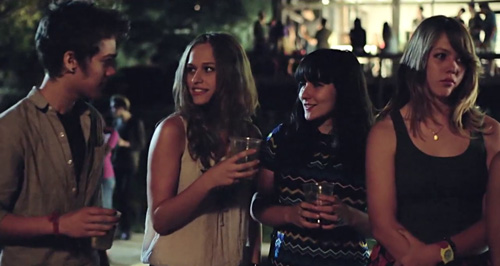 Cochrane isn’t always the most naturalistic physical performer, but his understated manner helps him along (more consistently impressive is Lorelai Linklater as his sister Samantha). Linklater only comes unstuck when he attempts to foist his own preoccupations on the character, diving into the kind of shallow stoner contemplation that is probably his most consistent trope. So Mason Jr musing on how we’ve become robots through technology is a bolt from the blue; where did that come from? At least his campaigning for Obama has the touch of dad (Ethan Hawke). 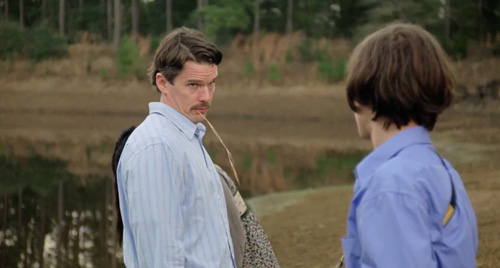 That’s the main problem here. If you’ve seen enough Linklater films you recognise the same conversation clusters repeating. One can put that down to the “like father, like son” influence here, but Hawke’s Mason Sr is a slacker version of his Before… character. Political punctuation points never feel finessed, so the War on Terror repeatedly intrudes on the conversation with a big arrows pointing to it. While Mason Sr’s wife’s family turn out to be Bible bashers, Linklater at least exercises some restraint in not making them evangelical crazies. They still give Mason Jr a shotgun for his sixteenth birthday, though. Linklater handles the way in which kids are wont to idolise the less-than-perfect absent parent perceptively, but his parting shot of Mason Sr’s empty wallet when he offers to contribute to his son’s graduation party is clumsy at best. 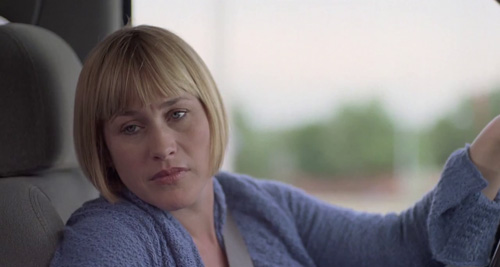 The best passages are those focusing on the experiences of mum Olive (Patricia Arquette, more than earning her Oscar statuette) and her serial lack of luck with the men in her life. Marco Perella amps up the charm as her second husband and former professor, until his drinking problem manifests as spousal abuse. Perella perhaps isn’t so good with the dramatics (the tense meal scene featuring flying glass borders on parody at moments; I could easily see Will Ferrell performing it), but Arquette contrastingly carries these episodes powerfully. We also witness her repetitive cycles and tendencies matter-of-factly; her passivity in relationships until the situation snaps and she is compelled to act, and the recurrence similar types recur in one’s life; Jim (Brad Hawkins), her next beau, is a veteran and one of her students (a little too neat mirroring there of her previus hubby) and he too has problems with drink. Her moment wondering where life goes as her kids leave the roost and she moves house is somewhat telegraphed, but poignant nevertheless. 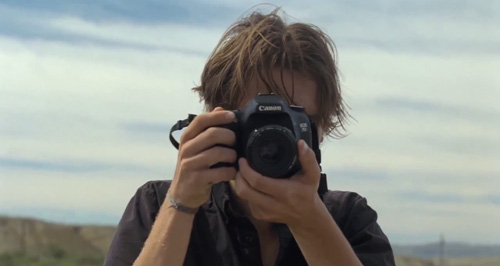 Being in part an exploration of his own upbringing, it’s probably no surprise Linklater should have Mason Jr gravitate towards a career in the arts, so its welcome that he doesn’t opt to have his alter persona offered everything on a plate (his photography teacher advises that talent isn’t enough on its own). Generally though, Linklater’s film is more successful when he doesn’t announce his themes and indulge his pop sensibilities. The picture begins with the easy emoting choice of Coldplay’s Yellow and ends with a space caked rumination on how we don’t seize the moment, “the moment seizes us”. Both are Linklater at his most Linklater, but in between it’s the restraint and contemplation that impress the most.