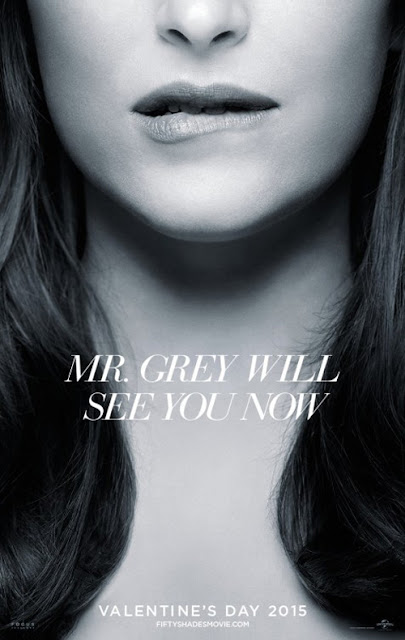 I had no avid desire to see Sam Taylor Johnson’s adaptation of E L Gray’s novel, but I was curious about it – in the same way I am any big hit such as a Transformers or Teenage Mutant Ninja Turtles. There’s no point pretending to have an opinion on something you haven’t seen. I haven’t read the novel, nor likely will I, but more power to Gray for getting her Twilight fanfic repurposed as erotic fiction; seriously, I don’t get the naysaying there (her prose may be a different matter, but as I say, I haven’t read it). Fifty Shades of Grey the movie? Well, its handsomely made, but it’s exceptionally dull.

I don’t think I’m probably that different to Fifty Shades devotees on that score; it seems to have been greeted generally with an “It was okay, but…” from those I know who have read the novels. My impression generally was of a wish-fulfilment fantasy a la Pretty Woman but with added (very coy) S&M. Well-performed with lip biting zeal by Dakota Johnson (appealing, but I could only observe how much hotter her mum Jennifer Ehle is) but only sociopathic impenetrability by Jamie Dornan (he’s more diverting dogging Gillian Anderson’s every move in The Fall, but one can only imagine how much worse it would have been with Charlie Hunman).

Johnson’s Ana Steele is clearly gagging for it from the first moment we see her, very difficult to countenance as virginal despite her protests (conversely, Julia Roberts was very difficult to countenance as a hooker in Pretty Woman), and rather tepid in her objections to poor Christian and his desire to dominate (he was turned to such malarkey as an impressionable adolescent, it seems).

The problem is, the movie is dramatically inert. A usual arc in a standard romance would be to have a whirlwind affair (such as Prince Charming piloting Cinders to to Seattle by helicopter, a glider jaunt, having her meeting the parents, etc.) followed by a breakup followed by a final reel reuniting. This merely gets to the point where Ana has had enough submitting (which she didn’t seem to do very submissively anyway) and flouncing off because she can’t change her man.

Even in its longer form, this is a very prudish S&M movie, never going so far as to show nasty bits and pieces, drawing the line at fringe pudenda. The sight of Callum Keith Rennie as Ana’s dad is a reminder of how sexual matters can be broached in mainstream Hollywood if given a sense of fun and competent storytelling (Californication), but this just plods along, attempting to create a luxuriant canopy of taste from the first scene, to the sound of ‘50s crooning.

Fifty Shades of Grey is too lacking in any kind of bite to denounce it as other than a tepid affair that could probably only have been salvaged had someone with Paul Verhoeven’s unreconstituted revelry in matters sexual been unleashed on it. One wonders how a picture with such sweeping bad notices (but still more than half a billion box office) goes the (three?) sequels route. Maybe James Foley will be able to turn the next one into something beyond a book on the bedside table, and shitty movies didn’t stop Twilight breaking the bank, of course (in contrast, the Divergent series is lighting no one’s fire). Which is to say, Fifty Shades might seem like a no-brainer, but one wonders how much this kind of material can ever make a passable movie (for other “erotic” snoozers, see Indecent Proposal and 9½ Weeks).