The inside of that box is probably seething with space poison. 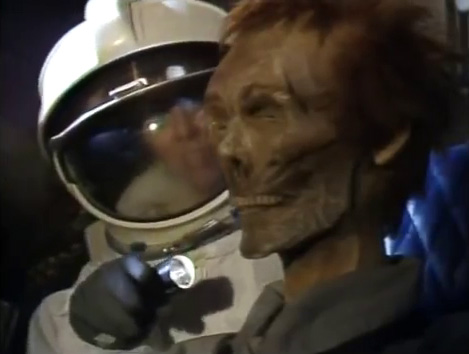 A not-so-clever play on words for what is at times a highly intriguing first episode from John Collee. Graeme Harper is again invaluable in creating a strong atmosphere. I recall rating this one particularly highly, based on the moody exploration of the vessel Pluto 5 and wizened corpses discovered (resonant of both Tobe Hooper’s Lifeforce and the mummified pilot in Doctor Who’s Terminus a few years earlier). On the significant downside, it’s Japanese stereotypes in the spotlight this week. 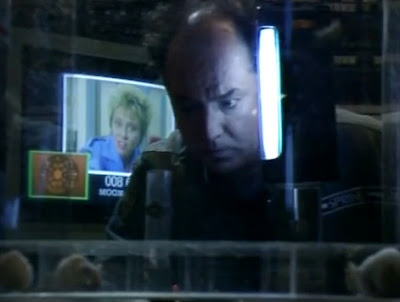 Scientific experimentation unleashed is again the subject of In Warm Blood, although whereas in Trivial Games and Paranoid Pursuits it was a reveal, here the mystery is how precisely the research does or does not connect to the case. Soon after the ship adrift in the asteroid belt for a year and a half is discovered (giving Evans a chance to overact, never a good idea), an old chum of Krivenko, Christina Janssen (Dawn Keeler), is found dead in her research lab. Nathan suspects suicide as a consequence of her hearing the news, particularly when archive news reports suggest her Nobel Prize winning drugs came about through result of unwarranted testing. 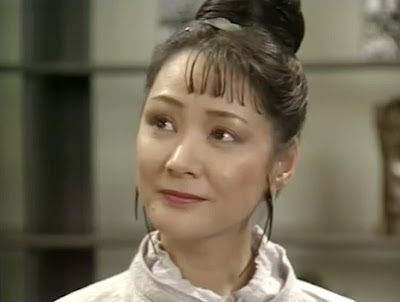 Spring: She’s Japanese, she’s a doctor, and her name is Anna Shoun.

And of course, that turns out to be it. The drugs the crew were taking, to counteract the effects of hypo-gravity, were just fine until the temperature hit 41 degrees centigrade, at which point their blood clotted instantly. Funding Janssen was Japanese multinational Hanimed, who put future Star Cop Anna Shoun on board (Sayo Inaba) in order to study the scene and report back to their CEO Richard Ho (Richard Rees). 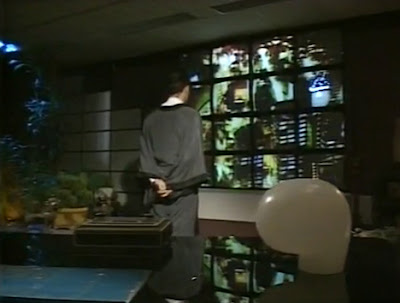 Shoun: I refuse to betray the trust of my people.
Spring: They’re using you!
Shoun: As are you.

Harper seems keen to evoke Blade Runner on a micro budget (large segmented video monitors, futuristic video phones), but is hampered by a script indulging laboured mugging over traditional greetings and questions of honour. Inaba is pretty, but not wholly convincing. I don’t think I realised Calder voiced Box when I first saw Star Cops, and his inflection is really very good, particularly his quizzing by Nathan over whether he uses people (“It is part of your job to make people act against their natures”). 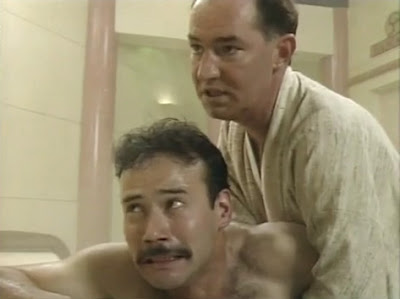 Ho: For the majority to benefit, a few must always suffer.

Nathan has an effective, if obvious confrontation scene with Ho, where he pretends he has drugged him and turns up the sauna and, as a matter of fact piece on corporate greed, In Warm Blood is effective and pertinent. It’s in the attempts at multi-culturalism that Collee and co display a tin ear. Obviously then, the episode has Devis plus exercise bike in full effect, (“There you go, Colin, someone new for you to leer at”), identifying Anna as a “cheerful Chink”. But what was there any need for final moments, where he does a mock-martial arts bow and cry before running at David? It’s excruciating. We also have to put up with groaners like, “I was asking you as a doctor, not a Buddhist”. Even the music gets in on the dubious act. 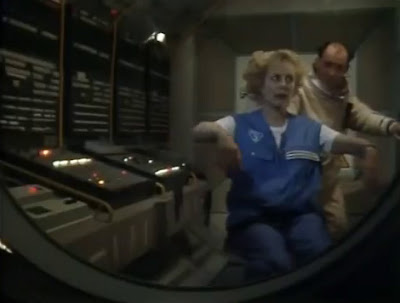 One interesting element indulged by Harper is the Altman-esque cross conversations; they’re very much in force, sometimes to irritating effect. Harper’s work is impressive, although it’s somehow the budget limitations are always more obvious here than his Who work of the period. That might partly be the entire VT production. It might also be the tiny cast and limited locations. Like last episode’s Italy scenes, when it comes to recreating a country in a few sets, you’re probably on a hiding to nothing trying to pull it off convincingly. His space work is first rate, though. 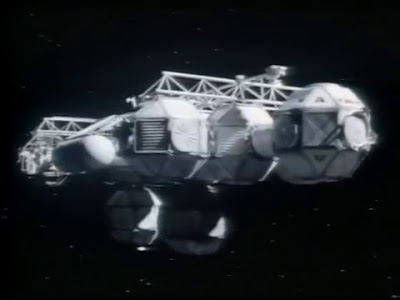 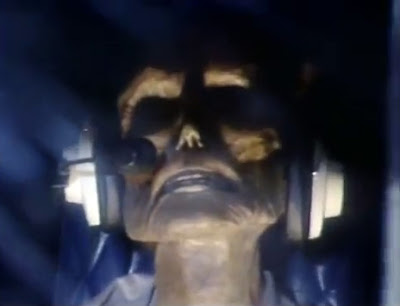 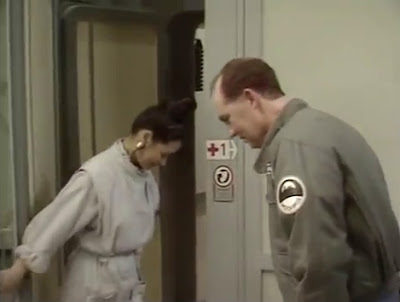 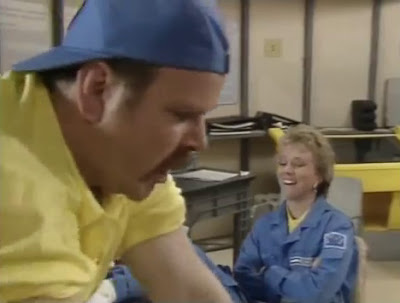 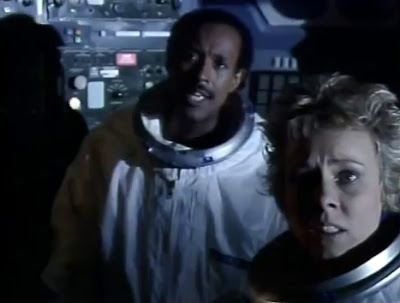 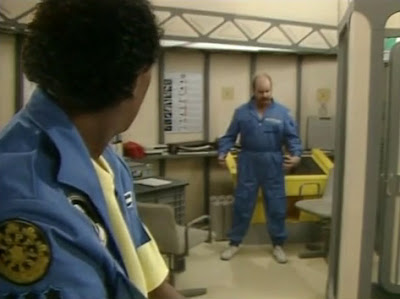