You must stop the Mafia from poisoning space. 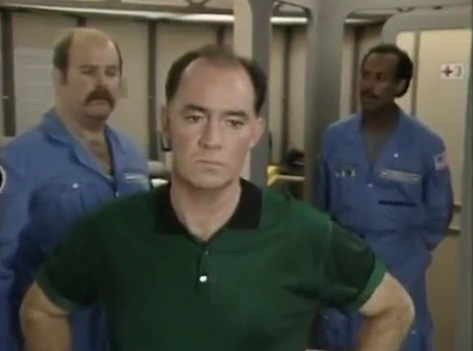 Star Cops
5. This Case to Be Opened in a Million Years

Another superb title, but Philip Martin’s debut for Star Cops, despite a twisty narrative and a number of red herrings, can’t quite live up to it. This one goes completely overboard with the stereotypes, to such an extent you can’t quite believe this is supposed to be played straight, and not a commentary on such things (as with Martin’s excesses in the earlier Gangsters). Suffering the most are the Italians, completed with Joe Dulce-style ker-razee accents that wouldn’t be out of place if the “French” policeman from ‘Allo ‘Allo went on a cultural exchange visit. 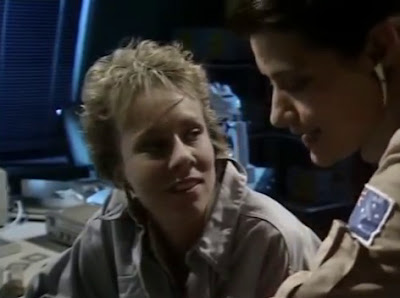 Graeme Harper’s at the reins again here, which means the episode looks suitably moody, although he isn’t as assured as in his debut. Or maybe it’s just that so many adverse elements are attempting to confound him along the way. The premise that isn’t really the focus of the plot (it’s a means to the bad guys’ end) is an “of course they would” sure thing. Instead of brushing it under the carpet, nuclear waste of the future is sent into the far reaches of space (where it will float undisturbed with the advisory that it not to be opened for the titular time period). If there were any aliens in Star Cops, I’m sure they’d have something to say about this, but since they aren’t its left for we the viewers to wonder at how human irresponsibility knows no bounds, and guess the reason they probably aren’t doing this already is most likely only because of the safety issues it getting it from here to up there. 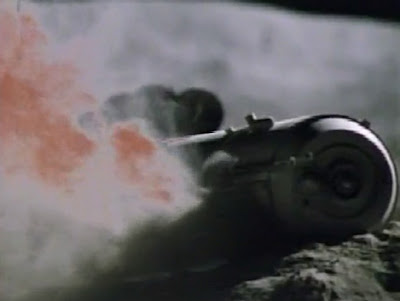 When one of the rockets crashes on the lunar launch pad, Nathan and co are called in to investigate, except that Nathan is quickly sent on his required Earth bound leave of seven days. He’s chatted up by a very Italian woman on the shuttle (as in not at all, played by Vikki Chambers), who persuades him to meet her in some catacombs for a failed hit by a guy the Cops just busted for drugs (Andre Winterton). This is the beginning of an attempted frame-up of Nathan, in which he licks a bar of heroin and has his snap taken by the (corrupt) Italian police (who he’s already insulted, just not as much as Colin “Eyeties” Devis). The authorities (including Krivenko) don’t seem very supportive of poor old Spring, who is temporarily relieved of command under charges of corruption, smuggling and murder. 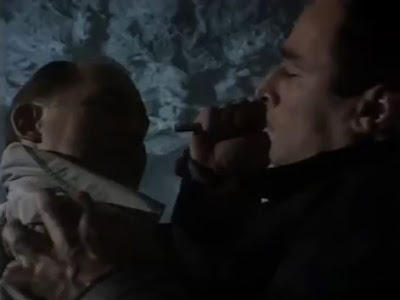 Spring: Go to hell, Box.
Box: Is that reachable by Strato-Transcendent Flight?

The man behind it this convoluted scheme to discredit Spring (and Star Cops) is Carlo Santanini (Michael Chesden), in league with Marla Conderini (Susan Curnow) to illicitly sell uranium to smaller nations (not the “Big Five”), using a handy disused space station as a drop off point. There wasn’t actually any nuclear waste on that crucial flight. Nathan’s instincts make a good showing here, although quite why he gets so scared (to the point of throwing up?!) when David rescues him is anyone’s guess. Realism (hardly, after Santanini has just helpfully delivered a Scooby Doo explanation of his scheme)? It just seems weird. 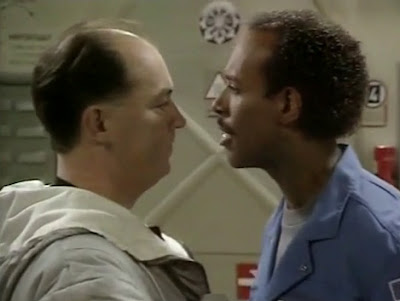 Spring: I didn’t find it, and you saw what you wanted to see.

David’s given some unfortunate backstory in this one, where we spend much of the episode wondering why he’s so fearful and grouchy post the nuclear incident. He just wants to close the case (pondering whether a computer reconstruction produced by the company at the centre of the disaster is “enough of an investigation”; doh!), which involves Evans showing of his limited acting chops on repeated occasions. Worst of these is his account of the accident that befell his “poor ravaged father” and “I watched the process of destruction that ended in his death”. Not the most deliverable of lines, admittedly, and Evans duly stumbles with them. 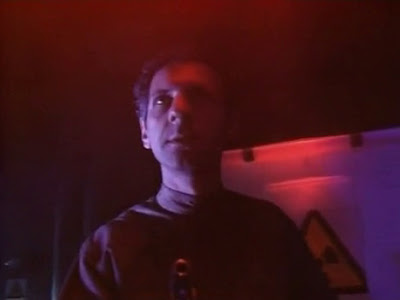 Chesden really overdoes his “I’m suspicious but not really” act, although Curnow is much more convincing, and has some good vicious moments with a blowtorch and Kenzy (“You bloody bitch!”) as the latter attempts to infiltrate her gang. Newton tends to work well in all the ways Evans doesn’t, while Cooper continues to embrace Devis’ boorish ignorance for all its worth. 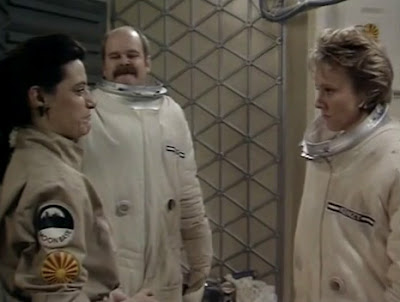 Along the way, we there are moonquakes, and we are told that Nathan holds Eurodollars, presumably intended as a future currency rather than its existing meaning, so something will bear its legacy even after the Euro imminently collapses! This is an episode where Santanini comments, “Revenge is still a tradition with us”, presumably because he’s watched the Godfather trilogy on loop. The stereotyping really is that bad, and there’s a feeling that the most interesting part of the episode, the “real science”, has been ignored for a less scintillating smuggling plot in a manner Boucher would have avoided. 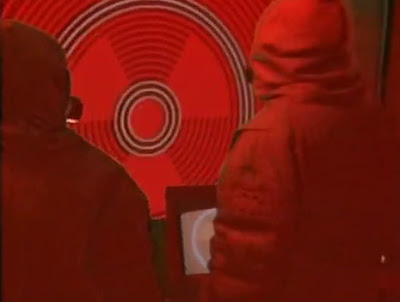 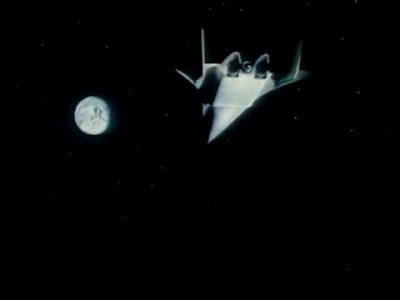 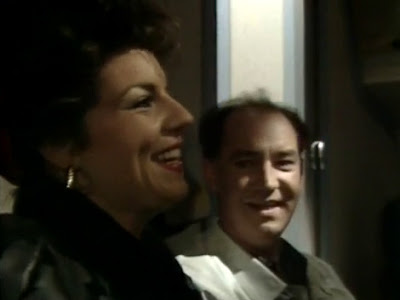 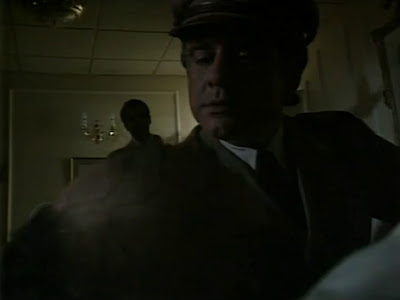 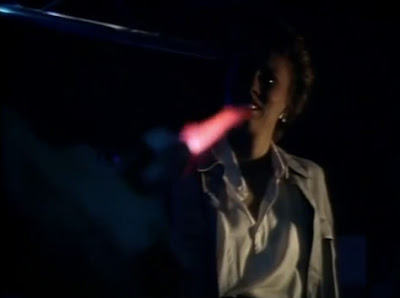 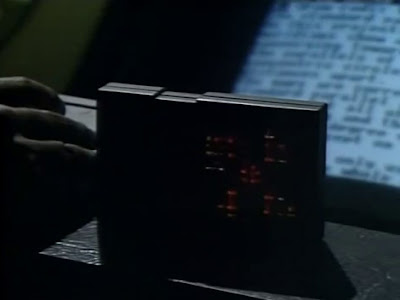 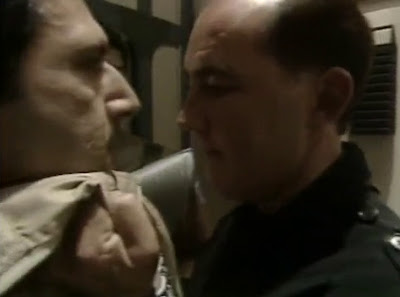