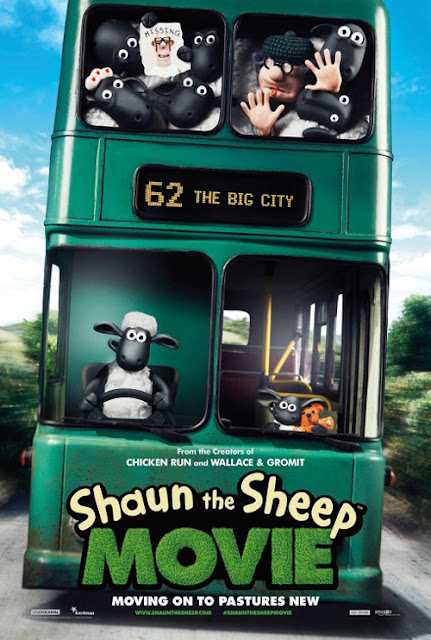 I haven’t followed the success of Wallace and Gromit spin-off Shaun the Sheep throughout its four TV seasons, so I bring little prior knowledge to his big screen debut aside from Shaun himself, and that’s from his appearance in A Close Shave. Which evidently isn’t necessary; the movie is 99% Fresh on Rotten Tomatoes (for what that’s worth) and StudioCanal has already commissioned a sequel. Yeah, Shaun the Sheep Movie is good fun; slight, amiable, but anyone expecting the level of inventiveness and delirious pace of Curse of the Were-Rabbit will be a touch disappointed. I guess I just expect Aardman to be consistently forward pushing, rather than relying on a cash cow (albeit, Shaun’s the lowest grossing of their big screen efforts, helped by being the cheapest). But that’s the way of things (just look at Pixar and their redundant sequels). It’s three years since The Pirates! In an Adventure with the Scientists! which I really liked (Shaun’s budget is less than half that feature’s, and it shows). Their next effort, due in another three years, is titled Early Man, which is hopeful if only because if the title is indicative it’s a very difficult sub-genre to spin into a successful movie. 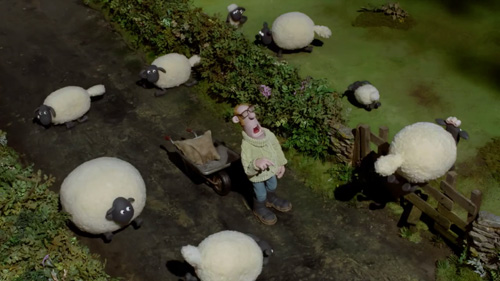 The plot is wafer-thin; looking to take the day off, Shaun and his fellow flockers send the farmer sleepy-byes by getting him to inadvertently count them. Unfortunately, the caravan they deposit him in ends up running away. With an amnesiac farmer in the city, taking up a career as a hairdresser/shearer, it’s up to Shaun, his sheepish clan and faithful hound Blitzer to retrieve him. Which involves fending off the attentions of a vindictive animal catcher. 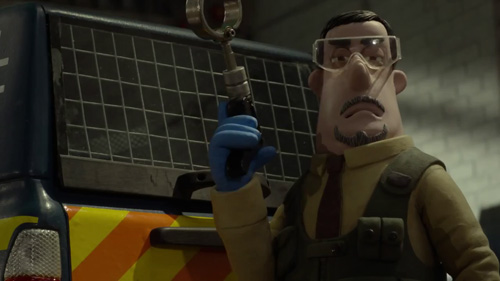 Kudos for making what is, effectively, a big screen silent animated movie (the characters speak in grunts; that said, Justin Fletcher, John Sparkes and Omid Djalili deliver great grunting performances), except that might lead one to expect bigger and more elaborate set pieces to complement the conceit (a la Buster Keaton or Harold Lloyd). Shaun is mostly content to amble through its 85 minutes, such that it feels its length. 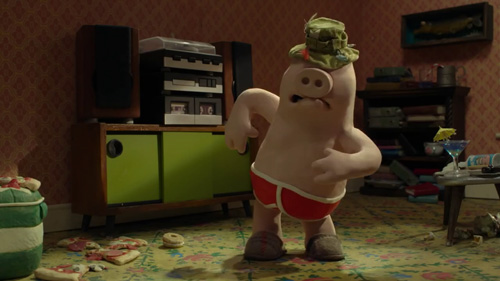 There’s also an unwelcome pop sensibility present, no doubt misguidedly designed to broaden the picture’s appeal but only succeeding in making it feel slightly generic. Ash’s Tim Wheeler provides the title song, and there’s a rap from Rizzle Kicks over the end credits. I did really like the intrusion of Primal Scream’s Rocks, however, to scenes of pigs in their underpants making a mess of the farmer’s house. 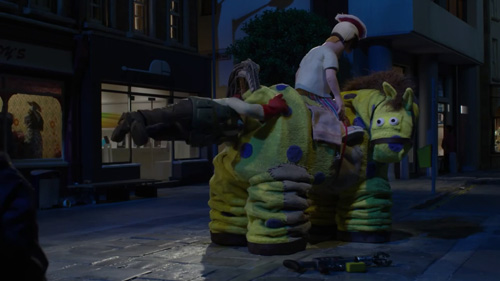 That’s the thing about Shaun the Sheep though; it’s the incidental pleasures that score rather than the attempt to furnish it with a plot (I have to admit, I missed most of the cited movie references in there). There’s a liberal does of belch, bum, fart and poo jokes (they’re funny, but I’m sure it wasn’t such common currency when I was a nipper); the animal catcher (A.Trumper) even ends up with his head up a (pantomime) horse’s arse. 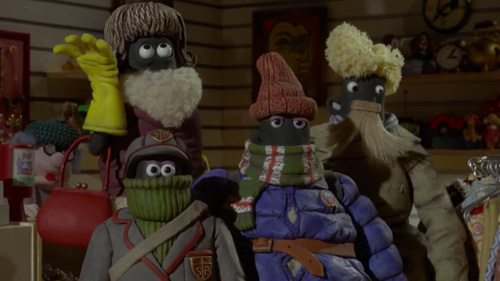 An extended gag takes the drag tradition a step further (most recently celebrated in the superior Paddington); instead of men dressing up as women, sheep dress up as women (I guess that isn’t strictly drag), and the animal catcher is duly smitten with a couple of sheep dressed as a woman. Which is sort-of brilliant, but never quite as brilliant as it might be. 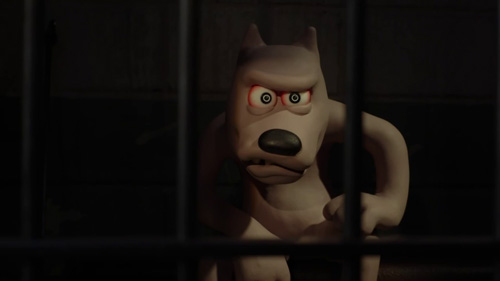 It’s partly down to everything else in the picture being more interesting than the sheep, even the sheep when they’re pretending not to be sheep. A sequence in a restaurant has a patron with a fish on his head putting his hands in a lobster tank, and it evidently tickled the animators far more than endless sheepishness. Likewise, a visit to the pound finds a staring dog psyching out anyone (Bitzer) who makes the mistake of looking its way, and features an iguana blowing raspberries. 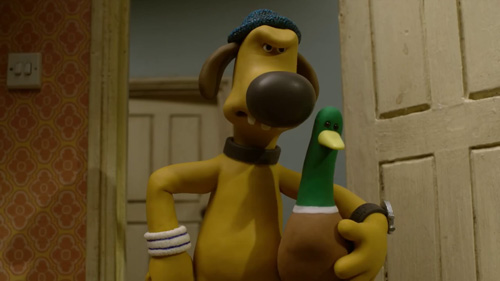 Best of all is Bitzer in scrubs, stumbling into an operating theatre, gagging in his mask when he sees the description of the surgery he’s due to perform, and being handed a scalpel rather than the hacksaw he’s just grabbed; it’s a shame he’s distracted by a skeleton hanging in the corner, as it might have been fun to have him go through with the procedure. The slightly baffled, bespectacled Farmer reminded me slightly of Tom Hardy’s Ronnie Kray (perhaps he studied Aardman for his performance?) I’m not sure I care for Shaun all that much, to be honest. I may have been mistaken, but he seems to make “Heyyyy!” noises like Fonzie’s dog in that dreadful Fonz and the Happy Days Gang cartoon, which is bound to put you right off. Bitzer is far preferable, even if he’s slightly sub-Gromit. 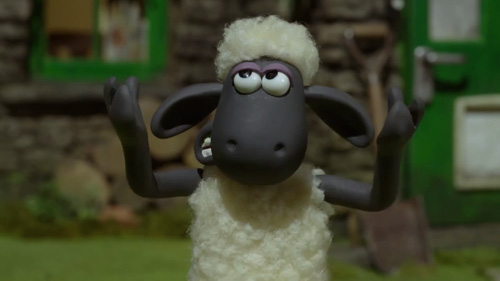 Shaun the Sheep Movie’s likeable, then, but in the Aardman pantheon it’s closer to their making a Cars sequel than a Toy Story. I was going to suggest Aardman might need Nick Park directly credited as director to reach their heights, like John Lasseter with Pixar. Then I remembered Lasseter is directly responsible for Cars. There is a nagging sense that Aardman has been coasting on Wallace and Gromit and its spin-offs for the best part of two decades, still hoping to happen upon something as captivating and (re-)defining.