Whatever’s in that package, it’s absolutely vital that I get hold of it. If I don’t, well, governments will fall, chaos will ensue. 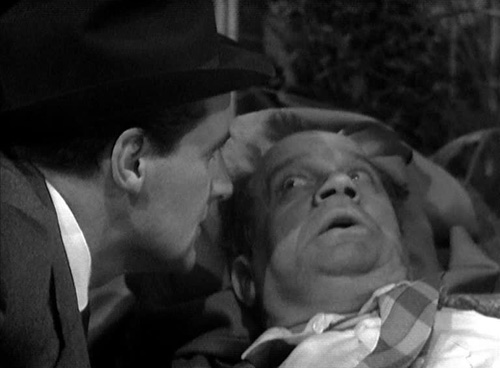 With a title that invokes Robert Anton Wilson’s most celebrated of occult numbers, one might have expected dark dabblings to ensue. But Propellant 23is a remarkably low-key affair, its action revolving around a Marseilles airport and Steed and Cathy’s quest for a flask of Chinese rocket fuel. 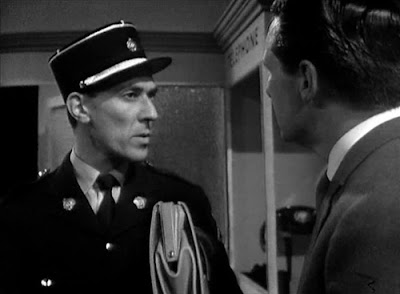 The plot is propelled by who will get their hands on said item first, since the man (Meyer, played by Frederick Schiller) carrying the flask dies of a (suspected) heart attack on arriving at the airport. As a result, the various parties engage in some fairly clumsy detective work trying to track it down, arousing the suspicions of airport security chief Roland (Ralph Nossek), if not his less guarded subordinates and staff. Before long Steed is persona non grata, having attempted a break-in, and it’s up to Mrs Gale to do the nosing around. And she too instantly manages to tip Roland off that she’s snooping. 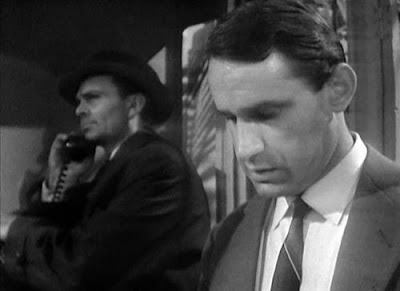 Steed: Whatever’s in that package, it’s absolutely vital that I get hold of it. If I don’t, well, governments will fall, chaos will ensue.
Cathy: How can you possibly say that if you don’t know what’s in it?

It turns out their competing factions, an Englishman, smooth and chatting up an air hostess for facts, and a German (stereotypically) curt, to the point and unrefined in manner, are on the same team. Young Geoffrey Palmer plays the former, Paul Manning, who knows of Steed, though it isn’t clear how (“Where was it? Lords? Henley?” wonders Steed airily) and next to Nossek is the stand out guest actor here. John Dearth (“clever” Lupton in the last Jon Pertwee Doctor Who, Planet of the Spiders) is Siebel, the German, who gets clobbered pretty sharply by Cathy when he pulls a modelling knife on her. Cathy concisely summaries the opposition ("An Englishman, a German? How did the French get left out?") 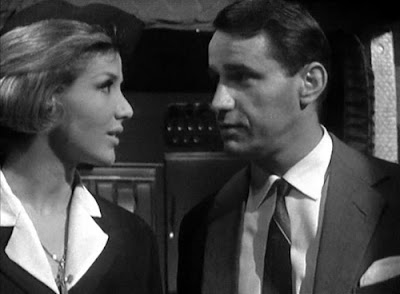 Also appearing are Nicholas Courtney as the pilot, Captain Legros (Brigadier Lethbridge Stewart, known to a new generation, alas, as the Cyber-Brigadier), Justine Lord as Jeanette, the stewardess Palmer’s pursuing (her most memorable turn is the titular role in The Prisoner episode The Girl Who Was Death) and who meets an unfortunate end stuffed under a bed. 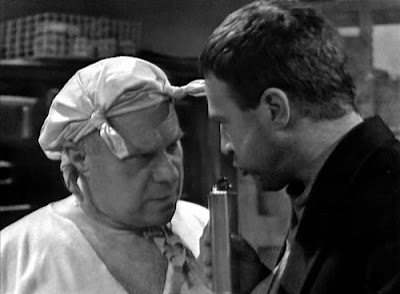 The flask has been light-fingered by airport drunk Tissot (Trader Faulkner), leading to a not untypically rushed wrap-up as all-parties converge on him and his accomplice-in-alcohol baker friend (“Here’s to bread, aye?”; John Gill, sinister Mr Oak in Fury from the Deep). Neither takes a swig of the strong stuff before it’s recovered but Tissot finishes up with a bullet in the back (non-fatal, it seems). 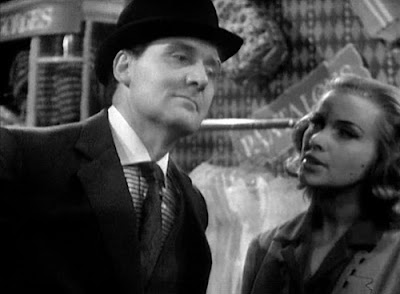 Cathy: Do you always arrange to take your calls in a lingerie department?
Steed: If humanly possible.

The banter between Steed and Cathy is on good form in this return directorial effort from Jonathan Alwyn (Death Dispatch), and the only Avengers script from Jon Manchip White. Mrs Gale is reluctant to help Steed as she’s considering a medical expedition to Borneo to aid children suffering malnutrition; amusingly, Steed is entirely disinterested by her altruistic tendencies (“Oh, I see”). Further to their tête-à-tête in a lingerie store, Cathy reveals a gun in her garter during the climax; “I thought you didn’t like the black?” Steed observes slyly of another item of risqué Honor Blackman flesh flashing. 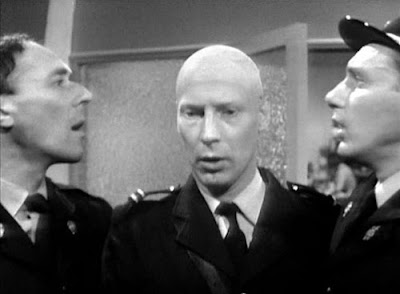 Steed’s spy-speak phone call yields some fun snippets of code talk, as we discover the specimen tin of fruit juice he’s tasked with obtaining refers to a Chinese rocket, with the fruit juice being the fuel.  Less cunning is the running gag concerning hair loss at the expense of one of the airport security staff, John Crocker’s “Curly” Leclerc (so not the LeClerc from ‘Allo ‘Allo); Barry Wilsher’s Pierre presents him a bottle of “hair restorer” he found in Meyer’s brief case, which that leaves him completely bald. What a jape!