Why kill a film star? 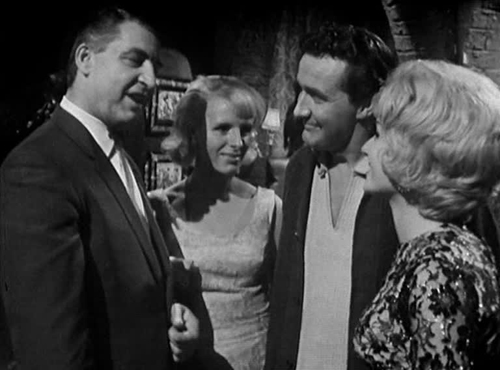 The Avengers
2.9: The Removal Men

Steed goes undercover to bring a gang of assassins to book, one of whom happens to be Edwin Richfield, who popped up in my festive viewing of Too Many Christmas Trees a few weeks back and also features in the earliest fully surviving episode, Girl on a Trapeze. The Removal Men is resolutely unremarkable, not helped by Julie Stevens’ Venus Smith being virtually redundant, except for getting Steed in the soup. 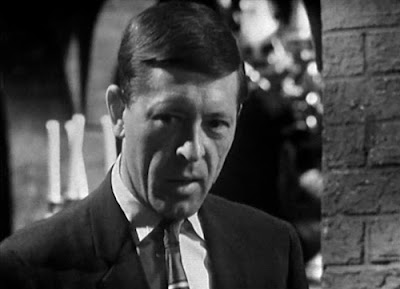 Mind you, Richfield’s Bug Siegel (really?!) is rightly suspicious of Steed from the start, in contrast to his rather genial boss man Jack Dragna (Reed De Rouen). Steed, in dress-down mode, makes himself known to the villains by robbing Dragna’s wife Cecile (Patricia Denys) in a rather provocative opening where she appears behind saloon doors (naked) and Steed announces at gunpoint, “I want you to take me to the bathroom”. Dragna take Steed’s bait (“When I join a firm, I like to know it’s in a healthy state” he advises handing back the jewellery, remounted). He gets a slap from Cecile too, when they meet again, for being locked in the bathroom (“Were you in there long?”), but it in no time she’s attempting to persuade him to cuckold the hubby. 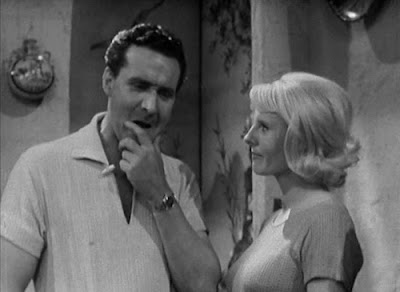 This is one where our hero is required to hide that he isn’t actually doing the dastardly deeds requested of him (of hiding stuff, Macnee isn’t the most convincing of smokers), this time involving offing Bardot-esque French film star Nicole Cauvin, “the uncrowned Queen of France” (Hungarian Edina Ronay, who played Mary Kelly in the Holmes-hunts-the-Ripper A Study in Terror and also surfaced in Carry on Cowboy) for quarter of a million. Why? She’s said some unpopular things endorsing the right to sovereignty of the Aluda Coast. 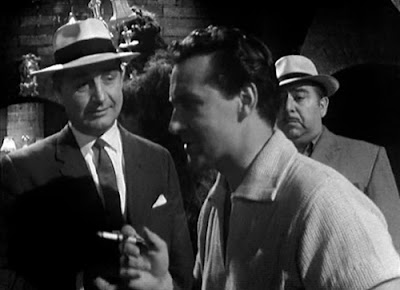 Steed: I don’t approve of sudden deaths.
Dragna: You will after tonight.

The dogged Bug elicits that Venus saw Steed leaving with Nicole, resulting in the ultimatum “Either we lose her or you. Which is to be, Steed?” Before he has to make a decision some pics have popped up of Nicole in Provence and Steed is busted (he’s not having very good luck in this one), leading to a showdown at the jazz club (owned by Dragna, and where Venus is chanteuse). 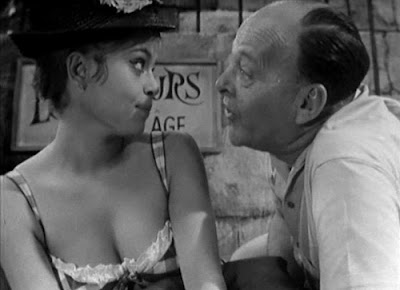 This was Roger Marshall’s first script for the series (his name would be on fifteen in all) collaborating with Jeremy Scott (who would work with Marshall on two more), and it’s serviceable but lacks spark, albeit with strong performances all round. There are inevitable interludes of singing from Stevens, and a number without her too, but the most engaging part comes from One-Ten sunbathing on one of the series’ “beach in a studio” sets, first meeting with Steed and complaining about the price of drinks (water) and then devotedly chaperoning Cauvin in the final scene. 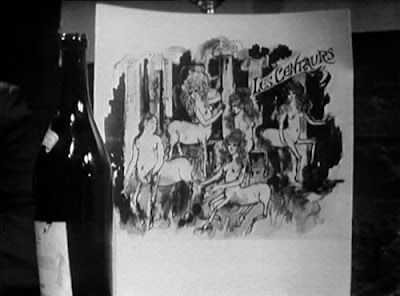 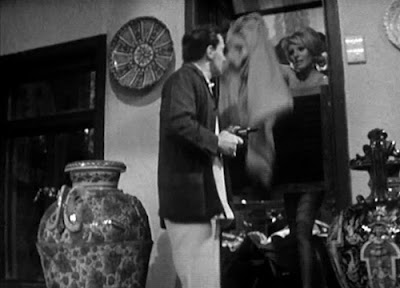 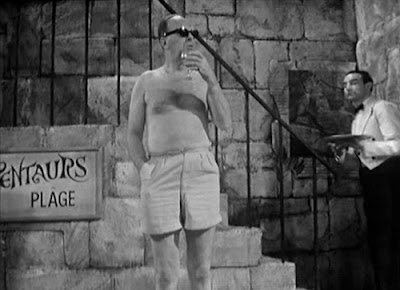 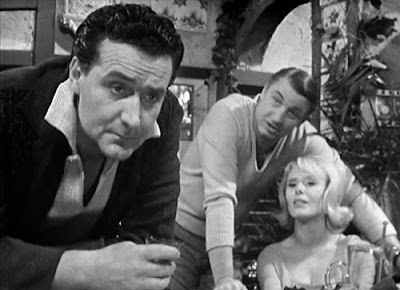 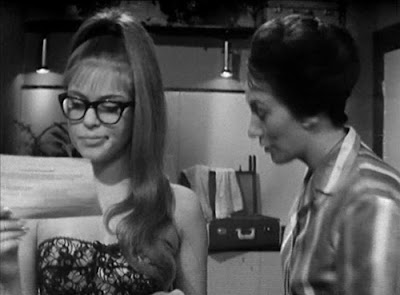 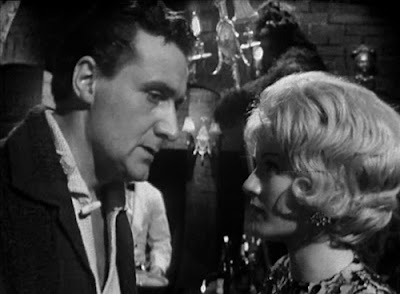 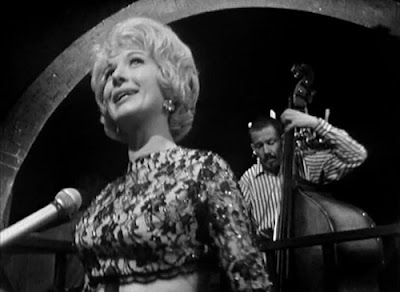 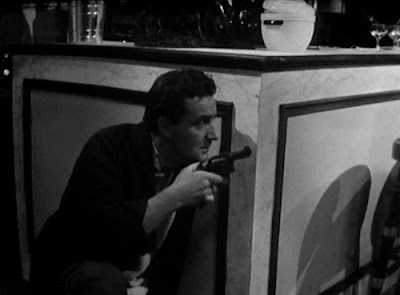 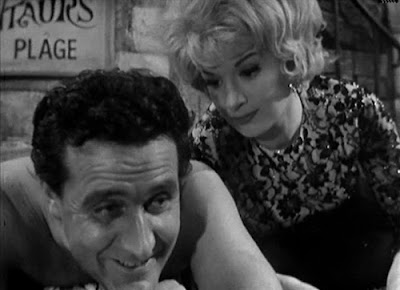