You didn't tell me your uncle was Rocky Balboa. 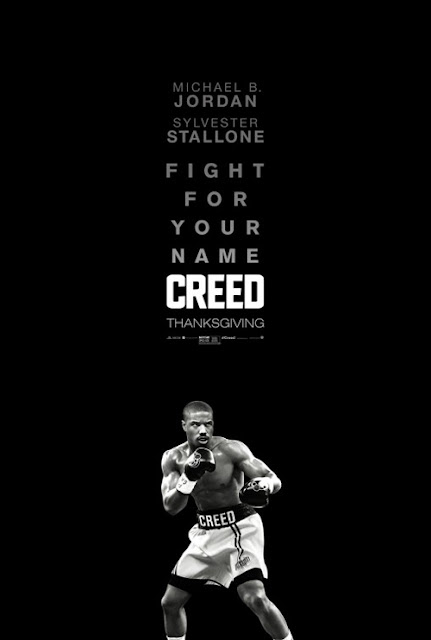 (SPOILERS) Boxing movies tend to be an easy win, embracing a clear trajectory of battling adversity only to triumph with a crowd-pleasing ring-bound finale. As such, I was a little sceptical of the plaudits heaped on Creed, and the Oscar talk for Sylvester Stallone. For the most part, though, they’re deserved. While Creed is dogged in pursuing the basic narrative template set by the first Rocky, crucially it also transposes a quality that distinguishes it from many a calculated sequel machine: heart.

I can’t even begrudge Sly the Oscar nomination for his moving return as Rocky Balboa. For all that he’s been rightly mocked over the years as a monosyllabic, grunting action man, Creed evidences that he really does have the chops when it counts. This is easily his most impressive performance since Copland (nearly 20 years ago now!) and it’s a modest, generous turn, the one-time mega star content to occupy a supporting slot as the old guy now alone in the world, fortuitously given something to rekindle his enthusiasm for life, and Stallone manifests palpable chemistry with the new contender taking the Creed mantle.

Michael B Jordan is typically superb as privileged kid Adonis Johnson/Creed, arriving with a chip on his shoulder and something to prove, and the biggest pleasure of the picture is seeing these two performers bounce off each bridging the generational, class and racial divides separating them.

Jordan reteams with director Ryan Coogler following Fruitvale Station, a film I wasn’t quite as impressed by as many. Indeed, Coogler displays a few rough edges in his screenplay (co-written with Aaron Covington), including a tendency to overstate his theme several times too many and including sequences and scenarios that haven’t been finessed quite as completely as they might be. The consequence is, at times you’re aware how much the performers are transcending the limits of the material. That applies to Stallone and Jordan, but also Phylicia Rashad as Adonis’ mother (Rashad, best known for playing the wife of the now disgraced Mr Huxtable, is the third actress to play Mary Anne Creed), Ritchie Coster, and Graham McTavish as trainer of champ “pretty” Ricky Conlan (pro boxer Tony Bellew, who on this evidence is a natural actor).

Creed isn’t as tight as it might be either. It feels as if it needs another fight in there somewhere to justify both its duration and its protagonist vaulting onto the worldwide boxing stage the way he does, even given how this aspect is both addressed and intentionally integrated into the structure (Adonis as the unproven contender). Where Rocky’s relationship with Adrian in the original was essential, Tessa Thompson’s Bianca only ever feels like an under-devised love interest with a calculated affliction. It’s only really with her character that the picture struggles to overcome its embrace of clichés; elsewhere Coogler gets them and is fully prepared to run with and enjoy them.

Although, I have to admit to being a little surprised that he doesn’t make the most of the traditional montage sequences. They should be punch-the-air, and Coogler is going for that, but he also seems to be catching himself on the realisation that they are an inherently cheesy device; they’re a little laboured. Later, when both main characters are doing their fighting, one to get match-ready and the other to overcome a bout of cancer, the sequence comes across as rather trite, particularly since Stallone’s deep-felt remembrance of the suffering Adrian underwent in similar circumstances is washed over by a couple of shots of vomiting and hair loss. Then he’s near-enough ship-shape again.

Nevertheless, Coogler really steps up to the plate with the fights. The early one-shot round and KO is dazzling, and the finale is every bit as rousing as one would expect, helped considerably by not knowing whether it will follow the original to the letter or go its own route. Most of all, when that Rocky theme finally comes in, Adonis has earned it. I think it’s safe to say Coogler is set on powering up a whole new franchise from the groundwork established here and, as others have said, he’s fashioned the best Rocky movie since the original.

As for whether Creed should have been better represented in the Oscar nominations, it just isn’t on that level (although that’s never stopped the Academy before). And, due to the nature of its DNA, it can’t quite muster the same vitalising raw empowerment of the 1976 film either (which is why it made the voters swoon, even if All the President’s Men should have won). But Coogler navigates the path of creating new characters in an existing world with considerable intelligence and skill for the most part. He’s made a movie that deals in clichés and cynicism and makes it genuine, which is no small accomplishment.