Have you ever heard of anyone shooting themselves with a silencer? 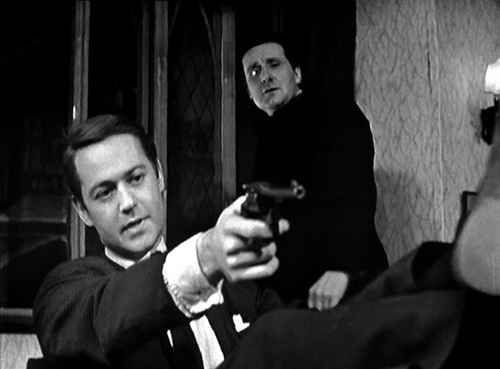 The Avengers
2.19: School for Traitors

Just when you thought all Venus Smith stories were faintly rubbish, a good one comes along, albeit our gorgeous chanteuse is just as daffy as ever, oblivious or indifferent to Steed dropping her in it at every turn. It might not be up there with there excellent fourth season A Sense of History, also set at a university, but School for Traitors makes engaging use of its fertile setting for spy yarns. 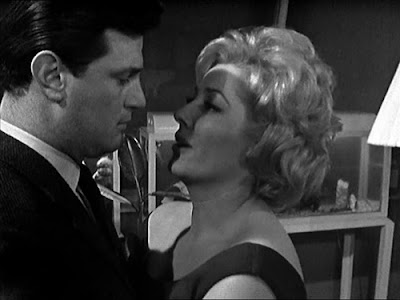 Steed: If he was murdered he wouldn’t have time to write to you, would he?
Venus: But he didn’t write to me.
Steed: Precisely.

Steed and Venus are investigating the “suicide” of Richard Davis, who was being blackmailed to hand over his research. Steed receives his summons from a one-off One-Seven (Frederic Farley) this time, who like his fellow One-hyphens disapproves of amateurs. In Venus’ case he’s probably onto something. He’s a humorous sort too, responding to Steed’s guise as a researcher into Hester Lynch Piozzi, Samuel Johnson’s friend, with “You know Steed, your cover usually has a large element of wishful thinking”. 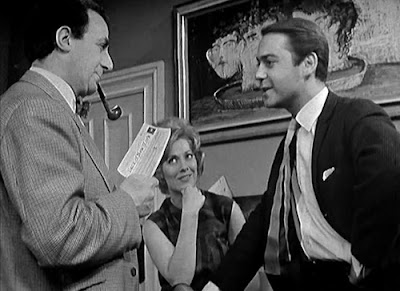 Higby: He doesn’t know, does he? Just how much you like hurting people.

It’s peculiar, and perhaps unlikely, that the villains are merely a bunch of blackmailers rather than attempting to appeal to their victims’ political consciences. Claire Summer (Melissa Stribling), in collusion with pub landlord Higby (Reginald Marsh), coerces students and teachers into doing her bidding; they fall for her wiles, at which point she professes to be broke, persuading them to forge a cheque that puts them under threat of Higby calling the Old Bill unless they do as they’re told. Claire is repeatedly made out to be an incredibly black-hearted soul by Higby, and since she plans to burn Venus' face off with some spiked moisturiser, I’d say that’s a fair call. 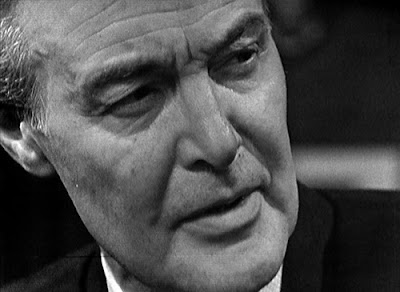 East: I’ve been instructed to kill you.

This isn’t necessarily the most full-proof of schemes, though, since both Roberts (Richard Thorp) and East (John Standing) fail at their appointed tasks, and indeed go and tell Steed all about it. To that extent, it’s rather a refreshing episode from James Mitchell, in which characters act with common sense rather than out of plot expediency. Although, Steed rather drops poor Roberts in it, persuading him to profess to being of a similar political inclination to his blackmailers, who aren’t buying it for a moment. Of additional merit, while the reveal that Professor Aubyn (Frank Shelley) is the ringleader can be guessed, this is one occasion where it isn’t staring the viewer in the face. 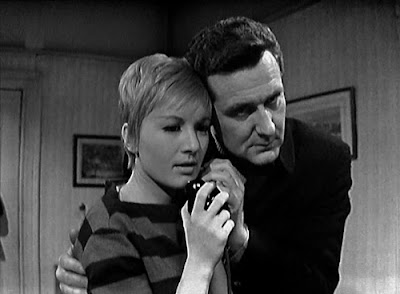 Venus: Green, you’re from Derby aren’t you?
Green: Yes.
Venus: Well go on, buzz off and put that back on the shelf as you go.

Strong performances all round, in particular Standing as an irritatingly cocky shite who turns out to be alright really. He’s got his eye on the “delectable Venus Smith”, but everyone does on this occasion. Which is quite understandable, as she comes on in PJs and a mortarboard. We get three samplings of her crooning, though, so be warned. Venus lets Green (Terence Woodfield, Celation in The Daleks’ Master Plan and Maharis in The Ark) off for his attempted robbery on account of his being from Derby, which is quite amusing. Even Steed’s particularly flirtatious, dancing with her, calling her love and professing “Do you know, you’re looking particularly beautiful”. 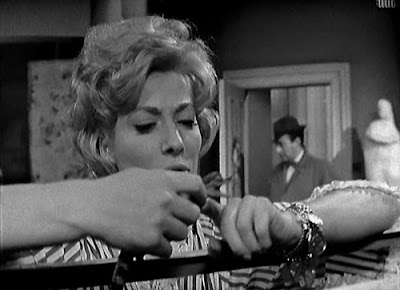 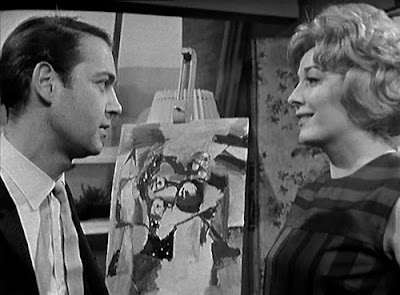 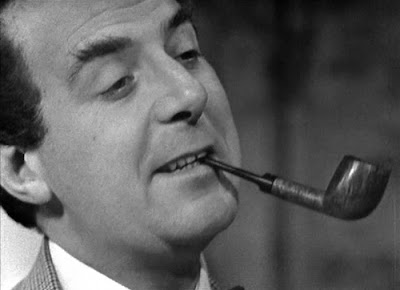 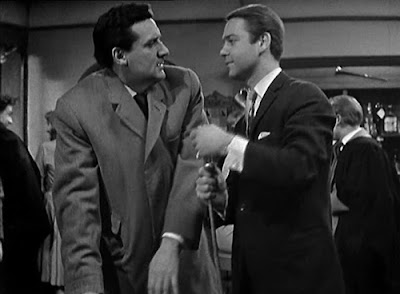 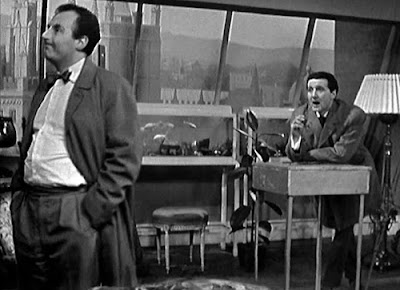 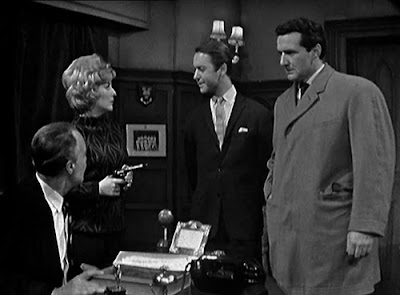 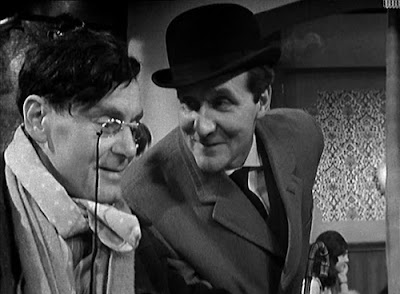