It seems that an international criminal organisation has centred itself on London. 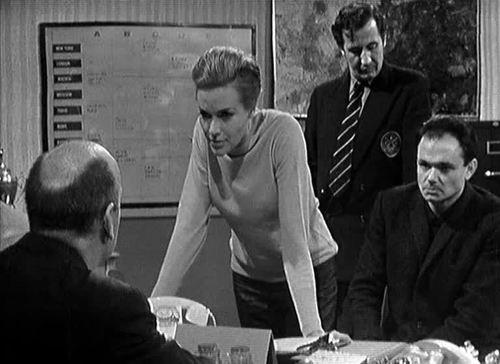 Terrance Dicks and Malcolm Hulke return, showing how to engineer a plot revolving around a syndicate of international criminals and not make it pedestrian. In many respects Intercrime is a standard issue piece for the series at this point, but it succeeds thanks to all the inter-Intercrime intrigue, making the bad guys’ machinations as interesting as Steed and Cathy’s. 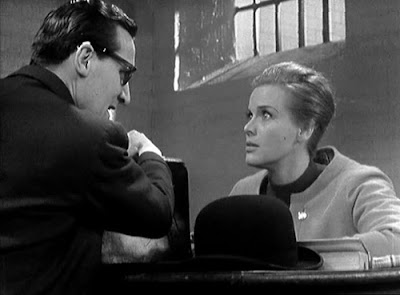 Intercrime have impressive credentials. They’ve pulled off 12 major robberies in the previous few weeks, most recently snatching three quarters of a million pounds and a couple of Modiglianis. Their behaviour doesn’t exhibit the hallmarks of British criminals, and anecdotally Germany, Holland and France have experienced a 200% increase in crimes over pasty two years! 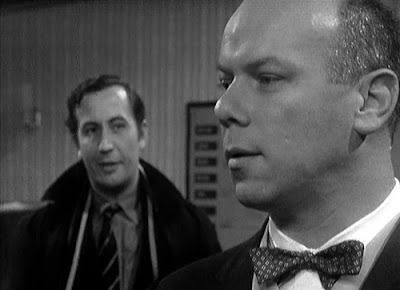 But all is not wine and roses in their ranks. There are internal ructions, led by Felder (Kenneth J Warren, in his second of four Avengers appearances; he would die a little over 10 years later, at only 43). He plans to usurp their chairman Manning (Patrick Holt) and take over the crime ring, supported by Lobb (Jerome Willis, Stevens in The Green Death) and Moss (Alan Browning, who makes a particular impression and would return in the final season). The boss’s girlfriend Pamela (Angela Browne, 86 in The Prisoner episode A Change of Mind) has found out about the organisation, and she’s to be bumped off by the fearsome and ruthless Hilda Stern (Julia Arnall). On top of this, some of the help have gotten greedy, and Moss has bumped them off. Or thinks he has; the survivor, Palmer (Donald Webster), falls into Steed and Cathy’s hands. 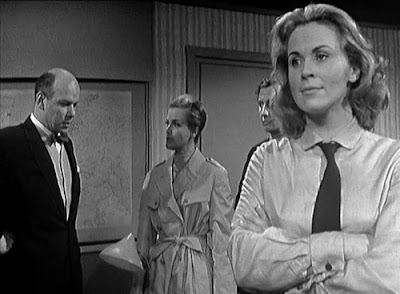 There’s quite a lot going on here, then, and our heroes’ “in” sees Cathy posing as Hilda, who is doing stir in Holloway. Until the real Hilda escapes, that is. In the meantime, Cathy has to defend Kressler (Paul Hansard) who is being stitched up for five grand that has gone missing from a job; it becomes clear that Felder has no interest in justice being served, and Cathy’s cover is blown after the real Hilda shows up and she refuses to off Kressler. 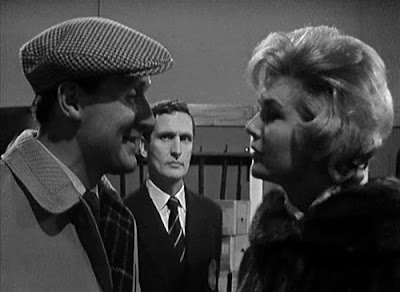 Steed: So you’re not a British firm?
Lobb: Oh no, sir, We have associates all over Europe.
Steed: One up for the common market.

As with The Big Thinker, Steed is less prominent here, the donkey work and danger making being done by Cathy. He poses as Cathy’s solicitor in order to lay the groundwork for her escape from Holloway, then as a posh fellow (what, never!) intent on opening his own shooting gallery. He also attempts to persuade Pamela of the danger she is in (“Good evening Miss Johnson. Not dead yet?” he asks when they next meet). And then again, he arrives to release Cathy from bondage. 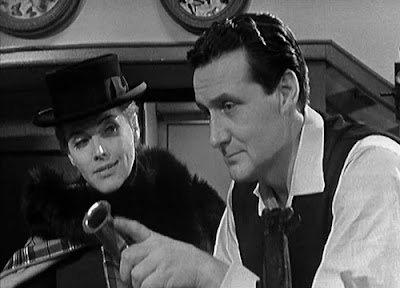 The climax is the usual flurry of activity, in which Hilda is shot in the hand by Cathy and Lobb stabs Moss by mistake when he is going for Steed. While director Jonathan Alwyn handles this reasonably well, a resounding gaffe (I don’t usually bother noting them) is evident about 43 minutes, with the camera and operator revealed very clearly behind a closing door. This one, like its predecessor, is extremely well cast, with the added benefit of a tight structure. The final laugh-down is also quite a good one; Steed’s apartment is full of weaponry (“In an expansive mood, I made a rather large order for Rifle Ranges International Limited”). 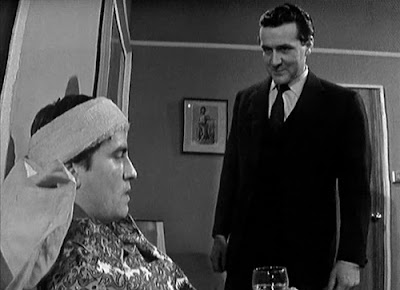 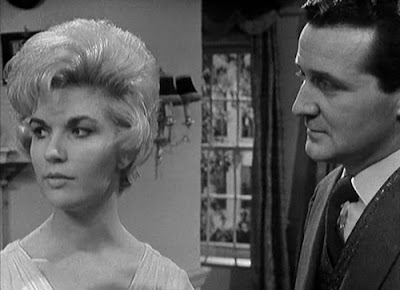 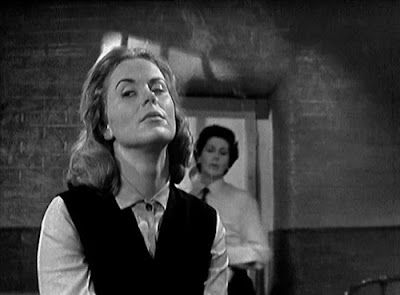 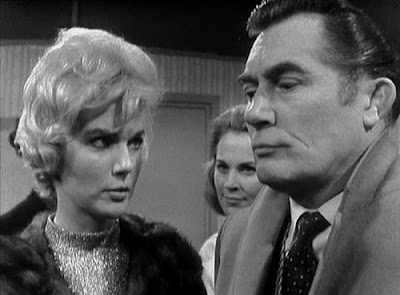 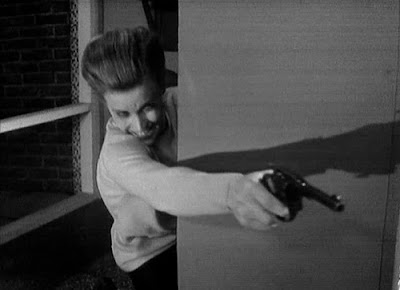