It’s the most comfortable ship I’ve ever stowed away in, also the most interesting. 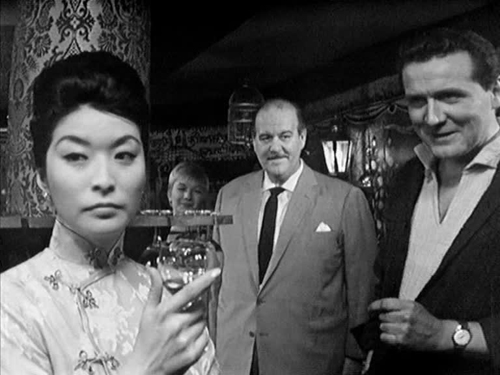 What appears to be an absurdly complex plot (a scientist experimenting on a luxury yacht, which features a team of deep sea divers – and at least one smuggler –  who keep getting bumped off) rather fails to catch fire, despite a memorable performance from Eric Pohlman as the yacht’s host Mason (“Perhaps you’d like to look in a few cupboards” he offers, when Steed bursts in demanding to know Venus’ whereabouts). 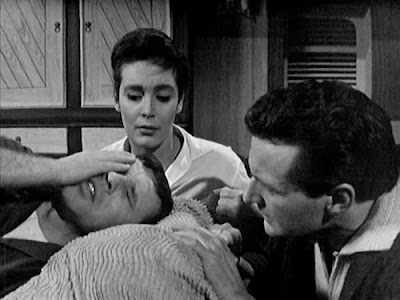 Steed: My name is John Steed, and I’m a stowaway, and I’m very sorry… It’s the most comfortable ship I’ve ever stowed away in, also the most interesting.

This has Venus on swansong duties (it’s also One-Six’s second and last appearance), aboard in an official chanteuse capacity while Steed stows away to do some detective work on the quiet. Among the divers are gun-wielding, over-expressive (because she’s “Greek”) Helena (Colette Wilde) and amenable, jocular Greek Ariston (John Carson, Ambril in Snakedance), who, of course, has the hots for Venus. Steed makes his disarming of Helena a rather amusing running gag (“If you’re a very good girl and put that away I’ll buy you one” – a drink – “But if you get in my way, I’ll tan your hides, both of you” he promises the duo). 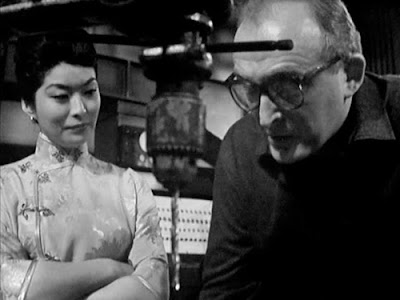 The true criminal master schemer is Anna (Yvonne Shima), flinty and formidable, while Mason is more an impartial observer, as long as the money is good (he’s only clearing about 4%).  Frank Gatliff is scientist Pitt-Norton (Ortron in The Monster of Peladon, Dastor in Blake’s 7’s Harvest of Kairos), but exactly what he was up to and why rather escaped me (it turns out it was mixture decompression research – thanks to dissolute.com – and Mason wanted it for a miniature submarine). It’s one of those episodes where the machinations aren’t sufficiently engaging to command keen attention. 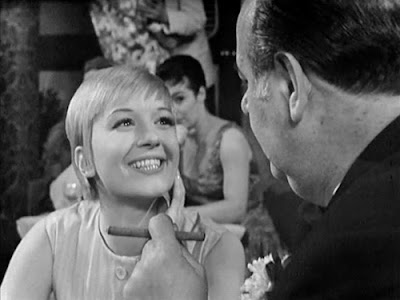 As a final Venus outing, she makes a fairly good showing, plucky and undaunted by having guns and threats pointed at her. Her presence is all at Steed’s doing, naturally, and she threatens to dob him in when he first arrives; he’s also responsible for her sending a coded letter (to his aunt in Rottingdene), which incurs the interrogatory opprobrium of Anna. Disappointingly, the episode features no references to Aristophanes; the Frogs are merely the self-monikered name of the band of divers. 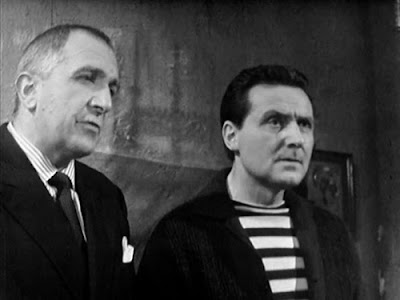 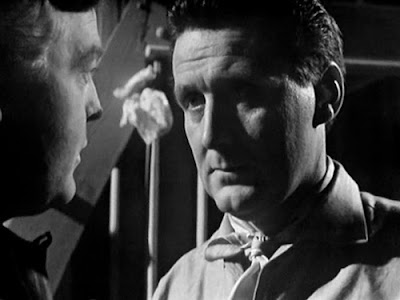 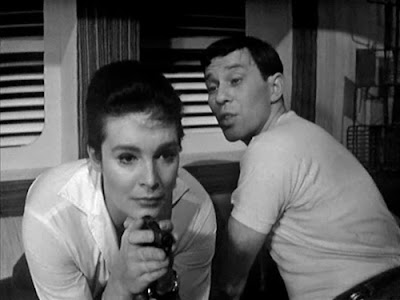 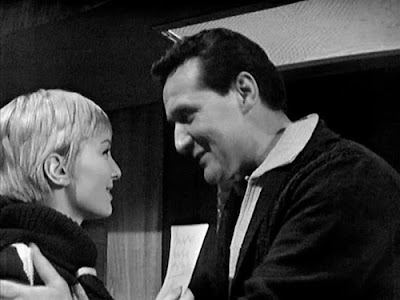 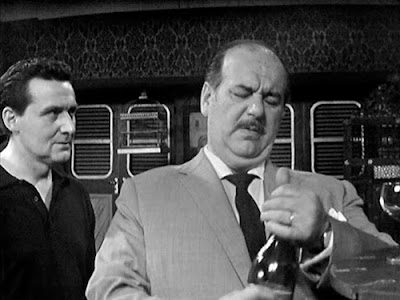 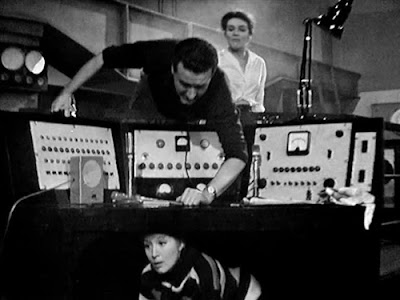