No, don’t do that. Don’t give me the pouty bat face. 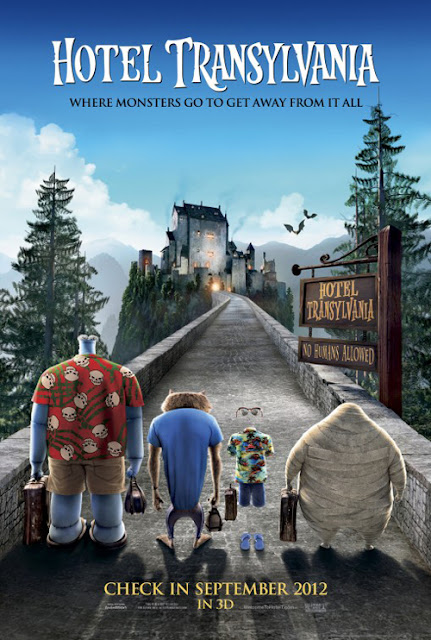 Typically soft-centred, biteless Adam Sandler vehicle, with little to commend in terms of director Genndy Tartakovskys stylistic displays (or lack thereof; he appears to favour the kind of single plane, group compositions more common to the worlds of sitcom or theatre), Hotel Transylvania’s most noteworthy aspect is how incredibly undemanding it is. Consequently, give all the other animation out there, at every turn, most of it significantly superior, it should count itself very lucky to have found an audience and merited a sequel. 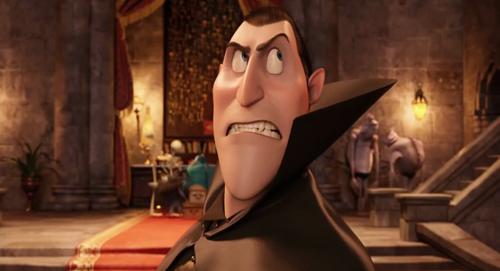 Even the premise is entirely obvious, which may explain why Sandler and co can find little, apart from the bleeding obvious, to do with it. Monsters are long-since harmless and just misunderstood, and so, nursing a morbid fear of humans, Sandler’s Dracula has established the titular retreat as a safety zone, away from us all. The extended entourage in this Sony picture includes the usual Universal horror line-up, naturally voiced by Sandler chums: Wolfman (Buscemi), the Mummy (CeeLo Green), the Invisible Man (David Spade) and Frankenstein’s Monster (Kevin James). Given the cast and complement, it should be no surprise that the gag level is up to the usual bereft standards of Sandler’s live-action comedies, just with a smidgeon less crudity. 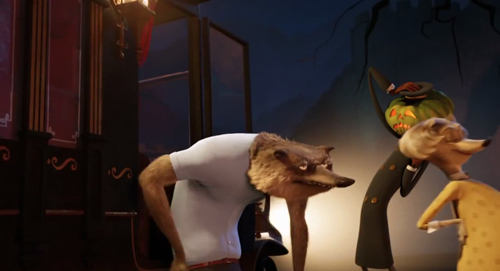 Accordingly, the screenplay credit goes to with Robert Smigel (various Saturday Night Lives and the unmitigated shite that is You Don’t Mess with the Zohan) and Peter Baynham, who has worked on some solid shows (Alan Partridge) so ought to know better, but is also a cohort of Sacha Baron Cohen and contributor to his very variable output, including the recent The Brothers Grimsby, so maybe his presence isn’t so surprising. 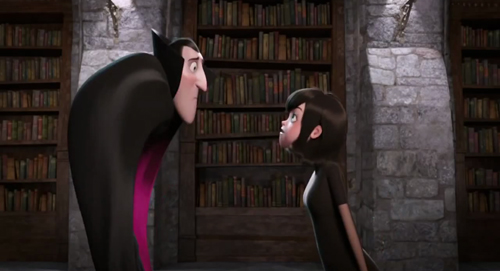 Hotel Transylvania is mostly a saccharine-centred movie all about family, most specifically the relationship between Drac and his daughter Mabel (Selena Gomez, although the character seems to have been modelled on the kid from Californication). At the tender age of 118, she wants to get out there and see the world, against daddy’s wishes (he’s classically over-protective), only for a human Jonathan (Andy Samberg) to arrive and fall in love with her. Jonathan is just about the worse character they might have conceived, an airhead dude with a heart of gold, made all the more irritating because he’s required to be ultimately accepted to the bosom of the reluctant Vlad. 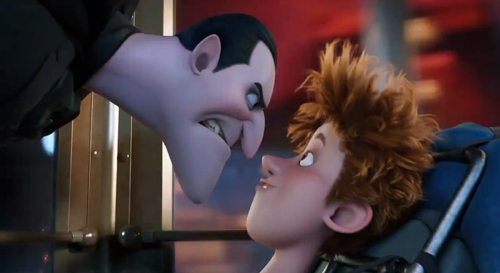 Interspersed are various musical interludes, unforgivably including the dreaded vocoder. Consistent is the lack of flair and uninspired tone. Sandler's Dracula is agreeably voiced, I guess, there’s a reasonable sheep-in-the-road visual gag, followed by a better sheep-in-the-road one (“I’ve got this one” promises Wolfman), but on this evidence Sony is definitely bringing up the rear, with Universal and Fox’s animation houses carving out their own turf at the expense of the traditional Disney/DreamWorks stranglehold (well, particularly at the expense of the latter). Hotel Transylvania makes fellow studio animations such as Cloudy with a Chance of Meatballs seem like stone cold classics in comparison.