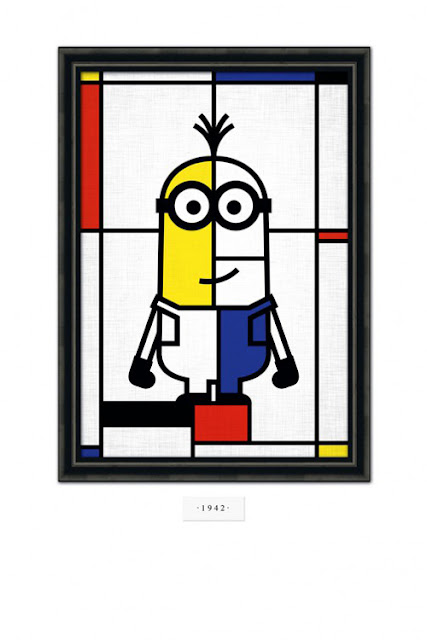 It doesn’t take a genius to see why the Minions are such a phenomenon, surpassing the Despicable Me franchise that spawned them (or rather, they’re now enshrined as the underpinning for its massive success). That doesn’t make Minions a great movie, though. It’s as agreeably slipshod and pasted together as you’d expect from an attempt to beat supporting characters into the position of leads, but it nevertheless represents something of a pinnacle as a spin-off and prequel that’s successful in its own right. Usually they stink. Penguins of Madagascar dealt with the prequel bit in its opening scene, which was also the best scene in a rather sorry affair that, like Minions, struggled to find a tale worth telling. Minions is more transparent in its deficiencies there. It doesn’t even bother trying to explain why such cute, imitable and well-meaning ba-nana-loving fellows are obsessed with serving evil masterminds. They just are. So we get the lowdown on what they did before joining Gru, at its best during a highly inventive (yes) prologue in which they join, and unwittingly undermine, various bosses throughout history, leading to the extinction of the dinosaurs, the demise of ancient Egypt, a brief spell with Count Dracula and an alliance with the always-good-for-a-height-gag Napoleon. 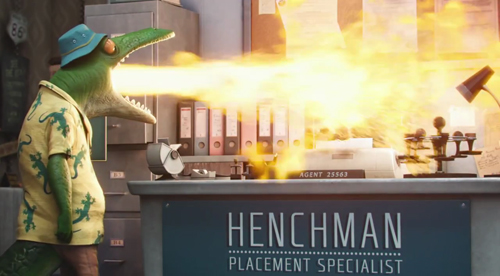 And fetching up in the ‘60s is a massively advantageous decision, since it means the rest of the plot can be strung together with pop hits from the era (with additional help from Geoffrey Rush’s engaging narrator). Not since the early days of DreamWorks Animation has a cartoon feature so shrewdly employed pop songs. Did you ever expect to hear The Doors in a kids’ movie? Should they have? I have no idea. This is a feature featuring a humorous interlude in which a giant Kevin appears to take a whizz. 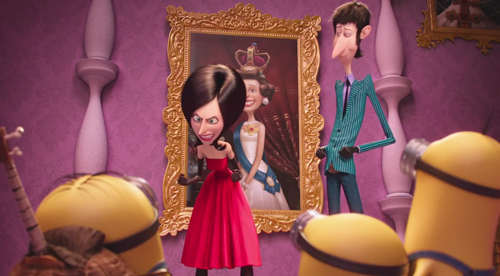 Kevin, Stuart and Bob find themselves a new despicable boss in the form of Sandra Bullock’s Scarlet Overkill, before embarking for Swinging London. She’s a reasonable but unremarkable villain, much as the ‘60s England setting starts off well (police drinking tea during a high-speed pursuit) but descends into rather desperate spitballing that finds Bob crowned king and Kevin inflated to the aforementioned enormous size. You’re never far from something engaging, though, be it Bob’s friendship with a rat, Scarlet Overkill reading The Three Little Pigs to the three little Minions, the hypno-hat (great use of Hair, with guards reduced to their underwear) or irreverent asides (“Do you think its funny, to mock the elderly?” asks the Keeper of the Crown; “Yeah” comes the reply). 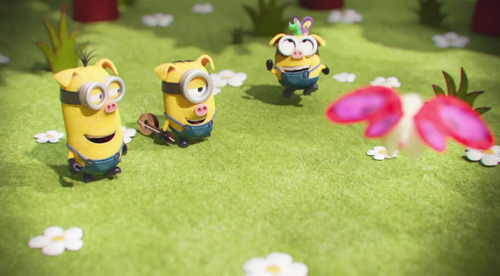 I guess returning Despicable Me (co-)director Pierre Coffin could hardly have passed on duties seeing as how he also voices the trio of Minions. It’s a terrifically inventive, catchy performance(s), but has limited scope for variation, which definitely means the entire movie consists of casting around for things to do. It’s only a surprise Minions is as sustained as it is, that it even got far enough to run out of interesting things to do in the last third. As such, it seems churlish to complain that it might have been better, since I’m not sure it could have been. It exists purely for the cash/merchandising wee ones will get their parents to put down, which means there’s sure be a Minions 2 after Despicable Me 3. A billon dollars worldwide guarantees it.