You cannot walk away from the Mafia, Mr Steed. 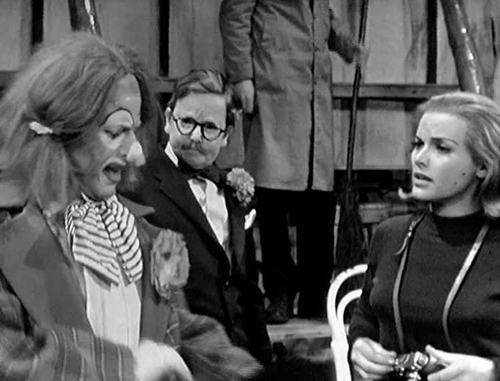 The Avengers
2.23 : Conspiracy of Silence

Closer to a conspiracy of slumber, as some clown tries to kill Steed, but not in a remotely entertaining fashion. He doesn’t even pratfall. One might suggest this is a significant turning point for the show, with (one of) the lead now sufficiently iconic that an episode can revolve around this fact, but the truth is considerably more mundane, as Cathy is called upon to pose as a journalist (a common cover for her) and investigate not-terribly-interesting goings-on, amounting to a Conspiracy of Silence, beneath a big top. 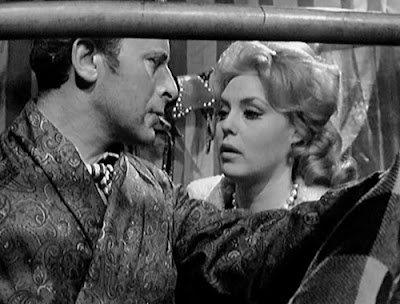 The Italian Mafia want Steed dead so, being slipshod about these things, they get a clown to their dirty work and, unsurprisingly, he wimps out, while Steed is taking his hound for a walk in the park. We’re told “The most violent thing in his life’s laughter” by his wife Rickie (Sandra Dorne), but Carlo (Robert Rietty, a highly prolific voiceover actor) is indebted to the mob, for reasons Steed can only speculate (relatives in Italy). Our gentleman spy is on their list for getting too close to their $5m dope-peddling network. Carlo’s devoted wife threatens “If you won’t do it, I will”, but fortunately it doesn’t come to that. 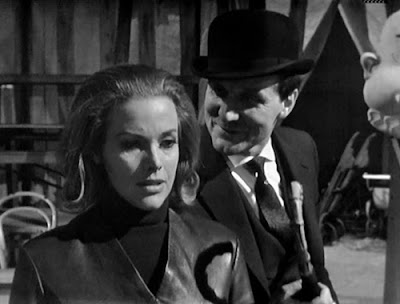 Although, the confrontation takes place largely off-screen, leading Cathy to think the shots that ring out signal Steed’s demise. When he bursts in, bowlered and brollied (“What a terrible atmosphere in here. Why don’t you open the windows?”), Cathy’s relief is quickly disguised beneath a veneer of contempt. You could cut that sexual tension with a knife. This follows an earlier contretemps between the two, when she (rightly) suggests he is taking the wrong approach with Carlo, and he should be offered a way out of the situation. 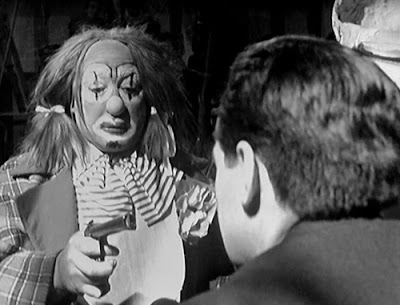 While there are incidental pleasures with Steed (sitting in on the circus show, Arturo the clown (Tommy Godfrey) points a gun at him, to which Steed reveals his own; the clown’s gun, of course, unfurls with a ‘BANG’ flag), most of the proceedings revolve around Cathy sleuthing, most memorably conferring with Professor Sandy Toksvig (William Shearer, dinky enough to operate a Chumbley in Galaxy Four) and visiting Rant & Son Tattooists (Ian Wilson, it’s unclear if he is the elder or younger Rant), Rant being the sort of eccentric character who would proliferate in later seasons (see Look – (Stop Me If You’ve Heard This One) But There Were These Two Fellers… for an extreme version of Avengers clowns, and the uniqueness of their makeup). 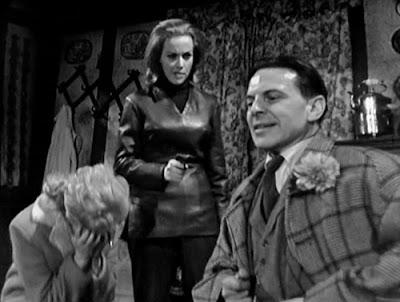 Also in the cast are Roy Purcell (Powers in The Mind of Evil, the President in The Three Doctors; he has a bit of a Tom Hardy thing going on here) as the manager Gutman, and Alec Mango as mobster Sica (he’s got a bit of a Terry Gilliam vibe), a disgrace at covering his tracks. There’s little to recommend here, however. It drags along, firmly near the bottom of the season for both quality and intrigue. 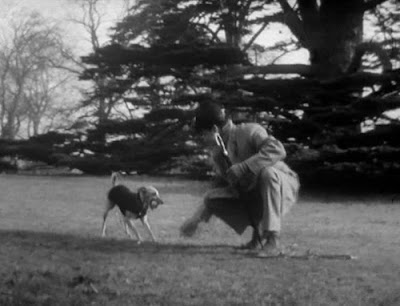 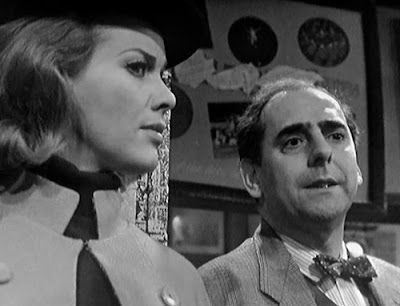 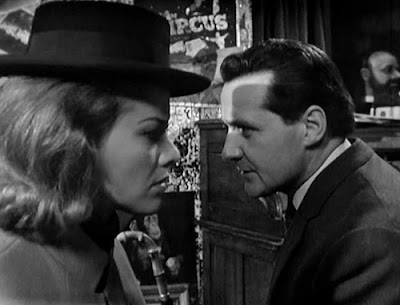 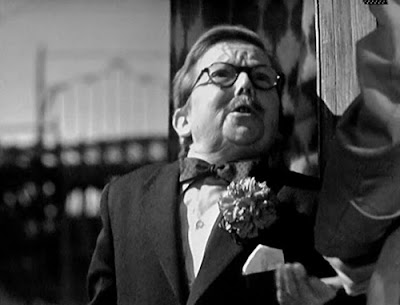 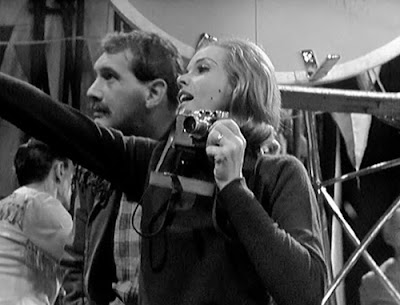 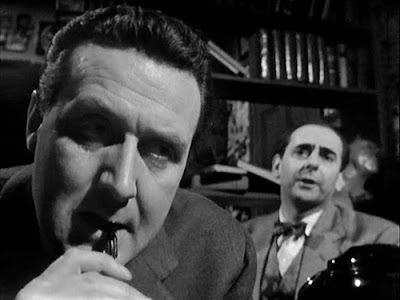 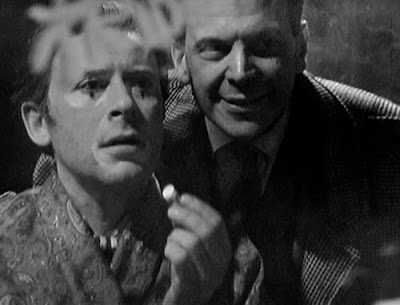 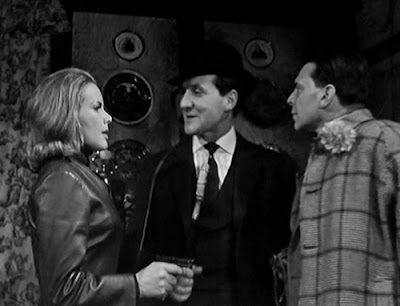