I think you leave the Titanic, but it never leaves you. 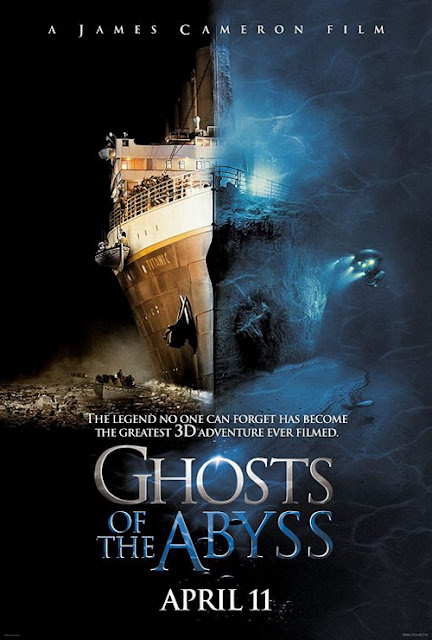 See, I knew I’d find something positive to say about Titanic eventually. Jimbo’s second biggest movie ever (unadjusted for inflation) about the sinking of the biggest ship ever (unadjusted for inflation) is way better than his documentary about visiting the biggest ship ever (adjusted for the icy depths). When the highlight of a lethargic voyage to the bottom of the sea is seeing Bill Paxton looking peaky, you know Ghosts of the Abyss is in trouble. 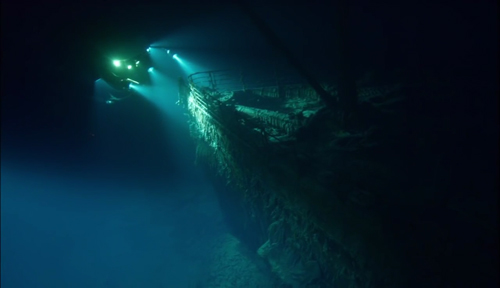 I’m sure (but not that sure) this had a certain something seen in 3D on cinema screens, as the underwater photography is highly impressive, with something of the visual accomplishment Cameron brought to The Abyss. But then you have to deal with the unnecessary gubbins of the dramatised documentary on top of that, complete with artless re-enactments overlaid on submerged, barnacled shots, in order to illustrate what it must have been like back then in a given location, actors/extras robotically passing through scenes and generally acting the way they do in cheap documentaries, rather than hugely expensive movies where the only cheap thing is the writer-director’s dialogue. 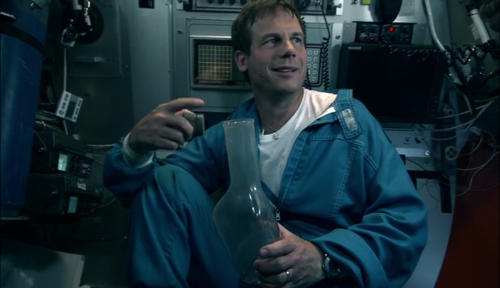 Not helping matters is that Cameron’s directorial choices stretch as far as patently artificial inserts of Paxton staring out of a porthole at the murky spectacle, or comedy bits where Bill fails to understand a Russian crewman’s directions, or has to piss in a bottle. None of the supporting crew are particularly engaging, even the eccentric ones, and none of them have much in the way of insights to share (about the extent being a vague reflection on heroism and stoicism in the face of certain death, an interesting enough subject but done down by being addressed in such a facile manner). 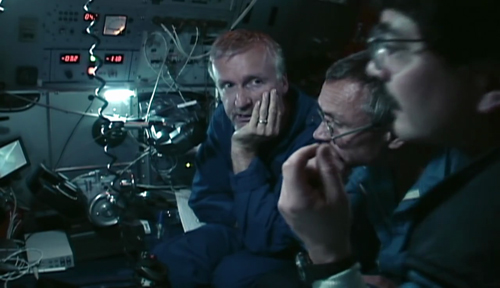 There’s even an attempt to inject a modicum of drama in the proceedings, as one of the RoVs packs up and there’s a “desperate” attempt to recover it. There was probably an informative documentary about the Titanic to be made utilising the footage Cameron shot, but this definitely isn’t it. Jimbo doesn’t even yell at anyone, which is surely the only reason to see his smug mug on screen.