I wish that I could stop feeling that I want to be an Irish girl in Ireland. 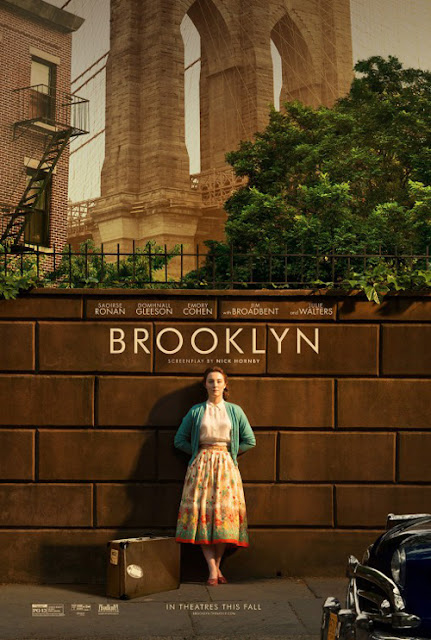 (SPOILERS) Sweet, well-observed little picture that dun well, as Saiorse Ronan emigrates from Ireland (take a wild stab where) in the early ‘50s, discovers a whole new world, then rediscovers a whole old world, entailing conflicting emotions over the romantic entanglements each brings. 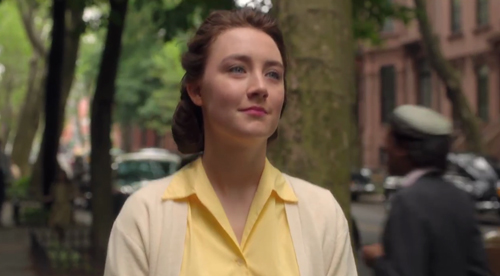 Ronan entirely deserved her Best Actress Oscar nomination, assuredly navigating potentially tricky trajectory for Eilis Lacy such that, in the third act, her errant behaviour is never less than understandable. This is, after all, a picture all about the lustre of familiar shores, in which a rather wonderfully cast Jim Broadbent comforts Eilis early on in her US sojourn, that “Homesickness is like most sicknesses. It’ll make you feel wretched, and then it’ll move on to somebody else”. Albeit, it sounds better when he says it. 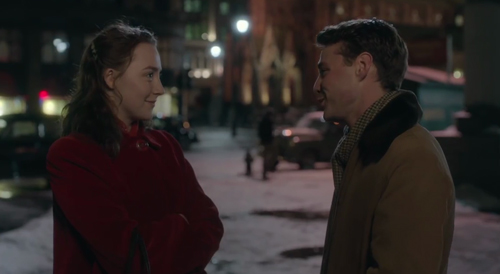 I was half expecting the usual yarn of the naïve woman giving herself to a seemingly besotted, perfect guy who then promptly loses interest (mostly because Emory Cohen makes Tony Fiorello so perfectly sincere, amiable and likeable, it was obviously too good to be true; it helps too that the chemistry between Cohen and Ronan is palpable). So, when they get rapidly hitched and she subsequently surfs back to Ireland solo, and then finds herself awash with conflicting feelings, Brooklyn revealed itself as a refreshing change from the norm. 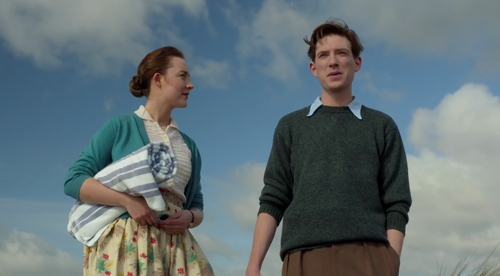 John Crowley’s sensitive direction ensures that, for all that Ellis is a good and proper girl, and her new husband is a loving and devoted fellow, the trance she falls into as the old life overcomes her is relatable; everyone around her blithely assumes she will just resume her previous place, and she even encounters an impossibly decent suitor in Domhnall Gleeson’s Jim Farrell. 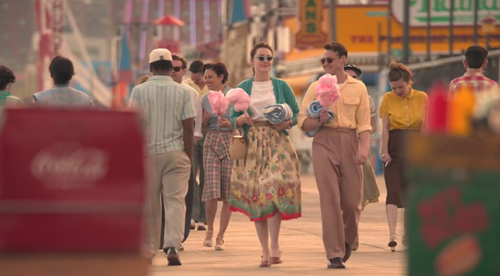 It wouldn’t really be accurate to call this a love triangle. It’s more a love location-slip, as Eilis perceives two different lives and is unsure which dream is real, at least until the spell is broken by external machinations. Ronan is radiant, and some day that Oscar shall no doubt be hers. The evocation of another era, meanwhile, is indescribably perfect, as if every place, no matter how squalid in reality, was pristine during that decade. That’s a quibble, though. This is, after all, a romantic melodrama, rather than some hard-hitting expose of indelicate socio-economic truths. 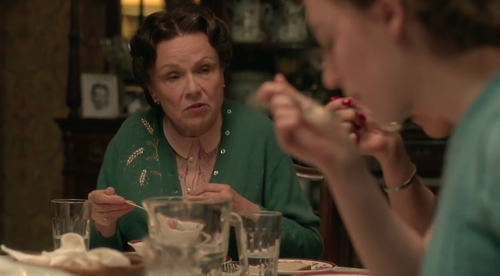 As involving as Eilis’ personal predicaments are, perhaps the sheerest pleasure of the picture comes from the evening dinners at her boarding house, presided over by Julie Walters in inimitable manner as landlady Madge Kehoe. If it isn’t the duo of superior, scoffing man-hunters dissolving into peals of laughter, it’s Madge’s delirious put-downs of the same; this kind of quick-fire repartee is immensely pleasurable, naturally very funny and entirely unforced. How much of that is from Colm Toibin’s novel or Nick Hornby’s screenplay, I don’t know, but Hornby at least deserves credit for transposing it so effectively. 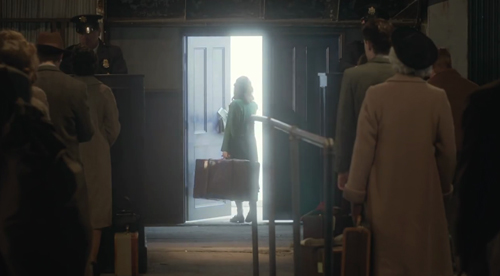 Obviously, I’m not alone in such an endorsement, as the Beeb is apparently set to produce the return of Mrs Keogh and her passers-through. Whether that’s a good idea or not is questionable, since making a side order the main dish can often highlight that it was its position as an appetiser that made it so effective. Of course, Brooklyn will only further underline the export appeal of the nostalgia-driven heritage-fixated Britain film industry, but when such backward fascination produces a picture so charming and well-observed, it becomes difficult to begrudge it.

That was the unseen straggler of 2015 Best Picture Oscar nominees , so here’s my rundown ranking: