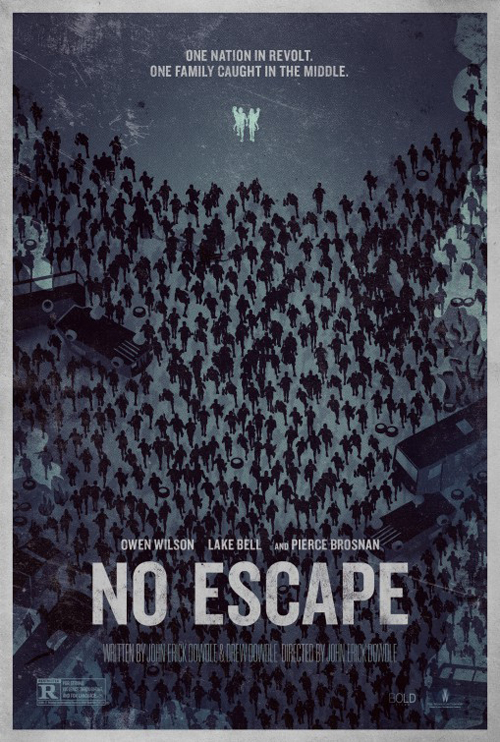 (SPOILERS) Alternatively titled Those Lousy Central Americans Really Want to Kill Poor Owen Wilson and His Dearly Beloved, this picture received not a little lambasting on its release for perceived brazen racism and xenophobia, the fear of Johnny (or gooky) foreigner writ large. And that’s not without some justification. No Escape is certainly a ridiculously insensitive movie, in which an all-American family of the United States variety are relentlessly pursued by faceless hoards, bent on their destruction, after a coup unleashes anarchy in their newly arrived locale (and Owen only went there to help the natives, that kindly patrician westerner, him!). But that’s probably (I say probably, as I’m feeling charitable) more because this a horror movie disguised as a suspense thriller disguised as cautionary tale of the dangers of being an expat in an unstable locale; it’s made by a horror director, highly effectively it must be said, and his gangs of nationality-obscure locals (the country borders Vietnam, it was filmed in Thailand) are essentially zombie legions, or the legions of the damned found in any urban, night-shrouded horror. 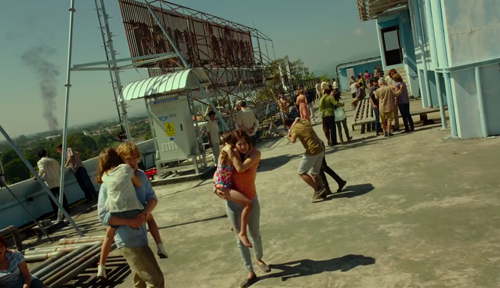 To wit, I don’t think No Escape is necessarily the same kind of reprehensible exhibit that, say, Blackhawk Down is. Opportunistic yes, but that comes with the genre trappings; you can see at every turn that John Erick Dowdle (co-written with his brother Drew) is thinking “How can I really make this unnerving, really tighten the screws?” and he’s very successful at hitting his target. From hapless Wilson getting caught in a street fight, to the mayhem in his besieged hotel, the tension is ratcheted up with devilish skill. I’m not familiar with the Dowdles’ previous pictures, but if this is their attempt to broaden their palette (John devised the story following a near miss with the 2006 Thai coup), he very nearly succeeds, just unfortunately failing to make the content in his genre switch any more respectable. So yeah, No Escape might put the fear up Americans considering a sojourn in foreign climes, but it comes from the same place as putting the fear up a rural type finding themselves alone in the big city. The mechanism is more visceral than political, even though such flagrant disregard isn’t to be commended. 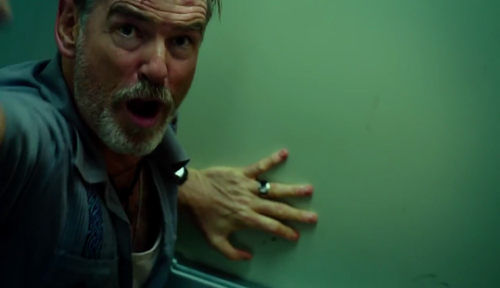 And besides, there is at least a dump of wholly unfinessed exposition, courtesy of Pierce Brosnan in a top-form supporting role (“Got into a foit with a toiger”), enjoying himself as a less-than-suave secret agent (and showing he still has the moves nearly a decade and a half on from his last 007 outing). He admits it’s the gluttonous West that has caused the coup (“Guys like me pave the way for guys like you to wind up here”), going on to note that the undiscerning victims don’t usually fight back; the corporations who run the UK and the US offer a loan to pay for their services, knowing the debt can’t be repaid, and then “we own them”. 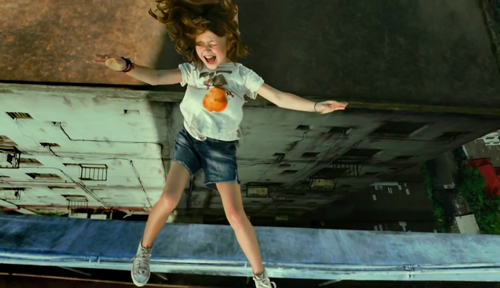 The problem is, excised from the horror genre, or even the more flamboyant action movie, the successive feats of unlikely derring-do increasingly beggar belief, from Wilson throwing his kids across streets onto roofs opposite, to Lake Bell going apeshit mental with a shovel. The push-pull between grounding and pure pulp exploitation is ultimately too uneasy to make No Escape a winner, the high point coming early on, when Wilson desperately kills a man and his reaction is every bit as shocked as it should be. But as the ante is upped, with the kids used for increasingly flagrant, tension-rousing purposes (including doing very stupid things) and Bell being subject to an attempted rape, the feeling of being led into something much less judiciously managed begins to take over. Nevertheless, with the right script, Dowdle could make something really impressive at some point.