Whoa! Check out the moves on that funny-looking kid with a big nose! 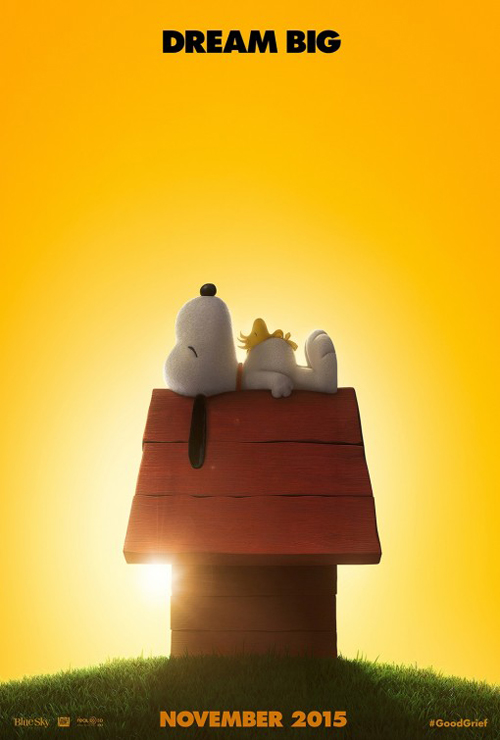 (SPOILERS) I was never an enormous fan of the particular brand of melancholy sentiment pervading Charles M Schultz’ Peanuts cartoon, although I did always like Snoopy and Woodstock. Pretty much the same applies to this big screen version, with the caveat that snowballing the characters from an eight-frame strip cartoon to a 20-minute TV version to a 90-minute CGI feature is simply unsustainable, content-wise. Probably general audiences thought so too, since for all that Mrs Schultz says there’s no hurry to make a follow-up (it took eight years to get this one made, and she considers that’s probably a good amount of time to wait for a sequel), Fox can’t be in a desperate hurry; it cost $100m and grossed $246m worldwide, the least successful of Blue Sky’s animations (that’s including Robots!) I wouldn’t be surprised if the diligence required to keep the Schultz estate happy was something of a strain to boot (son Craig and grandson Bryan are credited on the screenplay with Cornelius Uliano; director Steve Martino helmed Continental Drift and Horton Hears a Who!) 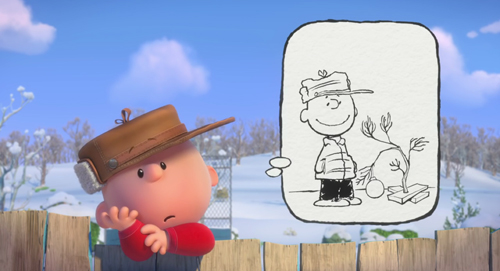 Which may have been no bad thing, all told. Certainly, against the odds, the CGI animation perfectly complements the Shultz strip versions. Unnecessary, certainly, but in no way does it deface the legacy like the horrific live action Garfield that appeared about a decade ago (if there are plans to remount that character for the screen at some point, and there are bound to be, particularly with the success of The Secret Life of Pets, the makers could do worse than follow The Peanuts Movie template). 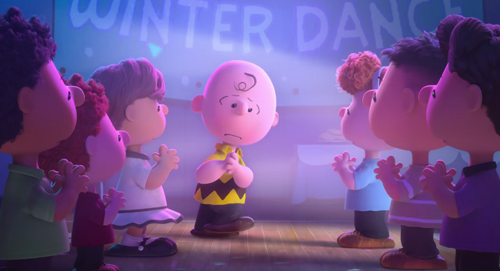 On the downside, the plotless, easy-going approach of the original version simply doesn’t lend itself to this kind of expansion. Charlie Brown may be the classic frustrated loser (or “an insecure, wishy-washy failure” as he says of himself here, only to be told “You have all the qualities I admire”; not something you hear said to your typical inept sitcom character), but that doesn’t mean his format is endlessly malleable. 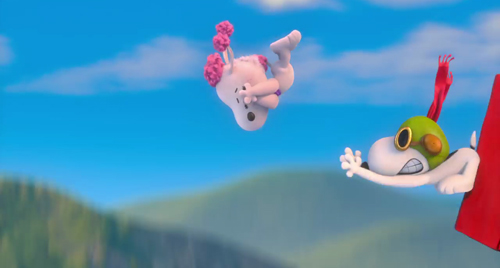 The premise, such as it is, finds Charlie enamoured by new classmate the Little Red-Haired Girl, and doing his best/worst to get her to notice him. The results are never less than episodic, with the plot ambling along in an amiable fashion that absolutely doesn’t call for close attention and absolutely does require staying power. Along the way Charlie receives a perfect test score, and we’re subjected to Snoopy fantasy interludes as he woos a damsel dog and acts the flying ace (essentially this is an easy one for Blue Sky, since he becomes the Scrat character, punctuating the narrative but with little purpose in the main story). 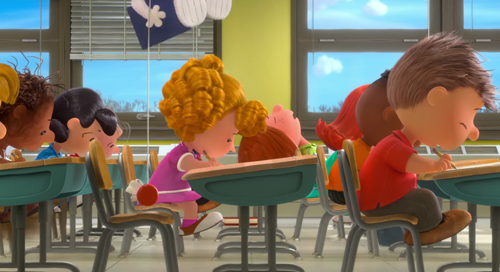 Of course, we see Charlie’s essential noble nature, helping out his sister in a talent show at his own expense and owning up to Peppermint Patty being the true test winner when he realises it wasn’t him, and the whole just stays the right side of maudlin, but it rarely elicits any strong emotion at all. Perhaps in that way it’s the perfect encapsulation (or extension) of America’s best loved strip cartoon; inoffensiveness is a great leveller. 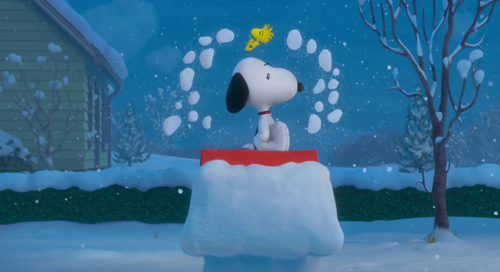 There are nice moments; Charlie attempting to read Leo Toy Store by Warren Peace (“Yikes! How long was this war?”), and bizarrely succeeding, and Lucy reviewing Snoopy’s composition (“A dog that flies? That’s the dumbest thing I’ve ever heard!”) but The Peanuts Movie’s greatest virtue is – very similarly to Horton Hears a Who!, actually, although that was top notch – finding a means of translating the style of the original material to a new medium in a way that enhances or complements rather than denigrates or diminishes it.