How’d you manage to run over our llama? 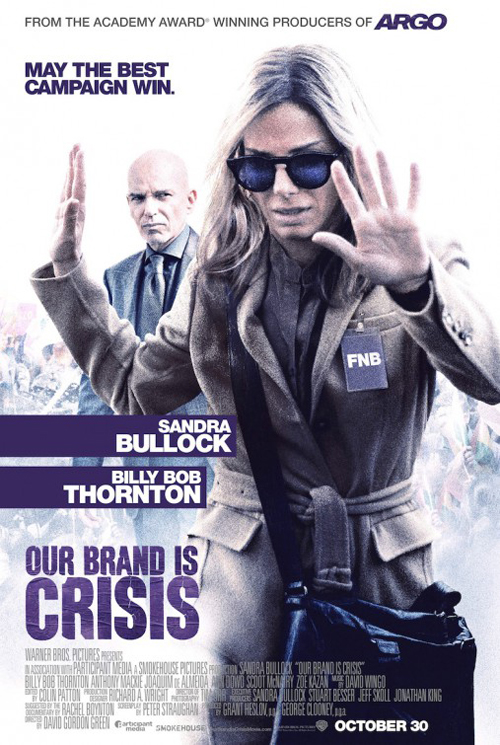 (SPOILERS) Grant Heslov and George Clooney seem to have a knack for picking up fact-based fare on the grounds that it sounds vaguely interesting in a vaguely (or not so vaguely) political sense, and then attempting to work out a way of bashing it into some kind of semi-relatable narrative shape as a fiction movie. Occasionally they strike lucky (Argo, Good Night, and Good Luck), but more frequently they seem closer to having little idea, what with this and The Monuments Men and The Men Who Stare at Goats. Actually, I liked the latter, but it wore on its sleeve how no one had a clue how to make it work. 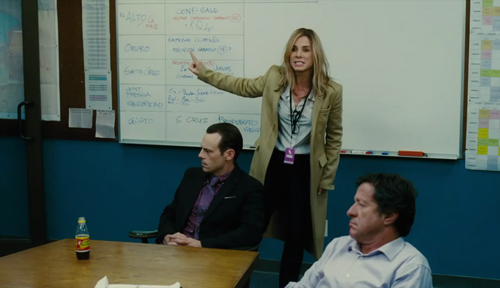 Our Brand is Crisis sounds like it should be good, based as it is on the 2005 doc of the same name concerning campaign strategists’ contributions to the 2002 Bolivian presidential election. But, like the majority of Clooney’s socially conscious fare it ends up mostly toothless (hardly surprising, when he happily hosts fundraisers for an overtly corrupt presidential nominee, presumably on the tremendously rocky grounds – always assuming he isn’t hopelessly deluded and genuinely thinks Hillary’s great, that is – that she’s better than the alternative). This is the movie equivalent of reformed ham, vaguely reminding you of the real thing but process-packaged to the hilt. The movie comes equipped with a jaunty, knowing, can-do vibe as it skims the surface of the ramifications and machinations of political power processes; it’s so determined to be accessible (rather than really good) that it ends up utterly inconsequential. 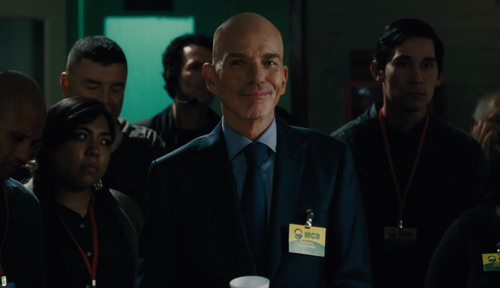 I’m not sure who’s to blame. Screenwriter Peter Straughan has been on a roll of late with Frank, Wolf Hall and Tinker Tailor, but let’s not forget he also has his name on The Debt, How to Lose Friends & Alienate People and the Goat Starers. Alternatively, I might single out director David Gordon Green, who like Richard Linklater tends to hit a bum note when he strays from the indie field. 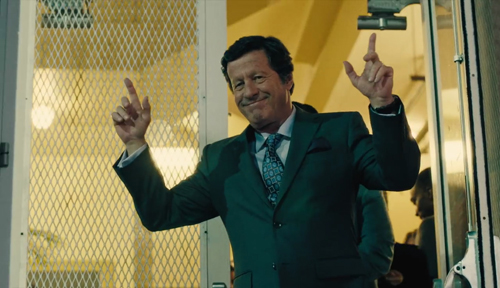 The performers are fine, if unremarkable (Sandy Buttocks and Billy Bob Thornton and Scoot McNairy doing what we’ve seen them do many times, likewise Joaquim de Almeida appearing dodgy and duplicitous as per usual). The main problem is that the material, despite being ripe for exploration, is treated in the most obvious manner possible. The attempts by Bullock and Billy Bob to undermine each other’s candidates’ campaigns are banal, the genuine historical precedents ones we’ve heard many times before, leading to ones lacking any inventiveness (“I never knew Klaus Barbie”). Added to which, Bullock’s character arc is tediously familiar (burnt out, back in the game, firing on all cylinders to a generically upbeat soundtrack against campaign montages, shown to have more insight than everyone else, regular sparring chats with her Billy Bob nemesis). 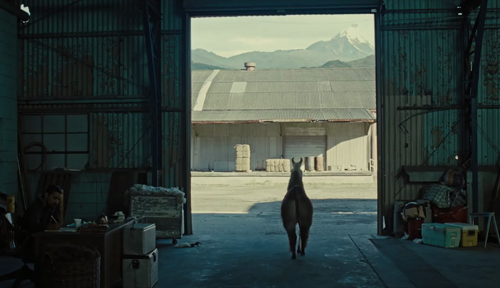 In a way this is worse than straightforward mindless studio fare, because it’s made with exactly the same formulaic, hit-making mind-set but actually derives from worthwhile subject matter. As the opening voiceover informs us, campaign contributions (the ones Clooney, despite concurring with this assessment, is supporting) are indicative of an empirically corrupt system, but the self-satisfied manner in which Our Brand is Crisis sits on its satirical laurels and discusses electioneering through cartoonishly manufactured crises is dishearteningly antiseptic rather than stirring (inevitably the insidious IMF deal goes ahead, although curiously there isn’t a whiff of the CIA in all this). Worse still that our protagonist campaigner is lent nominal scruples; it’s a cop out to the realities of such forums, but of a piece with Clooney’s MOR handwringing in the likes of this, Money Monster and The Ides of March. A shame, as this might have been another Bulworth.