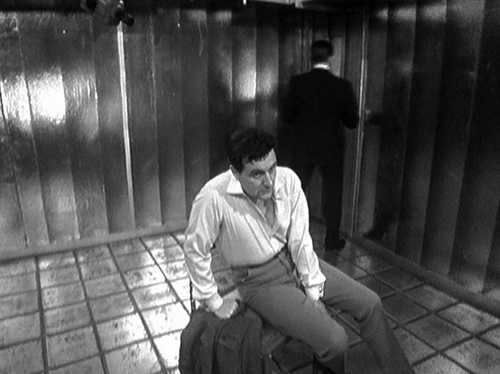 The Avengers
3.3: The Nutshell

Philip Chambers first teleplay (of two) for the series, and Raymond Menmuir’s second (also of two) as director, The Nutshell is an effective little whodunit in which Steed (again) poses as a bad guy, and Cathy (again) appears to be at loggerheads with him. The difference here is how sustained the pretence is, though; we aren’t actually in on the details until the end, and the whole scenario is played decidedly straight. 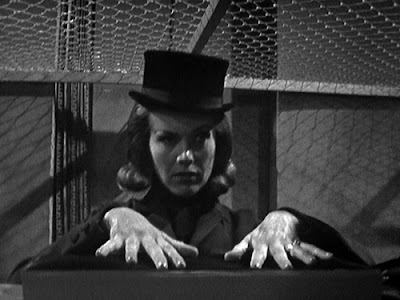 Set mostly in a bunker (the Nutshell of the title), quarter of a mile underground and providing protection for the “all the best people” (civil servants bunk on level 43; Steed usually gets off at the 18th) in the event of a thermo-nuclear onslaught, the setting is something of a misdirection, since it is also a convenient place to store national security archives, known as Big Ben (Bilateral Infiltration Great Britain, Europe and North America). Big Ben has been stolen. Or rather, the microfilm with details of all known double agents on both sides in the Cold War has. In hostile hands, this would mean a death blow to every allied agent operating behind the Iron Curtain. 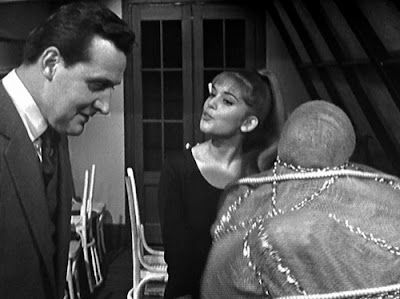 Cathy: You’ve been up to something fishy all day... How would I know if you were working for a foreign power, and not the government?
Steed: That’s a very interesting question, and for the moment it will have to remain academic.

We see a woman (Elin, Edina Ronay) stealing the secrets from the Nutshell during the opening scene, and Steed and Cathy are called upon to investigate. Steed appears to track down Elin, a cabaret artist (amusingly, their entire conversation is played out to the accompaniment of a sack-enshrouded escapologist struggling with his locks). But, lo and behold, he’s the inside man, and proceeds to help the presumed purchaser (double agent Jason, played by Jan Conrad) elude capture. As such, this isn’t really a question of whether Steed could be the perp, but the specifics of his involvement, and who or what he is trying to expose. 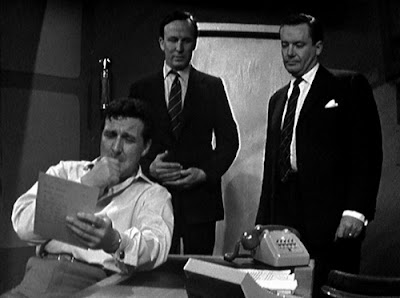 Venner: You realise the charge against you is treason?
Steed: Is it really? I hadn’t really thought about it. Shall we go?

The who turns out to be the least likely and therefore most likely supporting character, Charles Tingwell’s Venner, who is leading Steed’s interrogation. Tingwell, latterly a veteran of Neighbours and Home and Away, is a reliable co-star, although John Cater as the memorably monikered controller Disco makes a stronger impression. He speculates that Steed might be too good at his job, and so has taken to finding greater challenges. 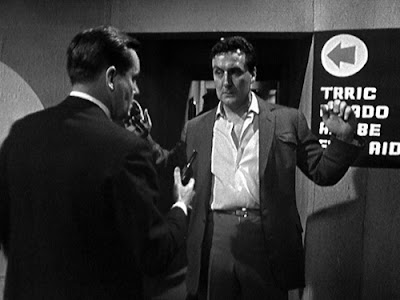 Cathy: How are you, Steed?
Steed: I’m losing weight.

This gets most of its juice from the grilling of Steed, and Cathy being in the dark over his end game. He’s exposed to the old “succulent dish” trick (“Right, now when you’re ready to talk, let him eat it. Now, take it away”) and introduced to an electrified floor. During the course of the interrogation we discover he has given up the fags. Very well done (unless we’re to assume he’s been retconned, that is; he’s puffing on a cigar in the next episode, so possibly continuity is not a priority)! It turns out that Steed got wind of the basic plot and took the initiative of inveigling himself in order catch those behind it: a risky business. 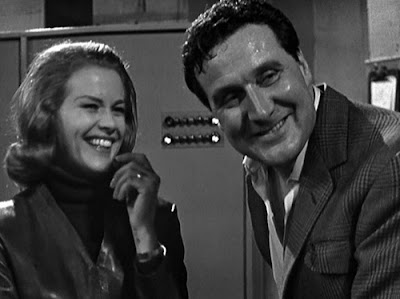 Not one that’s big on the laughs, then, albeit the reveal that the secreted microfilm consists entirely of holiday snaps (“One of me at Deauville” and Cathy “astride a donkey on a beach at Bognor Regis”), ends The Nutshell on a welcome light note. 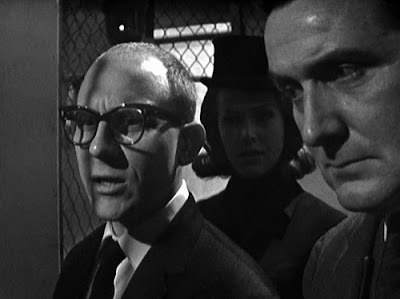 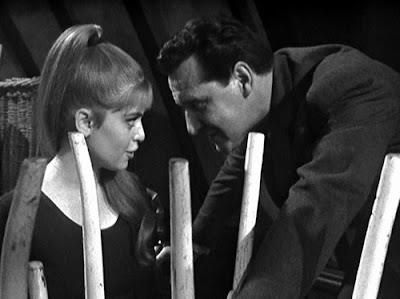 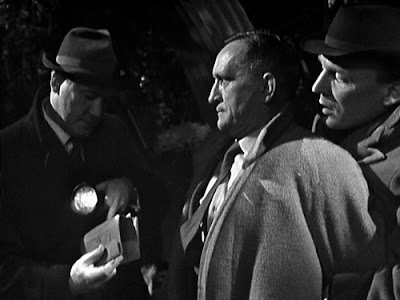 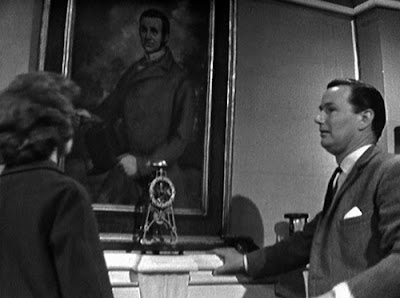 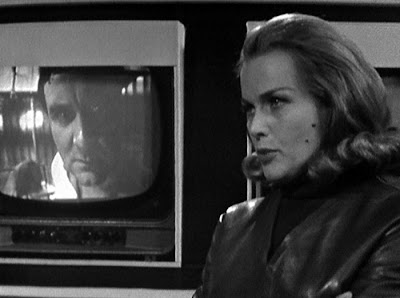 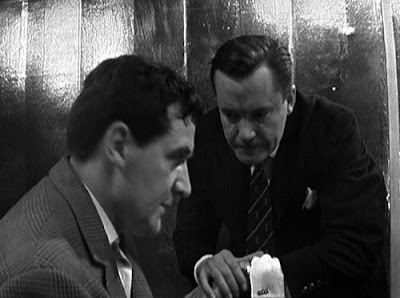 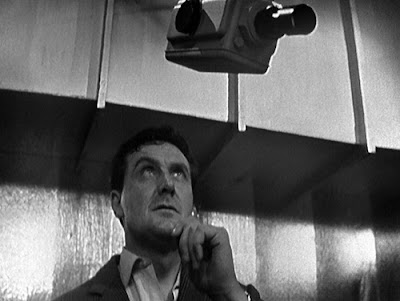 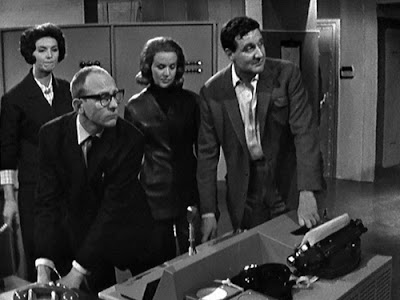 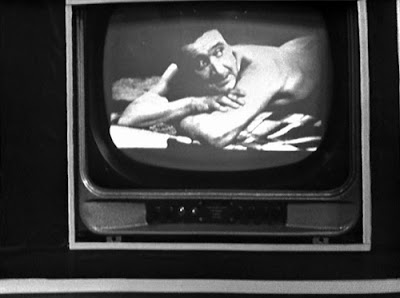