How on earth do you think I can go on pretending to be a budding eye surgeon? 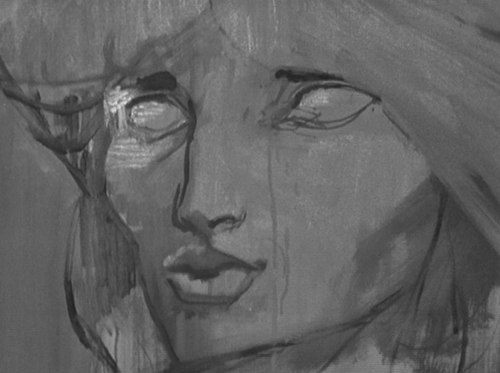 An unhinged performance from Peter Bowles aside (seriously, someone should have reined him on that manic laughter, although it’s one of the few things here that will keep you awake), Second Sight is a definite plod. Even the gruesome premise, of corneas transplanted from a live donor to give a rich man sight, proves to be a complete red herring; the facts involve altogether more pedestrian diamond smuggling. 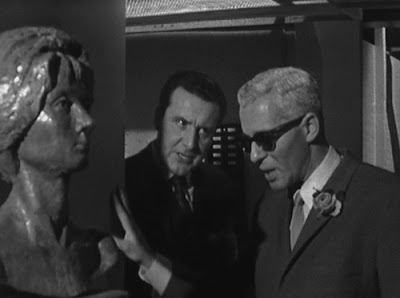 There are a few twists along the way, including that Maren Halvarssen (a strong performance from John Carson, who played Ambril in Snakedance and was also in A Chorus of Frogs) is innocent of the most unscrupulous aspects of the plot (he’s no murderer, but is an expert shot when it comes to recognising location from sound: a regular Blind Fury), but they aren’t enough to save it. 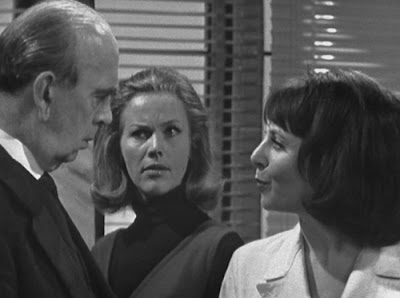 Ronald Adam is memorably stuffy as Dr Spender, an old family doctor friend who Steed rather unfortunately gets killed by bringing him into the affair. His pronounced sexism is mostly directed at Cathy (“I suppose you’re competent enough for a woman”), who is yet again called upon to express her limitless vaults of knowledge and experience, even if they don’t extend as far as practising eye surgery. 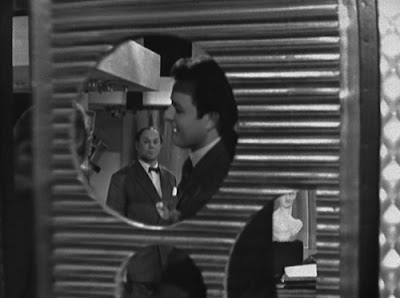 I noted the ad agency in the last episode, and it’s a bad sign when the set decoration is more engrossing than the surrounding story. So too here, there are some arrestingly holey doors at the Swiss clinic where most of this takes place. 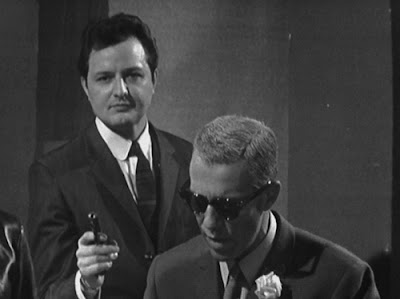 Predictably, the resolution is preceded by the lights going out. The cast is actually pretty good. Bowles, in the first of four guest star appearances, at least commands attention, with Judy Bruce as his less unhinged accomplice and Steven Scott making a noteworthy nervous anaesthetist ( he was Kebble in The Power of the Daleks, also a Burpa in Carry on… Up the Khyber). 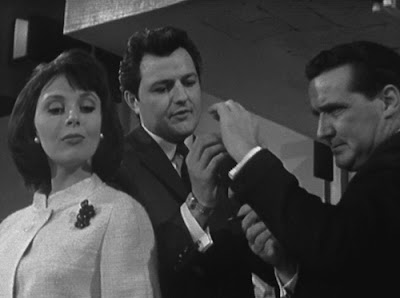 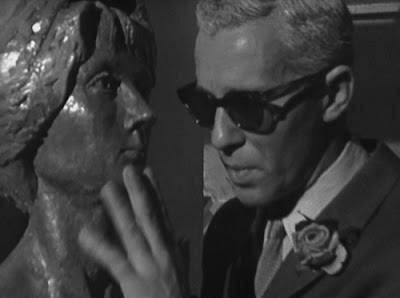 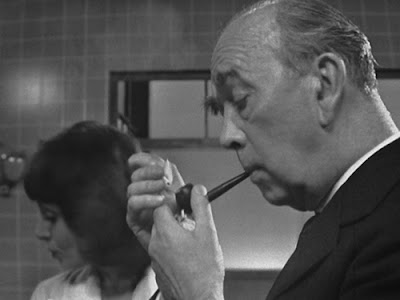 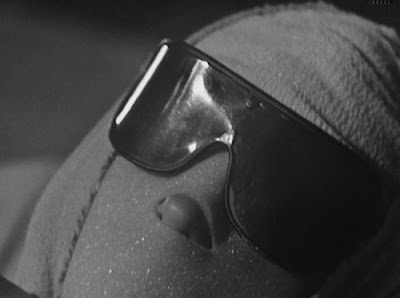 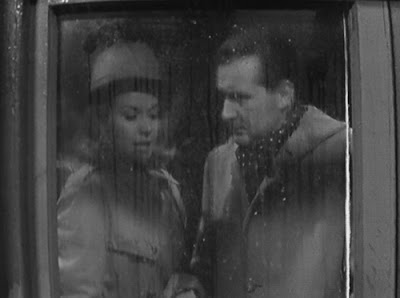 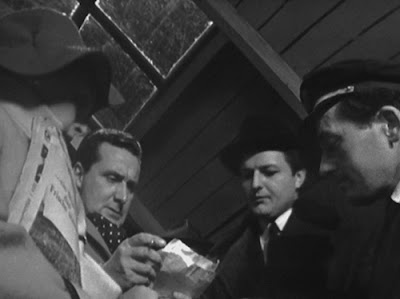 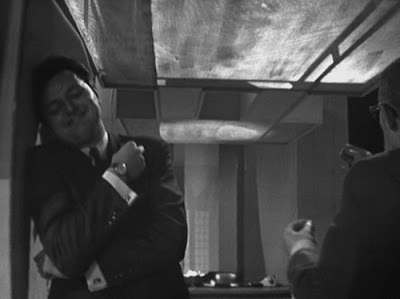 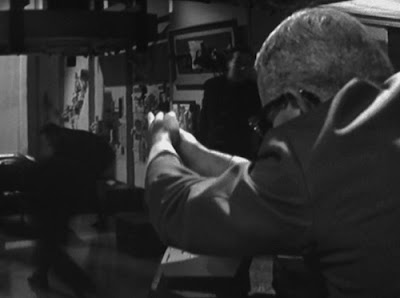