I can almost feel it, running up my toga. 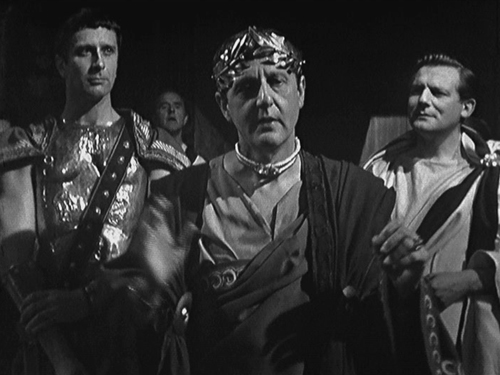 The Avengers
3.8: The Grandeur That Was Rome

Well, the title’s magnificent. The Grandeur That Was Rome, writer Rex Edwards’ only contribution to the series, looks as if it ought to be one of the broader, archer episodes, but it never quite finds its intended absurd footing. It’s not that it’s trying too hard, more that it isn’t eccentric enough for its design. 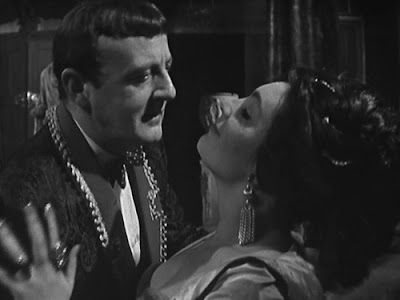 Like its predecessor, there’s a topical theme in the mix, with discussions of the deleterious effects of chemicals poisoning soil in the pursuit of increased productivity, the economics of it all (“Consumers want their food cheap, so that’s the way it has to be”), and the kind of unassuaging assurance that consoles no one when the side effects become apparent; “We know what we’re doing”. But ultimately this has relatively little to do with the main plot. We learn that “something happened to those fertilisers after they passed the quality test” (phew, that’s alright, then; it’s isolated!), something that has led to disease outbreaks across the world (“In the caucuses the flies are crawling. The pigs are walking backwards”). 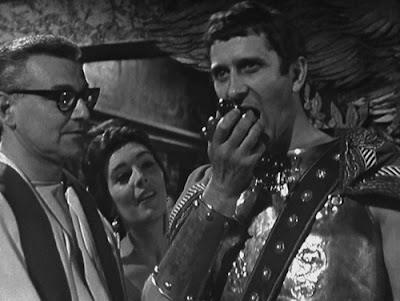 Sir Bruno: One government, one empire, and one Caesar.

This is down to contamination of grain with ergot, and the perpetrators, The United Food and Dressing Limited, under the direction of Hugh Burden’s Caesar-wannabe Sir Bruno Lucre and his World Empire Party (Burden’s was more memorable as unblinking Nestene operative Channing in Spearhead from Space). Cathy investigates, Steed investigates, and Bruno’s No.2 Marcus (John Flint, of The Crusade and Time-Flight), an alpha-male “fascist type political thug”, canoodling with Bruno’s intended Octavia (Colette Wilde, also of A Chorus of Frogs), is inevitably gifted a Shakespearean reference when he does for his boss (“What now, Brutus?”) 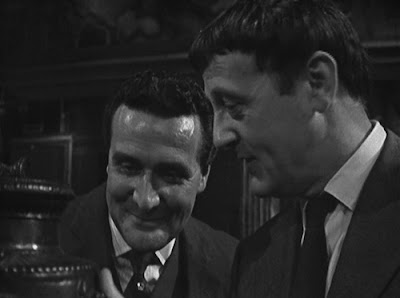 This, with its frequent references to bacchanalias, and the staging of one in the third act, ought to be a lot more fun than it is. It’s watchable enough, however, and Steed has some good lines when he visits Bruno (“My goodness me, you’ve also got a hypocaust!”), and some more when he confronts a factory lackey (“What are you doing, poisoning the pig food? Infecting the insecticide?”) 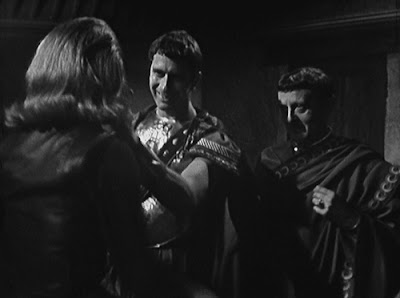 Cathy spends a fair while locked up, although there’s an amusing moment when Bruno touches her and then rushes to hide behind Marcus. I had the impression Steed didn’t know his Latin when Bruno was quoting to him (and he also shows his ignorance in bringing along a Greek pot; “Spoils of battle” he covers), but come the final scene he and Cathy appear to be quoting to each other (“You must be mad!”; translation of what they said, anyone?). 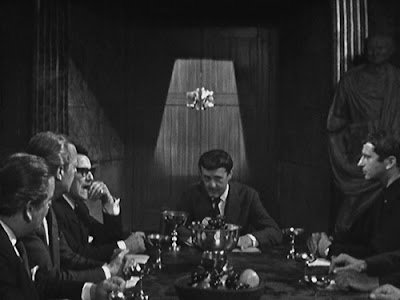 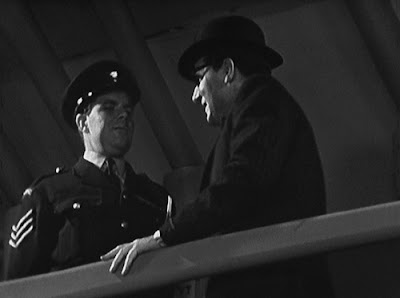 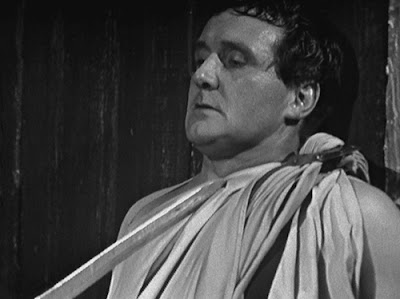 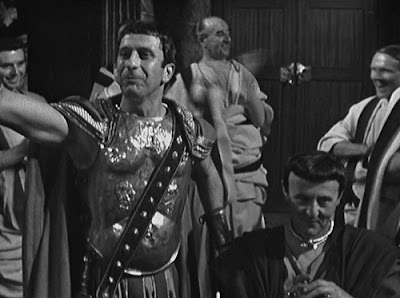 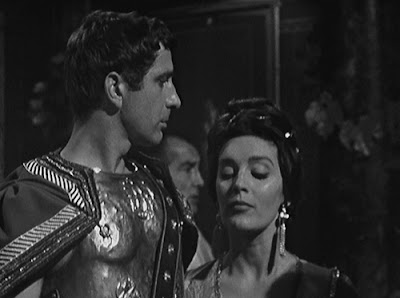