I must congratulate you on the use of your umbrella. 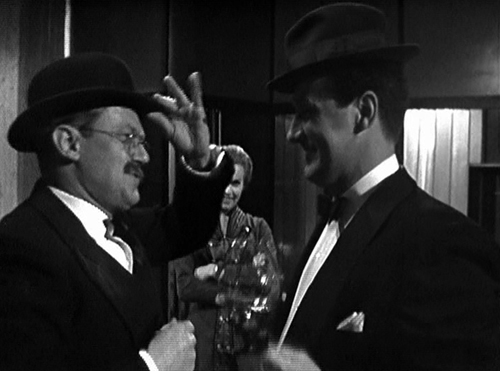 Terrance Dicks and Malcolm Hulke deliver a run-of-the-mill spy romp, distinguished mainly by how ludicrous the villain’s final gambit is. However, Concerto is somewhat salvaged by a surprisingly fun turn from Nigel Stock as Zalenko, a Russian opposite number to Steed. 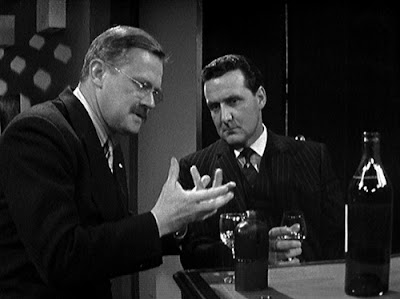 It’s a good thing Stock is having a good time, as his accent is pretty pokey. At first, it appears as if Zalenko will merely be a buffoonish incompetent (which wouldn’t be a surprise given Stock’s form, playing Watson to Peter Cushing’s Holmes, a particularly ineffectual Number Six in The Prisoner, and, of course, Mr Pickwick) as Steed mocks his undercover surveillance skills (“Of course, that cycling trip in Germany. The one that took you past all the American bases”), and more so when it appears that, during a drinking session, Steed is getting him sozzled on his own voddie rather than partaking himself (“No, you don’t have to leave yet. I want to tell you a funny story about a funeral”, Zalenko entreats). 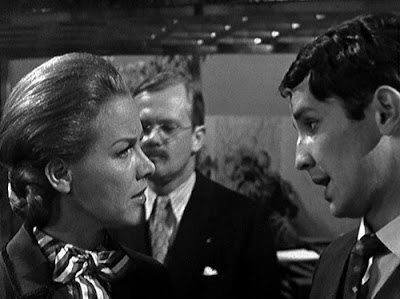 Steed: And where did you learn that particular piece of nastiness?
Zalenko: Saturday afternoons, British television. Last time I was here. You should watch.

But when it comes to ensuring the safety of Stefan Veliko (Sandor Eles), “the finest young concert pianist in the world”, he proves surprisingly effective, such that Steed is given to compliment him on his fighting skills (it’s a combined effort on their part), albeit requiring clarification that his manoeuvre was an attempt to disjoint the heavy’s left arm from its socket (the quote above). The episode concludes with the two of them drinking again, and Zalenko reminiscing about old Russia (‘You’re a naughty boy” suggests Steed; “No, no, I was miserable” he quickly protests). 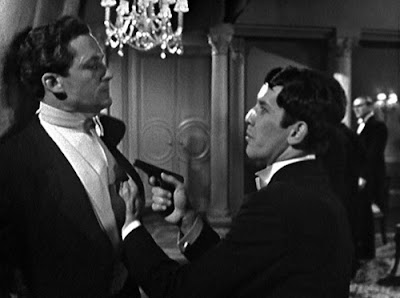 Unfortunately, this is by far the highlight of an otherwise so-so outing. The unlikely scheme involves a series of attempts by the villains to manipulate Veliko into killing the trade minister during highly important talks, and so lousing-up Anglo-Soviet relations. First a woman is found dead in his apartment, and then he’s lured to the Stud Club; he’s photographed exiting the strip joint with a British secret agent (guess who), which is used as rather unlikely leverage by British Cultural Council traitor Peterson (Bernard Brown). This strategy doesn’t bare much scrutiny, hence we concur when Veliko turns the gun on Peterson with “You didn’t really expect me to do it, did you?” 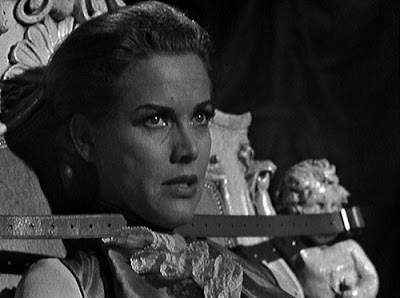 Cathy does some snooping at the BCC, ending up on the receiving end of a game of Russian Roulette from rotten lackey Burns (Geoffrey Colville). Who gets a face full of telephone when Steed comes to her rescue. Mrs Gale is generally rather side-lined, and Steed takes all the best moments, be it being described by Zalenko as a man about town (“his other activities are rather obscure”) or casually reprimanding a secretary who has given his mail to Peterson (“Now, if there are any more letters for me, perhaps you could keep them for me”). 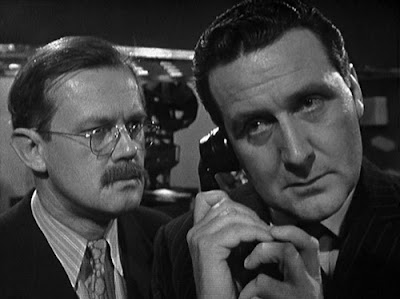 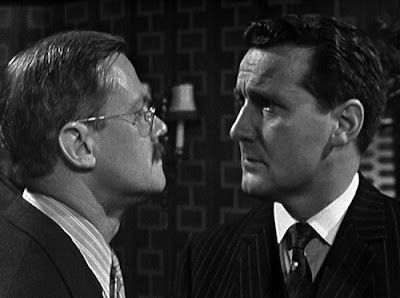 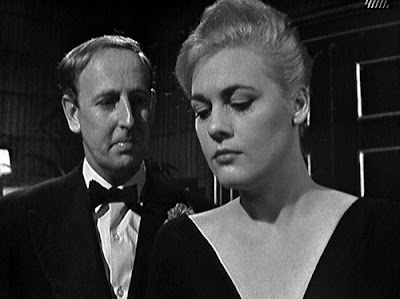 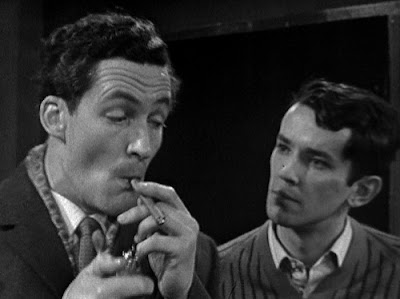 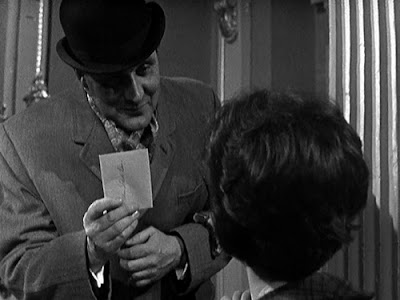