I suppose you realise that, officially, you’ve been dead for five years? 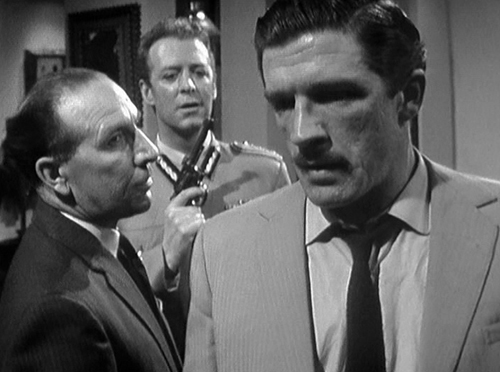 The Avengers
3.23: The Outside-In Man

The Outside-In Man sees the return of Ronald Radd from Season Three’s Bullseye, this time as Steed’s boss Quilpie, but the standout turn comes from James Maxwell (Wade in the later The Superlative Seven, Jackson in Underworld) as the mysteriously returned agent Mark Charter, who has spent five years in prison but is miraculously released just as the traitorous Sharp, whom he had been sent to kill when he was caught, is on a visit to Britain as an ambassador for Aburain. 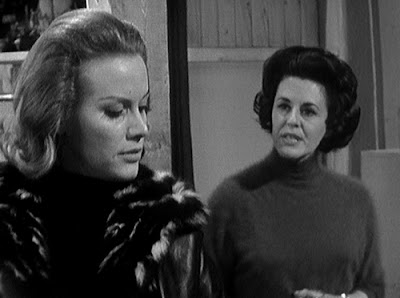 Helen Ratner: You don’t know what it’s like to be made a widow.
Cathy: Yes, I do.

It’s a premise ripe with potential writer Philip Chambers doesn’t quite make the most from, but the tension of just what Charter is up to and why is well sustained, barring a sag in the middle section. We eventually learn that the Aburainians are rather sick of Sharp, seeing him as an embarrassment (“an English minister of Interior Affairs”), so released Charter in order to later offer him the chance to take revenge for the death of his fellow agent Ratner (Beryl Baxter gives a strong, steely performance as the widow bent on justice for her deceased). 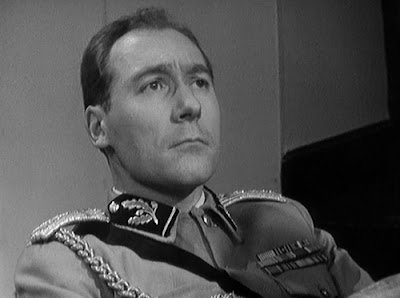 The resulting furore will give the Aburanians the excuse to disengage from a prospective arms deal with Britain. It’s a bit of a stretch on their part, to be honest, particularly since Charter doesn’t make good on the offer (although we think he may), taking Steed into his confidence (who has been letting the phone ring while Quilpie tries to contact him, reading Tintin and the Secret of the Unicorn: ‘Blistering barnacles’). Indeed, as William Devlin’s Ambassador is informed by Major Zulficar (Basil Hoskins), “Not your most successful operation, Ambassador”. Always good, as a writer, to point out a rather iffy plot you’ve come up with, so others don’t have to. 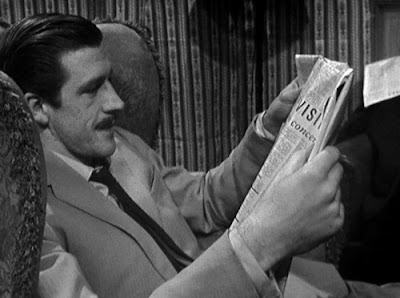 Cathy: After five years, he probably wants to get revenge on your security system. Haven’t your methods changed in five years?

Maxwell inhabits a rather louche, shifty quality as Charter, and there are several amusing scenes at his gentleman’s club as he returns, regaining his favourite chair at the expense of an interloper (“Ah, a new member” he says dismissively). Also appealing is the upfront manner in which he demands five years’ back pay from his boss. 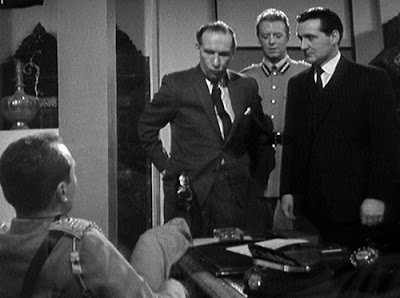 Anthony has his moments, although his presence is limited; the manner in which Sharp puts his feet on a desk, uninterested in authority or etiquette, marks him out as a thoroughly despicable type to have no truck with. 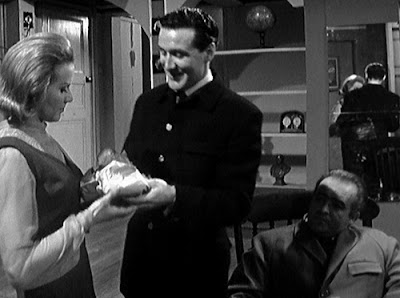 There’s also reference to Cathy being a vegetarian; this may have been referenced earlier in the series but I can’t recall (did it come up in White Dwarf?) At any rate, it becomes a recurring feature of the episode, given the shopfront butcher’s where Steed meets with Quilpie (the latter sporting an apron, then resuming formal discussions when they go to the back room; “That’s quite enough of that”) and the parting gag, with Steed entering equipped with two dozen shin bones (“I don’t need to sharpen my teeth” Cathy responds, still smarting from Steed’s failure to let her in on what he was up to). 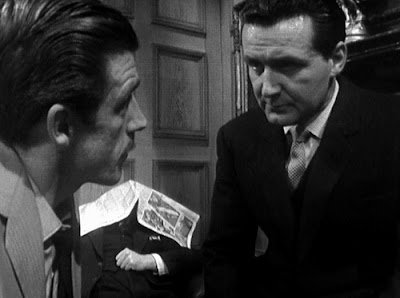 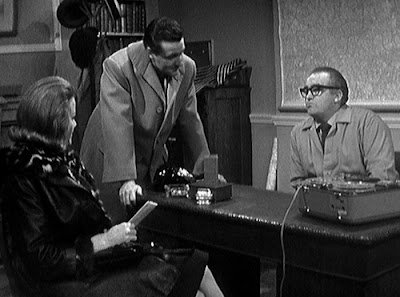 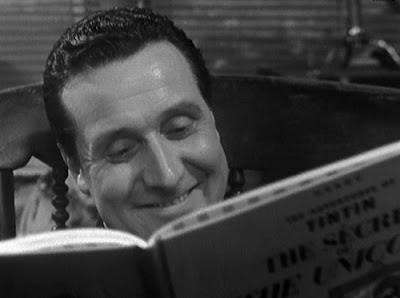 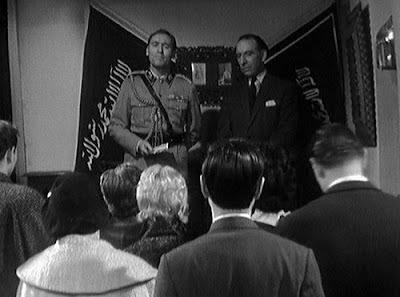 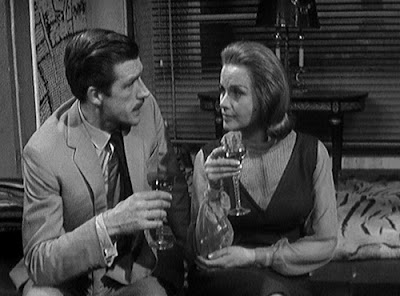 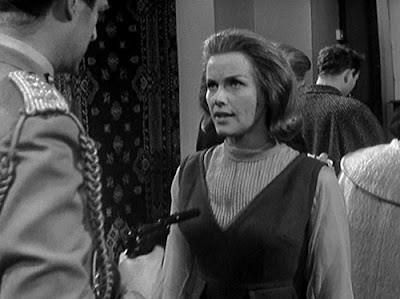