I’m telling you, something isn’t kosher with these pigs. 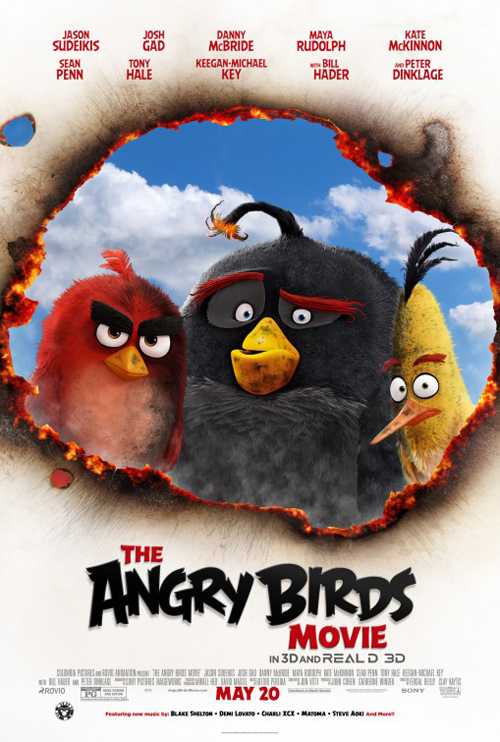 (SPOILERS) The Angry Birds Movie is a much better Angry Birds movie before it tries to approximate the to-and-fro thrust of the uber-popular app. That is, before it brings out the catapults. 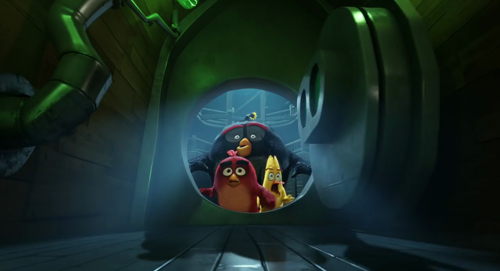 When it’s concentrating on the ornery Red (a surprisingly strong vocal performance from Jason Sudekis) and his reluctant attendance of anger management classes, along with wild-eyed, fast-walking duck Chuck (Josh Gad, the poor comfortably-sized man’s Jack Black) and explosive bird Bomb (Danny McBride), the generally caustic, disdainful tone works pretty well. There’s also an effective vocal cameo, surely inspired by South Park’s casting of George Clooney as a dog, from Sean Penn as an angry bird (obviously, Sean knows his angry) who only grunts. And Keegan-Michael Key is good value as Judge Peckinpah, an owl oblivious to Red’s protestations of danger from the arriving pigs. 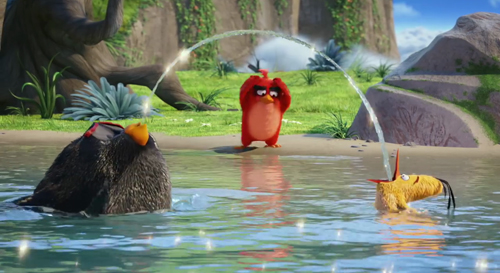 Unfortunately, once those pigs show up, led by Bill Hader’s Leonard, the movie settles into a generic hero’s narrative, with only rare attention-diverting interludes. Mighty Eagle’s arrival is signposted by a stream of urine, as he pisses into “the Lake of Wisdom” for an eternity (so this is the new standard for kids’ movies: jokes that would once have been at home in The Naked Gun are now deemed U certificate: there’s also a 50 Shades of Green poster, boob gags, and ones about indecent pig nudity and paedophilia). He’s also a peeping Tom, so bestowing strong family values on the little ones. And there’s a stream of one-liners too, hit and miss, but some raise a chuckle (“I’m telling you, something isn’t kosher with these pigs”). 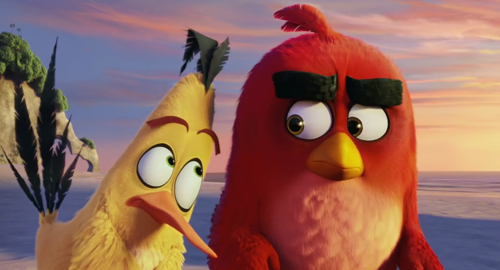 The first 40 minutes work as well as they do due to Sudekis’ sardonic distaste for the birds’ island life, making the general medley palatable. By the conclusion, he has become toothless, making firm pals with his formerly-angry peers and inviting them into his newly-built house (his first progressively demolished by the ships of pigs arriving on the beach). 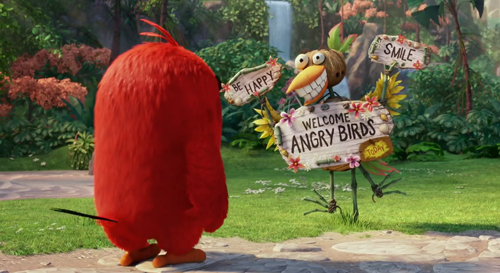 While the design of the movie is mostly of a piece with CGI animations are the world over, there’s the occasional nice touch, such as Red’s destruction of a “Be Happy” signage that looks like something out of Ren & Stimpy, and the faux-traditionally-animated regaling of the exploits of Mighty Eagle (Peter Dinklage), a legend amongst the bird populace. 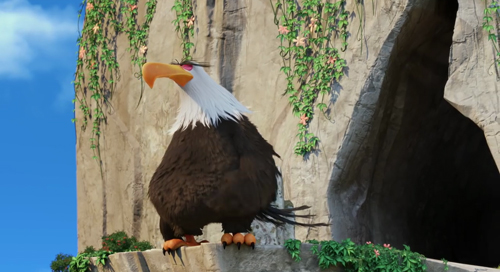 Some have suggested that the influx of pigs is meant to represent the refugee crisis, others the threat of Islam to America (with an American Eagle overseeing the birds’ island). If that was the case, one would have to assume Rovio/Sony were being deliberately provocative (in their choice of animal for antagonist). I have to admit, Leonard’s beard made me think Amish, while the hi-tech society of green pigs (green for envy) arriving on a foreign shore to steal eggs (oil) could be interpreted as exactly the reverse interpretation (and the birds’ eventual response, well…). 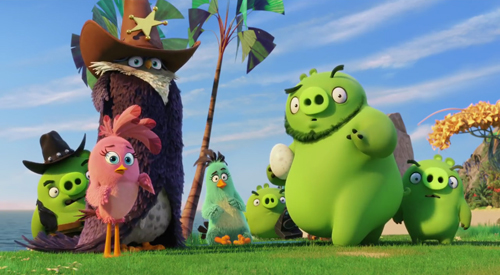 This Sony production is definitely looking to DreamWorks for its formula, rather than upwards(ish) to Pixar, hence the liberal sprinkling of pop tunes amid the adult humour. Some of these work, others are simply coasting (Sound of da Police is the high point, Never Gonna Give You Up amusing, Black Sabbath’s Paranoid… worrying). The Angry Birds Movie made more than enough to guarantee a sequel, but it may well end up a Smurfs case (also Sony) of a one hit not-quite-wonder before boredom sets in. If this had been made four years ago, it would probably have been guaranteed a half billion plus at the box office, but the brand has rather passed its peak. Or beak (justified, I would argue, as it’s about the standard of the gags here).