We now have more African Americans under criminal supervision than all the slaves back in the 1850s. 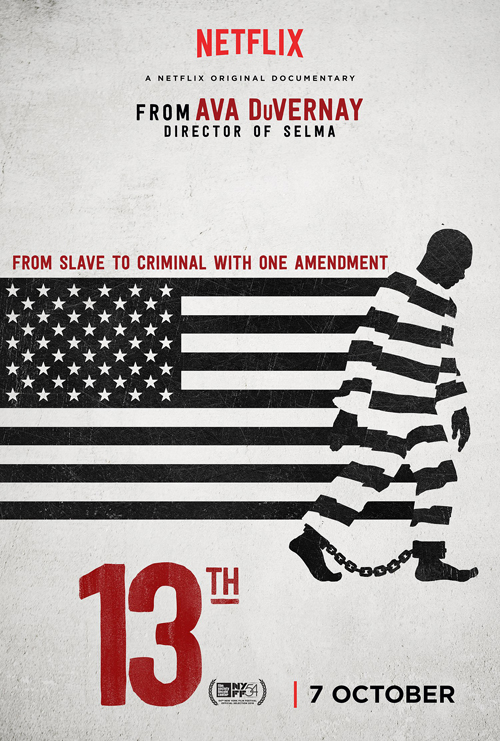 I felt much the same way about Ava DuVernay’s Oscar-nominated (and BAFTA-winning) documentary as I did about her earlier, Oscar-nominated feature Selma; it’s a solid, rather than remarkable piece of work. Towards the end of 13th there’s a debate about how to elicit change, and several voice the view that “You have to shock people into paying attention”. I’m not sure this does that. 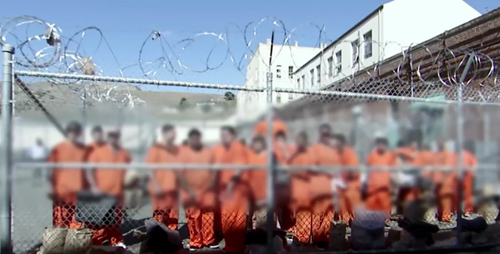 Certainly, DuVernay appears content to fall back on stylistically tried-and-tested documentary tropes, such as washing the piece with a sombrely plaintive piano it simply doesn’t need (and, after a while, which actively begins to detract from the substance). But, despite a measured pace, she covers significant ground during these 100 minutes, and it’s notable that the strongest territory comes from her starting point; the commoditisation of the prison system, and what this means for African American incarceration. 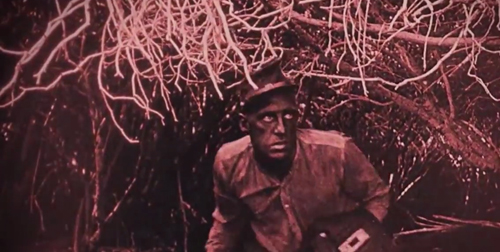 She charts a cogent course in evidencing that the current system represents slavery in a different form, from abolition and The Birth of a Nation to Jim Crow and the civil rights movement, with the Nixon presidency seeing in the era of mass incarceration, spinning in to Reaganite drug prevention policies (most revealing is footage of Lee Attwater explaining, pre-election, the “Southern Strategy”, whereby old racist terms and policies are redressed abstractly). 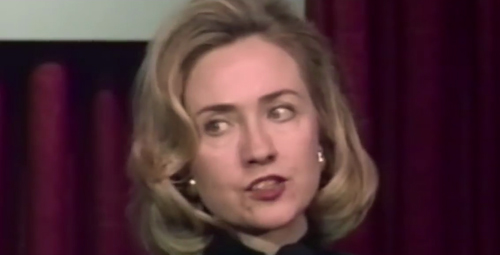 DuVernay also illustrates that there’s very little difference between Republicans and Democrats when it comes down to such economically-based policy making; we hear the rhetoric of both Clintons (Hillary with her “super predators”, and Bill’s omnibus crime bill, which saw the expansion of the prison system, is credited as being far more damaging than anything his Republican presidential predecessors enacted, such that his unconvincing, retrospective “I’m sorry” just doesn’t wash). 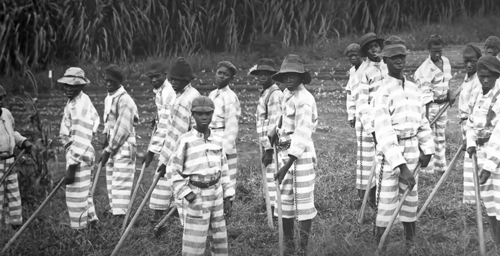 But the documentary is perhaps too tempered, too reserved, lacking sufficient sharpness. On a few occasions, it feels like it is becoming truly galvanised – when Angela Davis is a talking head, and we see historical footage of her. It’s interesting that DuVernay cites delving into ALEC (Action for Legislative Change) as the most challenging piece of her jigsaw, in both understanding and relating it, as this is by far the most engaged part of the doc narratively (and again comes back to her starting point of attacking the subject from a business perspective). 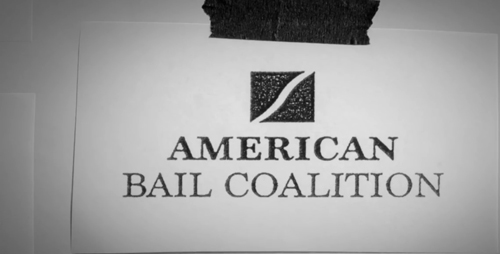 She appears to express surprise that a “shadowy group” would be up to such lobbying, probably because she isn’t an arch-conspiracist, but my takeaway was that she could probably have gone even further down the rabbit hole (although probably not to awards acclaim). The list of ALEC-influenced legislative actions (Stand Your Ground, Three Strikes and Out, Mandatory Minimum Sentencing, and SB 1070 – the right to stop anyone who looks like an immigrant) makes for entirely damning evidence, and the twisted way in which ALEC can now claim it isn’t working with Corrections Corporation America, and is rather focusing on bail and parole – but purely because their client is the American Bail Coalition, as there will be money to be made from GPS monitoring: incarceration in communities instead of prisons – is a masterpiece of cynical behaviour. 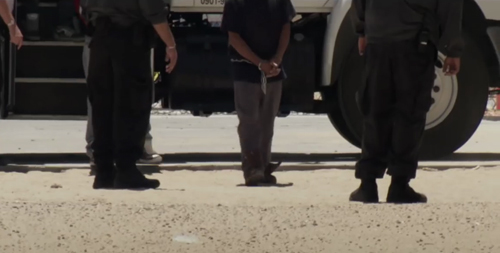 Elsewhere, DuVernay discusses the judicial system (“If everybody insisted on a trial, the whole system would shut down”; 97% of locked up African Americans have plea-bargained), and the disparity in African American male prison statistics (6.5% of the US population, but 40.2% of the prison population). While the closing passage, on the subject of shocking people, brings out actual footage, it is, perhaps because it has been more discussed and seen, less effective in terms of overall effect. DuVernay is quite right to say that the documentary maker has to go where the story takes them, but in this case, it’s also true that she’s on stronger ground where she started from than in the broader canvas.