Not much sun in my story. 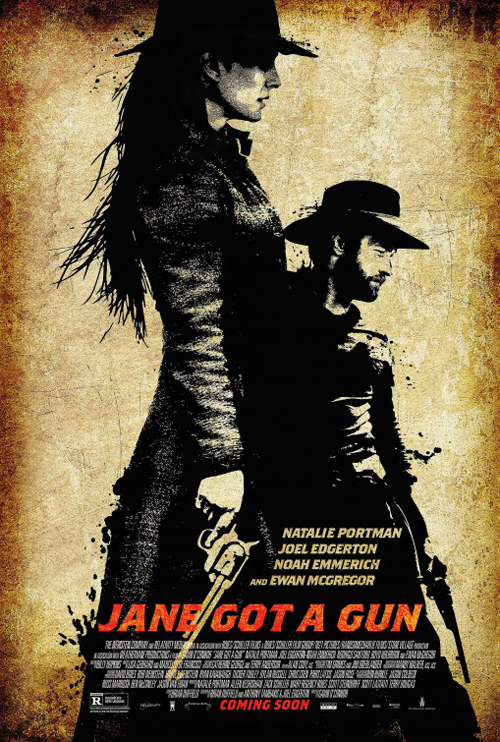 (SPOILERS) Movies with the turbulent production history of Jane Got a Gun invariably end up flopping, as often as not because the studio involved, having lost all faith, dumps them. Director Lynne Ramsay dropped out over control issues, Michael Fassbender had already dropped out over Lynne Ramsay issues, Joel Edgerton flipped from bad guy to good guy, Jude Law, Bradley Cooper and finally Ewan McGregor were cast as the villain, and competent journeyman Gavin O’Connor took over the reins. Natalie Portman remained just where she was, though, as did the title, rather suggesting a revenger this is not, at least tonally.

When O’Connor came on board, Edgerton and Anthony Tambakis (the upcoming Bad Boys for Life) rewrote Brian Duffield’s screenplay. One wonders at its state in the first place, as there’s little here that is strikingly different or remarkable. If you’ve seen the likes of 3:10 to Yuma and Open Range (to name a couple of examples from just this century), you’ll recognise the long, slow build-up to the climactic shootout, and the bad guys wanting to get the good guys (or gals) is about as traditional as it comes. What Jane Got a Gun, obviously from the title, boasted was a female lead, although this doesn’t have the pop rewiring or sensibility of Bad Girls or The Quick and the Dead.

Portman’s Jane fails to becomes a shit-hot markswoman, employing Edgerton’s ex-Dan Frost to provided gunslinging skills when hubby Noah Emmerich falls foul of the dread Bishop gang (led by McGregor’s John Bishop) and lies mortally imperilled. What follows, during the planning for the inevitable, is a sometimes-ungainly flashback structure detailing how it was that Jane and Dan became estranged and how she finished up where she is. While scenes involving her encounter with the Bishops, and in particular a sequence where Emmerich bursts in on a brothel, are effective, those with Dan mostly aren’t, including a particular fetid hot air balloon sequence.

The main upside to the flashbacks is McGregor’s remarkably strong performance. With a Tom Selleck moustache and his grin firmly curtailed, along with a decent stab at an accent (an area where he generally falters), he makes for a convincingly steely rotter, and is ably assisted by Boyd Holbrook as his slightly m-m-mad younger brother.

En route to a well-staged climax are several altercations and classic (or clichéd, depending on your tastes) exchanges (“Pain you to take a life like that?” asks Jane; “Pain me a lot more to let him do it to me” replies Dan – if it was Clint in this exchange, it would have carried better), and O’Connor seems to have more affinity for the desert environs, even given his short-notice attachment to the project, than for earlier fully-fledged vehicles (the likes of Miracle, Pride and Glory and Warrior are competent but unremarkable movies).

Jane’s cathartic encounter with Bishop is a little on the pedestrian side, but you knew it was heading that way; the cop out regarding the presumed dead daughter is a really quite terrible cheat, though, suggestive of a slew of studio-mandated changes; the truncated running time too may be indicative of scenes ending up on the cutting room floor. Nevertheless, Jane Got a Gun doesn’t deserve to have been roundly ignored the way it was. It’s a serviceable little western, well-performed all round and delivering where it counts.