Will you watch with me? 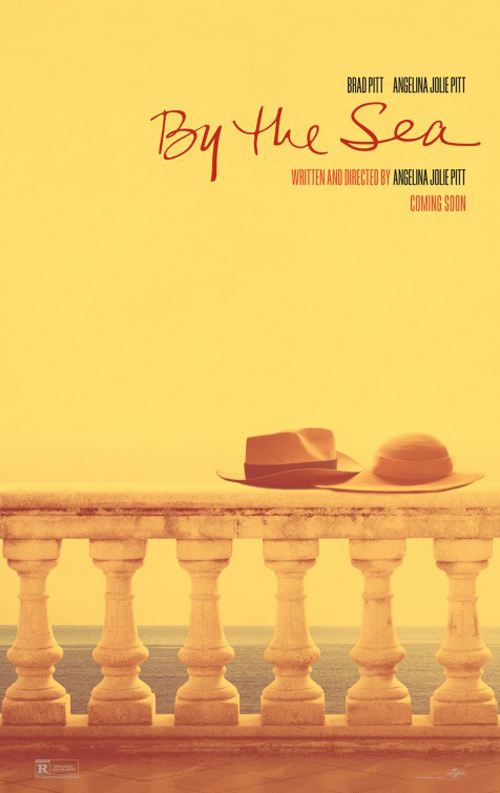 (SPOILERS) Angelina Jolie’s movie horribilis, the tale of a troubled marriage that preceded the actual break-up of a troubled marriage and was met with general critical disdain and public indifference. Is By the Sea the bust that has been widely reported? No, but it’s definitely on the soporific side, and illustrates that, while Jolie has some skill calling the shots, scribbling is not her forte.

Which isn’t to say the rocky relationship between Roland and Vanessa in ‘70s France (well, Malta’s island of Gozo but who’s being picky – perhaps she should have just gone to Manchester) lacks a resounding emotional substratum. Rather, it feels desperately thin and conflated, and there isn’t enough conviction to its central conceit to sustain it. Namely, that the pair conspire to distract from their own issues by peeping on the young, vibrant couple (Melanie Laurent’s Lea, Melvil Poupaud’s Francois) next door for their jollies (Jolies?), so firing up their dwindling passion.

There’s something rather masochistic about the alter ego Jolie (or, Jolie Pitt, not a credit built to last) has written herself into, a bitter, barren former dancing star intent on turning her husband away from her in whatever way she can. Not that he’s any saint, fond as he is of hitting the bottle as an escape from his domestic and authorial inadequacies. The one island of contemplative calm in this emotional storm is Niels Arestrup’s bar owner Michel, there to offer Roland sage advice on love, life and loss. It may just be Arestruo’s conviction, but these scenes are by far the best in the picture.

Although, Christian Berger (a sometime collaborator with Michael Hanke) ensures the naturally-lit vistas are very nice throughout. Sure, it’s like watching lustrous paint dry for much of the time, but it’s nevertheless impressively lustrous paint. Part of the problem is, there’s nothing believably compelling about Lea and Francois, nothing that sells the strife-ridden duo’s interest in the copulations and contemplations of these newly marrieds.

Laurent’s as lovely as always, but Poupaud is a charisma deficit with abs. The likes of De Palma and Hitchcock have impressed upon us the allure of voyeurism, but observing two who would more likely be the recipients of the casual voyeur engage in it themselves is unconvincing. On top of which, Jolie has crafted a piece that, over the course of two hours, turns in torturously concentric circles around Bradley’s voiced concern of “Am I wrong to think you’re trying to destroy us?”. Pitt’s okay, rocking a fine moustache. Angelina looks ever-more insectoid and brittle, a caricature of a Hollywood icon, like she’s angling for a remake of Whatever Happened to Baby Jane?

As to the resolution, it’s unclear where Roland and Vanessa stand, whether after fourteen years they will see things through for the duration, but they already have two years on their real world other halves. There’s much rumination in here, and Jolie may actually be more directorially suited to arthouse posing than the strident, overblown staging of Unbroken, but she needs to come up with material that’s less emotionally and philosophically arid if she’s going to spend so long waxing over it. The biggest mystery is how By the Sea cost $25m. Unless it all went on Illuminati snake sacrifices.