Are you having any trouble with quantum entanglement? 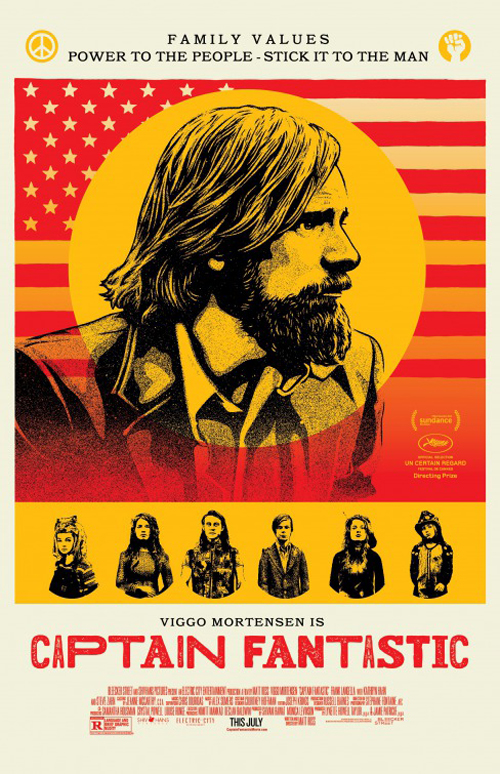 (SPOILERS) Matt Ross partly based his screenplay for Captain Fantastic on his experiences being brought up in alternative communities, so it’s a shame that doesn’t feed into a more grounded, rounded viewing experience. He’s lucky he has Viggo Mortensen (as patriarch Ben) to anchor a picture constantly enmiring itself in overblown positions and entrenched conflicts, but even he, Oscar nominated as he was for his performance, can’t salvage the third act from unsustainable melodramatics.

Ross etches out Ben’s discipline with due consistency, but it’s all a bit rich. Yes, these kids could be so ridiculously capable, multi-lingual, faultlessly able to receive, process and understand everything they’re taught, but it immediately plays as a fantasy (fantastic) version of such home schooling, designed to underline the payoff you can see coming from very early on, one spelled out by oldest child Bodevan (George MacKay), that “I know nothing! I’m a freak because of you. Unless it comes out of a fucking book I don’t know anything about anything” (so much so that, despite the breadth of their education and the life they kill for food, they are apparently unfamiliar with the standard operating procedure of sheep).

You’re left with the awareness that this is actually one of those standard cosy-but-wacky, life-affirming Hollywood family dramas, complete with the deployment of supremely daft plot developments to power the third act, redressed in indie clothing, so rote is the essential message and the means by which it’s resolved. Robin Williams might have starred in Captain Fantastic in the mid-90s (as Peter Bradshaw observed in his scathing review – a little too harsh – it compares unfavourably to Peter Weir’s similarly themed The Mosquito Coast).

I suspect the point I decided Captain Fantastic was just too good to be true was when Vespyr (Annalisse Basso), having been instructed “Interesting is a non-word”, provides a singularly insightful analysis of Lolita having read only half of it. Ross is making no bones about the flaws in Ben’s system of rule, and we’re at least as onside with his being right as wrong, but he distils these dilemmas into the rather weak, inevitable compromise of the final scene, as Ben strikes the balance of a farm life, where the kids attend normal school and get to experience the joys of nature.

It would have been interesting if Ross had actually tackle Ben’s system of morality and philosophy, rather than experience it externally, as an observer, through his kids and extended family. But, because he’s portrayed as unflinching, there’s no opportunity to get an “in”, and it means the picture operates only on the levels of conflict or sentiment, failing to interrogate his viewpoint in a meaningful way. When he initiates a “free the food” campaign, encouraging his kids to steal from a supermarket, and is confronted over this by a thunderingly one-note father-in-law Jack (Frank Langella), the supremely articulate man becomes tongue-tied. The “Happy Noam Chomsky Day” can only be a piss-take, admittedly, but much as the picture invites a humorous streak (Bodevan’s changing leftist devotions; “I’m not a Trotskyist any more. I’m a Maoist”) it tends to go too far with its indie-fantasy trappings to ever take the essential idea seriously, or to view it as a “valid, but…”

Of the kids, the most time is spent on Bodevan, who has managed to gain places in all the big colleges but can’t talk to girls (and yet, it’s clear that this isn’t the first time he’s been to civilisation, and it’s frankly implausible that Ben and Leslie wouldn’t have at least considered the effect isolation would have on hormonal teenagers – that these points go unaddressed makes the picture seem half-baked). Lines like “What’s Cola?”: “Poisoned water” are cute, but more for a gag than creating a rounded movie.

The whole “amusingly eventful road trip of a colourful family amid tragedy” thing put me in mind of Little Miss Sunshine, but that picture judged its tone better, even if it had its sights much lower. Here, Ben realising the error of his ways when Vespyr falls off Jack’s roof comes across as plain false: that he’s willing to abandon his entire brood to a life of pampered luxury by (his wife’s) grandparents who share none of his values. The digging up of Leslie’s body to give her the Buddhist funeral she wanted is supposed to strike a triumphant, affirmative note, but by that point the picture has become too detached from its slender moorings. Even more so when these astonishingly accomplished kids embark on a rendition of Sweet Child O’Mine (I thought they only listened to Bach?)

There’s no faulting the performances in Ross’ film (also of note are Nicholas Hamilton as the rebellious Relian – “Our names are unique. There’s only one of us in the whole world” – Kathryn Hahn and Steve Zahn as Ben’s sister and brother-in-law, and Ann Dowd as his mother-in-law), only the quality of the screenplay, which hits easy culture-clash targets rather than approaching never-more pertinent subject matter – how do you escape when the world is ever-more encroaching at every turn, and how do you survive the severing of the chord if you do manage to drop out? – with clarity and insight. 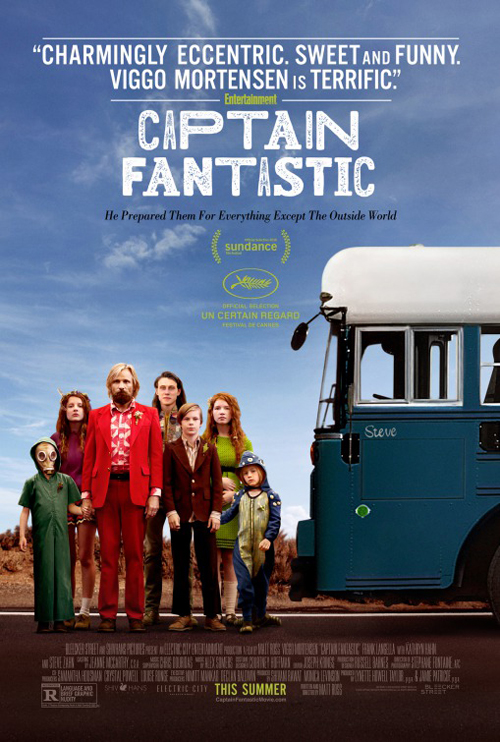