Biffy would not squirt the squirter, Jeeves. 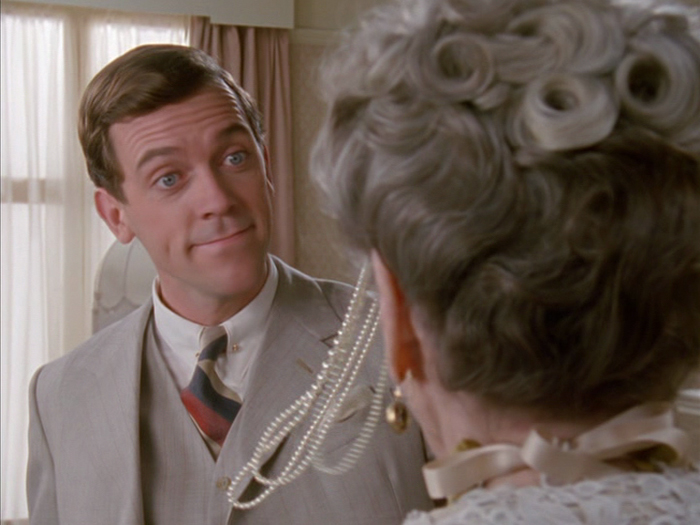 Jeeves and Wooster
2.3: Pearls Mean Tears
(aka The Con)

I can’t fault the competence and faithfulness with which this episode is siphoned out, but it doesn’t quite sing for me. As Bertie recounts, “Life can be delish, with a sunny disposish” and this is merely serviceable diner grub. Bertie falling for the manipulations of Soapy Sid, masquerading as a curate with his “sister” is engaging enough, and there’s good fun to be had from Aunt Agatha being hoisted by her own petard and unfairly accusing the lower orders of burglary, but the other plotline is one of the less scintillating Wodehouse inventions. 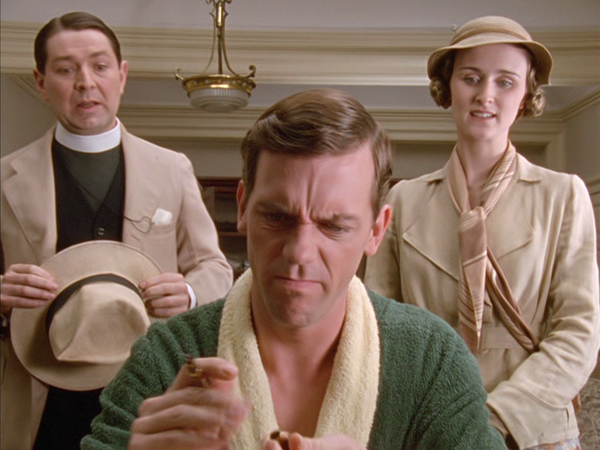 The Inimitable Jeeves (previously plundered in 1.1 and 1.3) provides the Soapy Sid plot, in which Aunt Agatha attempts to pair her nephew off (“You should be breeding children, Bertie”), to understandable disdain. Her choice of intended is Aline Hemingway (Rebecca Saire, veteran of The Quatermass Conclusion and Jonathan Strange & Mr Norrell, as well as A Bit of Fry and Laurie), the aforementioned sister of Sidney (Graham Seed). Bertie’s nonplussed, (“Look, I don’t want to go to any blasted museum!”) and is berated for his coarseness (“Kindly mind your language, Bertie!”). In contrast to the short story, this doesn’t take place in Roville, France but rather non-descript seaside town Westcombe-on-Sea (some might say it’s a shame such choices weren’t made with the series’ American adventures), but mostly it follows course. 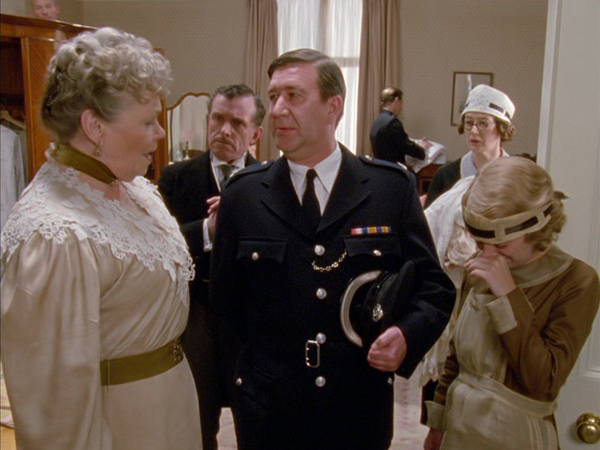 Sid manages to snatch Agatha’s pearls, as well as swindling £100 out of Bertie, despite Jeeves’ warnings that he has been seen selling tips at the race course. Jeeves comes through, of course (“Ere, that’s illegal that is” is Aline’s response on learning Jeeves has been through her luggage to retrieve the pearls) and Agatha well and truly has to eat humble pie after bringing a maid to tears and levelling accusations against the hotel (“These aren’t the chaps are they?” asks her nephew on retrieving the valuables) in a rare occasion of Bertie being able to hold court. 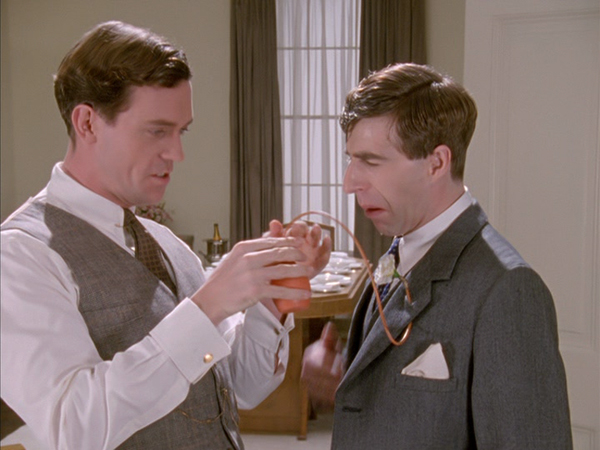 So that sequence is fairly satisfying. Less so is the predicament of Bertie’s pal Biffy Biffen, a less than a bright spark and a highly forgetful one, played with soporific tendencies by Philip Shelley. Biffy has gone and got engaged to Honoria Glossop but doesn’t really know why, since he is doting after his intended, who he managed to meet on his way to New York, then lose through forgetting her surname. 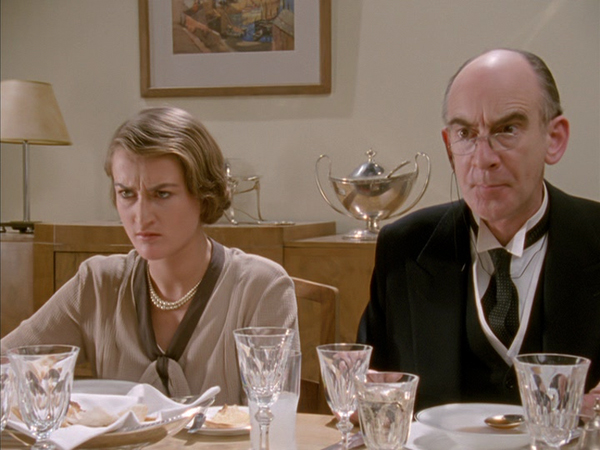 There’s a not-as-good-as-it-should-have-been rerun of a dinner with Sir Roderick Glossop, in which Biffy fails to assassinate the brain specialist with a water-filled plastic flower (“Biffy would not squirt the squirter, Jeeves”). We do learn that Jeeves has a niece (revelations of his family and intimate affairs are always welcome and often surprising), who just so happens to be Mabel (Jenny Whiffen), the object of Biffy’s affections. It’s an instance of Jeeves, not being in possession of the facts, doing an associate of Bertie’s an injustice (I feel as if this has happened several times, but I can’t recall other instances offhand). 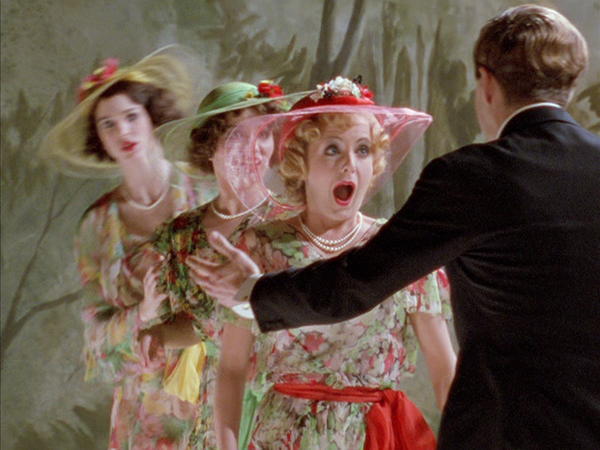 Rather than the Palace of Beauty reunion of the story (Mabel was in a tank, wearing a muff, playing Queen Elizabeth or Boadicea, “or someone of that period”), this occurs at a full-on theatre, during a performance of “Woof Woof” (the accompanying song is amusingly literal) and all ends well. I think it’s Shelley, not the poet, who brings this one down a notch. The best man and manservant exchange finds Bertie asking “Do you know what I look for in a song?” to which Jeeves replies “I have often wondered”. 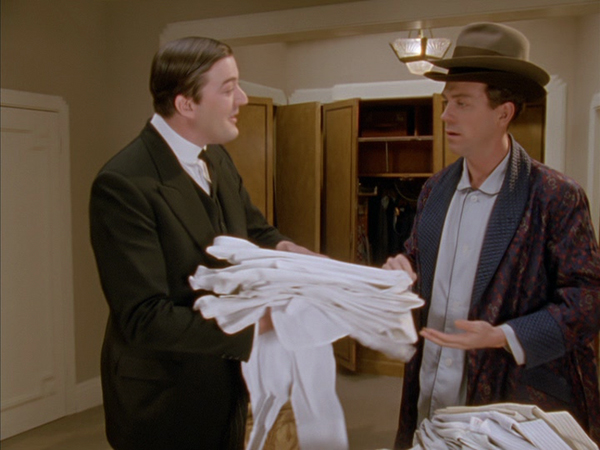 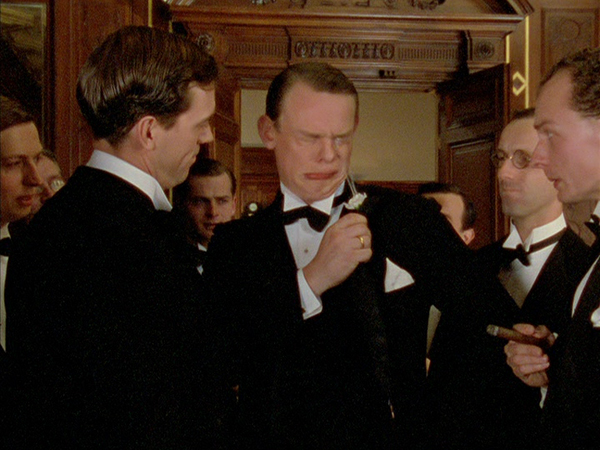 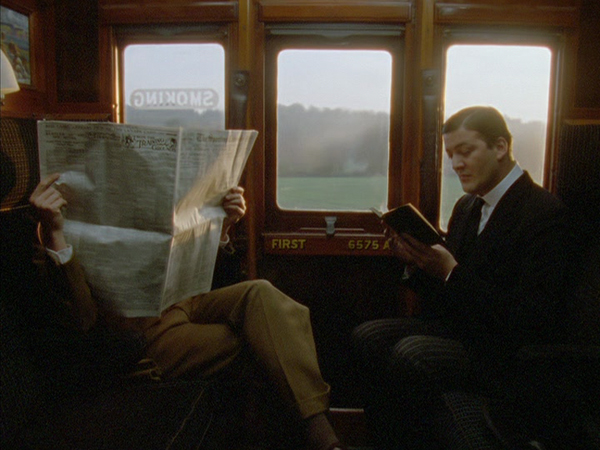 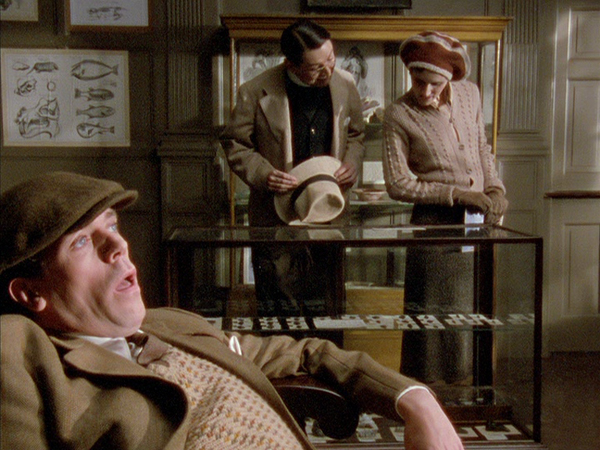 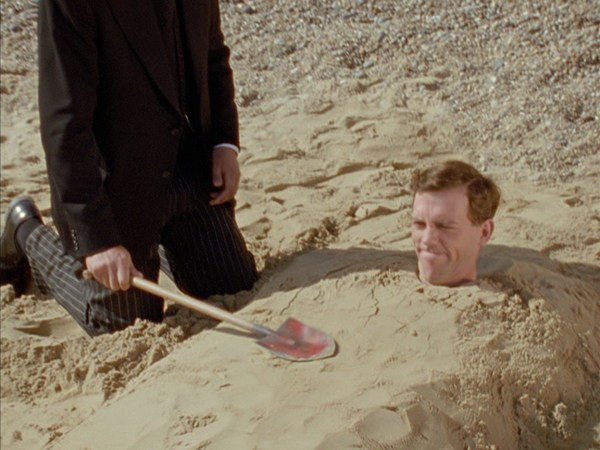 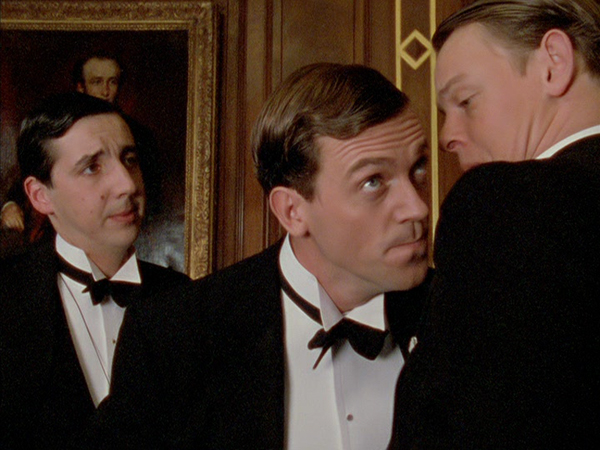 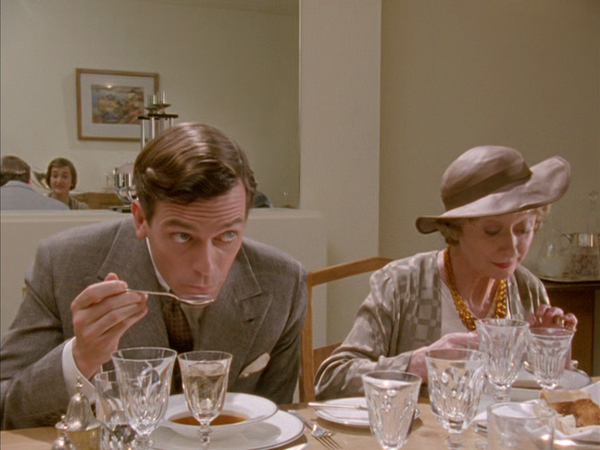 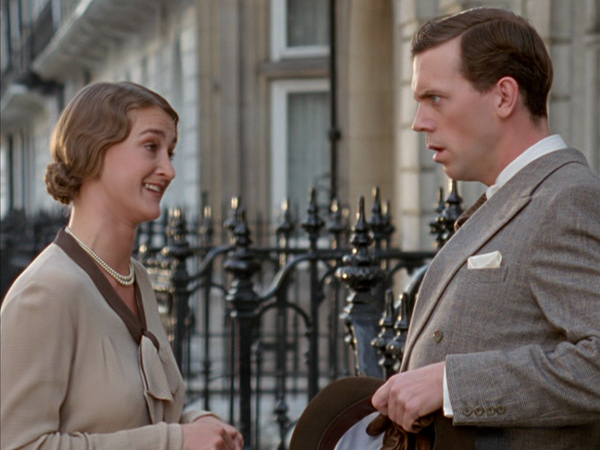 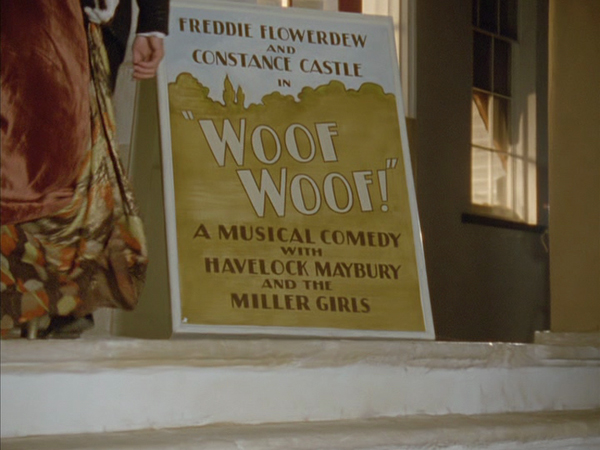 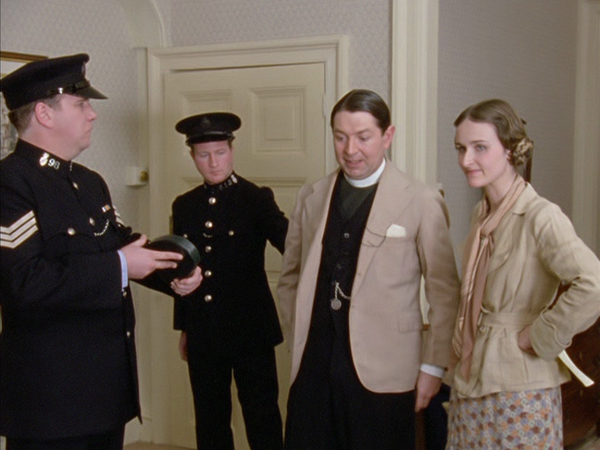