It impressed me that the pharaohs seldom wore shirts.

Oddly, given their reputation as a confrontational band, Jim Jarmusch’s film about Iggy and The Stooges isn’t all that explosive. Perhaps it’s down to the intervening 50 years and inevitable mellowing of the main suspects. Certainly, a good music documentary usually involves conflicting parties and opposing viewpoints, and Gimme Danger never really feasts on these things. 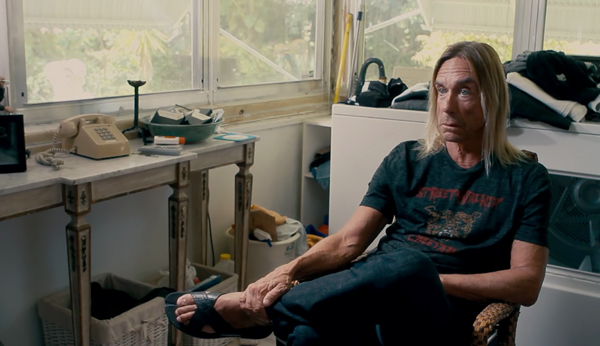 As such, while Jim Osterberg is an infinitely more interesting character than the Gallagher brothers, Gimme Danger isn’t as engaging a documentary as Supersonic. Jarmusch charts Iggy’s formative years, raised in his parents’ trailer, his decision to quit drumming (“Eventually I just got tired of looking at someone’s butt all the time”) the origin of the Stooges name (“We don’t anything wrong, but everyone’s picking on us” like their namesakes) and Iggy’s disavowal of much of the music of that era, which was “more of American Idol than people think”, citing corporate influences and singling out Crosby, Stills and Nash’s Marrakesh Express. 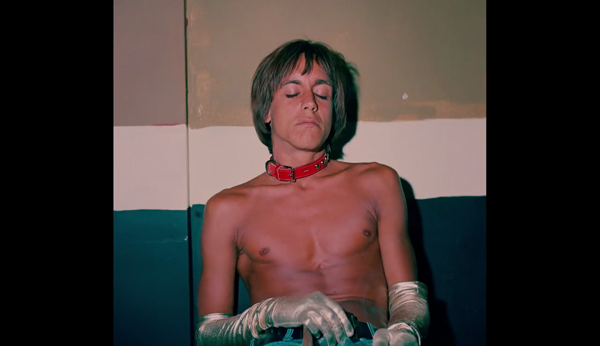 He’s casually amusing on influences, from his bare torso (“It impressed me that the pharaohs seldom wore shirts”) to wearing a dog collar after being inspired by the content of a pet shop window, and how Ed Sanders, who was writing The Family at the time, on Charles Manson, reprimanded him with “You don’t know what that means” (“I still don’t know what it means” admits Iggy).  We hear of arrests, prodigious drug intake and Tony Defries’ management (Bowie’s very oblique here, this not touching on Iggy’s solo career), which was to side-line the band, eventually resulting in Iggy being “suspended for moral turpitude” and abandoned, the crunch coming when Defries took him aside in his limo and suggested he play Peter Pan. “No, no no, Tony, I gotta be Manson” Iggy replied. 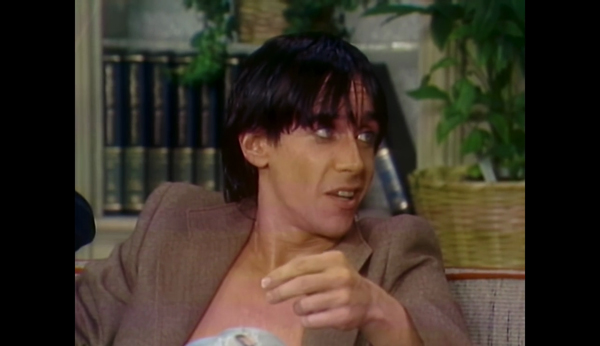 There’s a nice snippet of archive interview where he comments “I think I helped wipe out the ‘60s”, and Jarmusch is careful to note the band’s influence (The Sex Pistols, The Damned), although the director has the same urge to unnecessarily enliven the interview footage with rudimentary animation, much as Supersonic does, which makes it seem like just another easily distracted rock doc on one level. 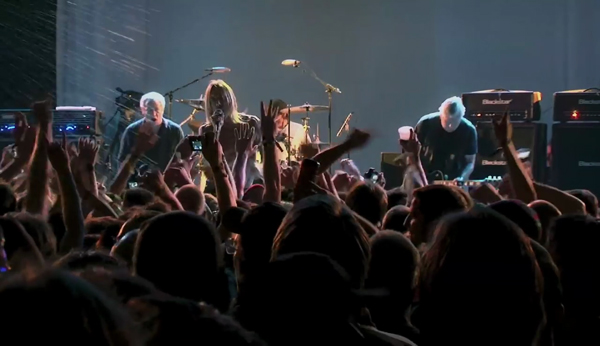 The coverage of the band’s “reunification”, all paid equally as communists, might actually be the more engrossing part, from the first seeds with Velvet Goldmine and J Mascis. Particularly bizarre is James Williamson’s return, having been a Sony exec and not having played guitar in 30 years. At their 2010 induction into the Rock and Roll Hall of Fame, Iggy finished his speech with “Thanks for being so… cool”; maybe that’s why Gimme Danger isn’t as rousing or invigorating as it might be. Iggy’s just so cool. Too cool.