I have one eye, but all my own teeth. Would you like to count them? 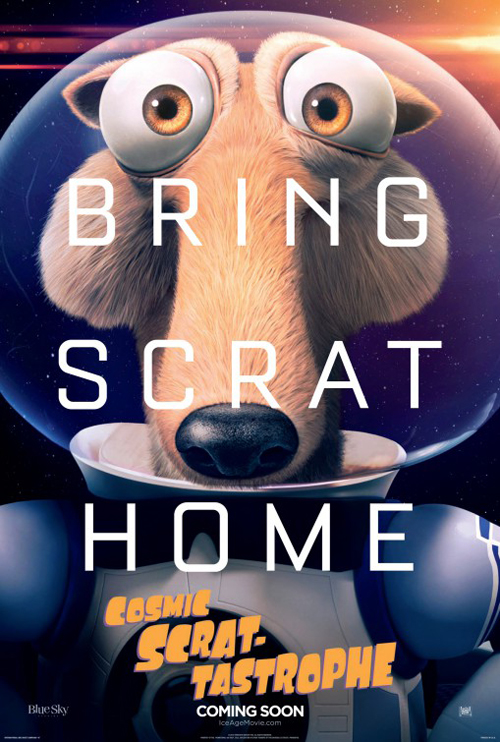 (SPOILERS) Five hasn’t been the charm lately, underlining, as if it were necessary, that studios never know to quit when they’re ahead. True, Fast Five found its franchise propelled to new box office heights, but this summer’s Transformers: The Last Knight looks like it will have to settle for about half the gross of its predecessor (pretty awful considering Paramount set up a writer’s room in order to spew out a whole universe of robot spin-off movies and sequels). Pirates of the Caribbean: Salazars Tell No Tales has actually done okay, but that’s still a $300m drop on On Stranger Tides. And last year, Ice Age: Collision Course also saw the franchise balloon suddenly deflate without warning, again taking half the previous instalment’s take. The lesson? Viewer fatigue, when it strikes, can strike suddenly and devastatingly. And yet, the thing is, for all the drubbing this fifth outing took, it isn’t that bad.

The caveat here is that none of the Ice Ages are really especially good, espousing as they do the same lumpenly indolent and inclusive family message the Fast & Furious moves do, but with considerably less élan. Their salvation has always been Scrat’s interludes, and this one is no exception, going for broke with the Warner Bros influence; if he’s Blue Sky’s Wylie Coyote (and the acorn is his Road Runner), then Collision Course finds him in Marvin the Martian territory. Most critics evidently felt this was a step too far, marrying an already historically implausible cartoon series with ancient aliens, but this is a series that was long since desperately in need of some form of distinguishing feature (I can’t tell any of the other sequels apart from each other, and I doubt that I’m alone).

In pursuit of the object of his enduring affection, Scrat finds himself aboard a UFO, in space, and causing all sorts of carnage that puts the Earth in peril, and from which the usual crew must deliver themselves. The mammoths lead by Ray Romano’s Manny (I always imagine John Ratzneberger is voicing him), are a complete snooze, and Dennis Leary’s sabre-toothed tiger Diego isn’t much better (there’s one nice moment where he and Jennifer Lopez’s Shira tuck into some grapes and inadvertently scare some kids witless with their “bloody” fangs).

But offering compensation are John Leguizamo’s sloth, an abject idiot prone to rubbing his eyes with poison ivy, Sean William Scott’s opossum (during the mammoth daughter’s parental training, he plays the mewling infant, before announcing “I am a method actor so I will need to be changed” – as per usual, there are numerous bodily function gags), and Simon Pegg’s antic weasel, who has a lot going on in his brain, including Neil deBuck Weasel (Neil deGrasse Tyson).

There are nominal threats from Nick Offerman’s dromaeosaur and his sons, and the oncoming meteor shower, but there’s little sense of urgency to the gang’s quest to save themselves and the planet, which is pretty much the somnambulant tone that afflicted earlier escapades. They arrive in Geotopia, where an animal elite led by Shangri Llama announce “We are young, happy and safe and always will be” and despite their unnatural predilection, so proves to be the case. If you cut out the moralising, sermonising and ineffectually affirmative statements, you’d be left with a 30-minute Ice Age: Collision Course consisting of a sabretooth squirrel, a sloth, an opossum and a one-eyed weasel. And it would be pretty good.