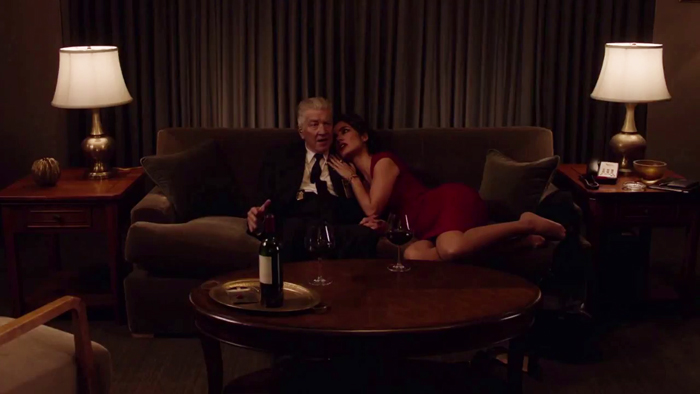 (SPOILERS) I have to admit, this is the first episode of the run that felt merely “okay” to me. Not bad in any respect, but having little to really distinguish itself. You have to think Lynch stuck in that one sliver of a scene of Dale-Dougie playing ball (or rather, having a ball bounced off his head) because he realised Kyle McLachlan would be otherwise absent. 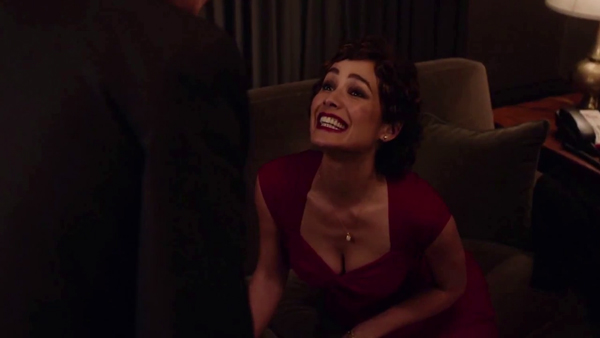 Instead, it’s almost The Gordon Cole Show. Repeated business with his hearing aid, and with some floozy (Bérénice Marlohe) he picked up in the hotel bar (leading to another mirthfully extensive sequence as she very laboriously prepares to leave when Albert calls by; this is evidently the kind of carry on Duchovny’s Denise was warning Cole about, in very meta fashion, way back at the beginning of the season). And Albert delivering some extensive exposition Tammy should surely be partially aware of, having compiled The Secret History of Twin Peaks, regarding the Blue Rose as a follow-on group from Project Blue Book. 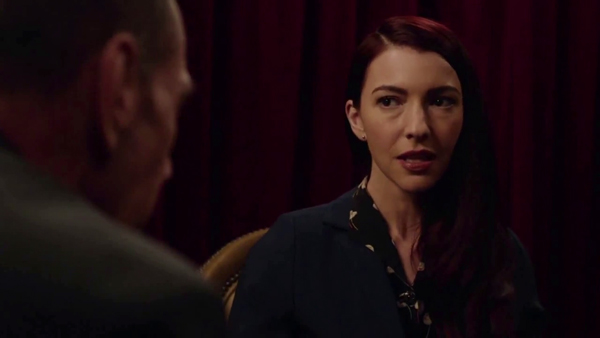 Notably, Lynch and Frost are most definitely taking the interdimensional rather than extra-terrestrial path here, with Philip Jeffries, Albert, Coop and Chester Desmond (poor old Chester) – but no Windom Earle – on a quest to find answers to Blue Book anomalies that could not be reached “except by an alternate path”. Tammy’s induction, in a red-draped room, drinking quality vino (this is the new coffee of Twin Peaks, clearly) is accompanied by some of Chrysta Bell’s most oddball performance choices yet, as she attempts to express her enthusiasm in a manner that would make you squirm for her acting coach, if she had one. 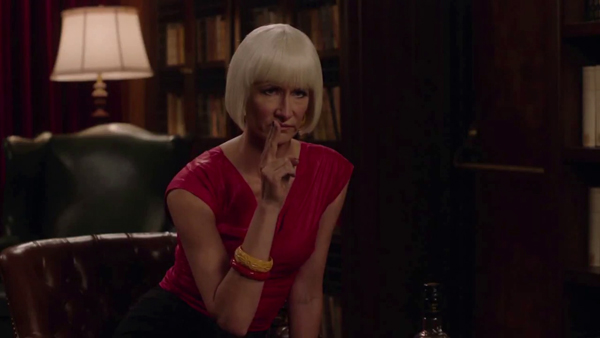 Gordon Cole: What do we know, that we haven’t asked her about?

There’s also Diane’s cryptic text message (Q: Las Vegas? A: THEY HAVEN’T ASKED YET), the co-ordinates revealing, surprise, surprise, the town of the title, and, most disconcertingly, Diane uttering, Man from Another Place styl-ee “Let’s rock” in response to being deputised. 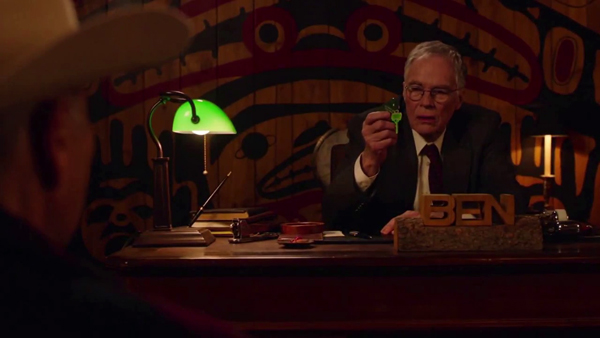 Ben Horne: I loved that bike that my father got me.

The second most significant chunk of the episode consists of the Hornes. Jerry finally gets out of the woods. Ben expresses regret over his grandson’s actions like a man struggling to look concerned (although he does stump up for the operation bill), and most importantly, finds his way to giving Sheriff Truman Coop’s Great Northern key, to give back to Harry (why not, there’s about as much chance of seeing the latter again as the real Coop). 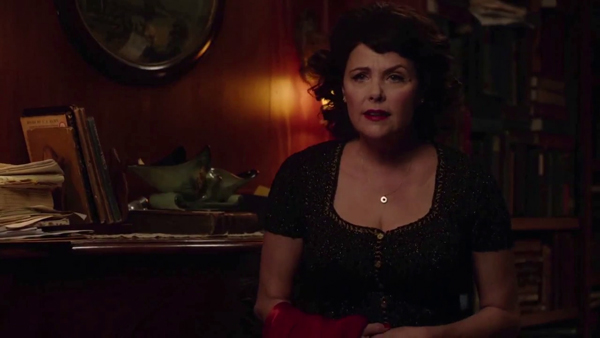 Audrey: You’re not going to tell me what she said?

And then there’s Audrey. She’s back… and she’s a real bitch? Is this Lynch playing sadist with his once-prized Peaks totty? Now she’s middle-aged and heartless, reduced to some sort of marriage of convenience with Charlie (Clark Middleton, who I know best from Fringe), her “spineless no-balls loser” of a husband. What exactly is going on here is at least partially inscrutable, but Audrey’s waving her infidelity with Billy under her Charlie’s nose, who retaliates with audible silence when she demands to know the contents of his phone conversation with Tina (Billy’s other half). 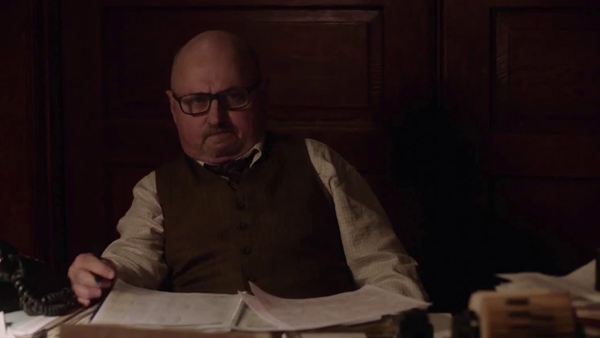 First Albert’s notable silence, now Charlie’s. A running theme? I half-expected a reveal that Audrey now has one leg (post-bank explosion), but thus far the explanations for how she got to where she is are entirely elusive. Also referenced: Paul and Chuck? Keep watching, and we’ll hear about more people we’ve never met. 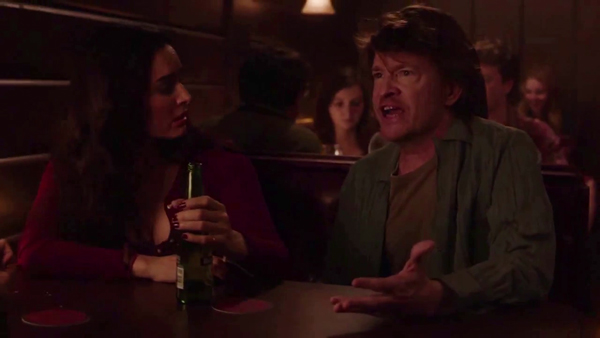 Yes, I had a similar lack of a frame of reference for the bar scene at the end – Heineken aside – between Abbie (Elizabeth Anweis) and Natalie (Ana de la Reguera), discussing how Angela is off her meds and hoping Clark doesn’t fuck this up, and the arrival of Lynch regular (going back to Wild at Heart) Scott Coffey, as Trick, showing up shaken after a traffic altercation. At least there’s the comforting return of the Chromatics. 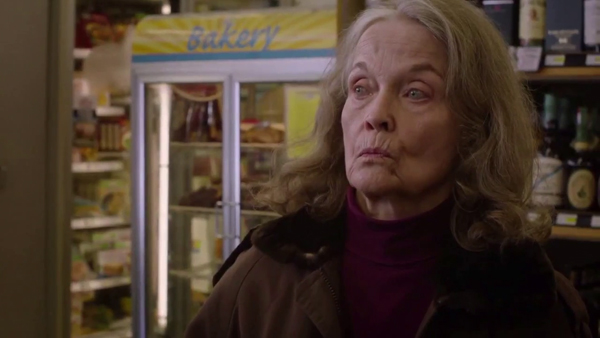 The rest is kind of piecemeal. Sarah Palmer gets freaked out – no one does freaked-out quite like Grace Zabriskie – with an extended meltdown in the supermarket when confronted by some newly arrived beef and turkey jerky and later rejecting Hawk’s offer of assistance in whatever way she needs (that ominous shot of the turning ceiling fan in her home, and Hawk thinking he heard someone else inside is almost as eerie as Lynch’s sound effects). Hutch and Chantelle put an end to the warden, much to the distress of his wee bairn. Doctor Amp is doing the vamp for liberty (“It’s working for me, Doctor Amp”), and Carl advises neighbour Kriscoll (Bill O’Dell) not to sell his precious red stuff (“Keep your blood”). Tres chic, tres bon, or turnip farm? I expected Let’s rock to rock a bit more than it does, with that title. 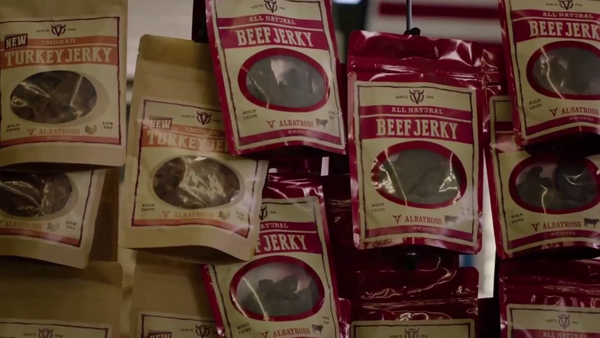 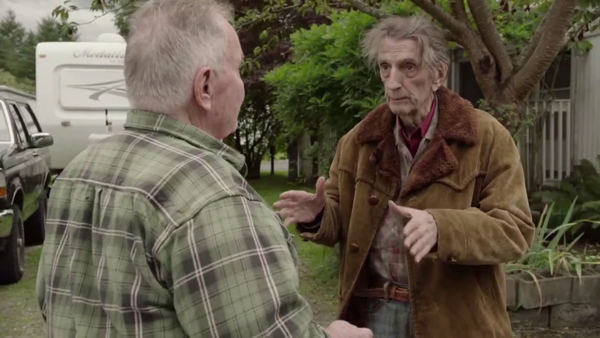 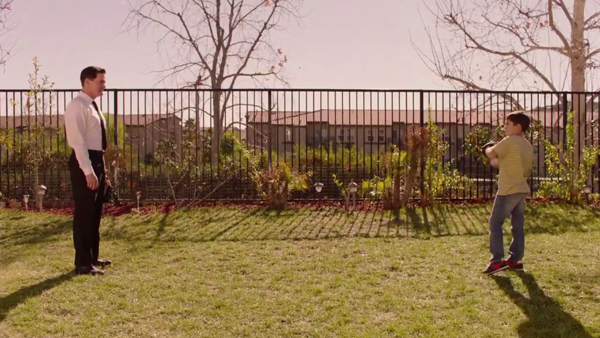 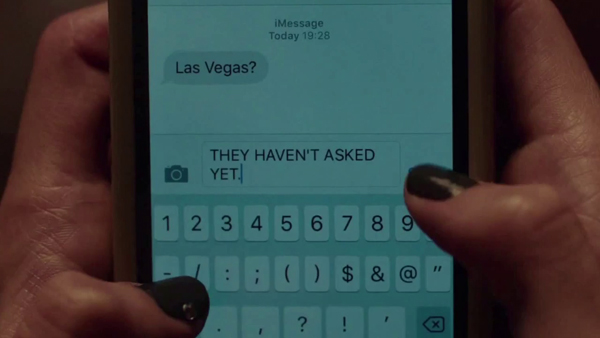 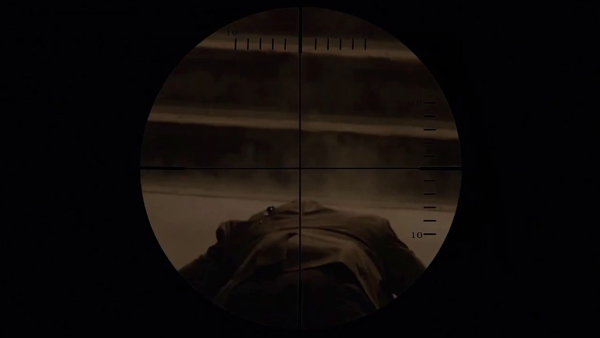 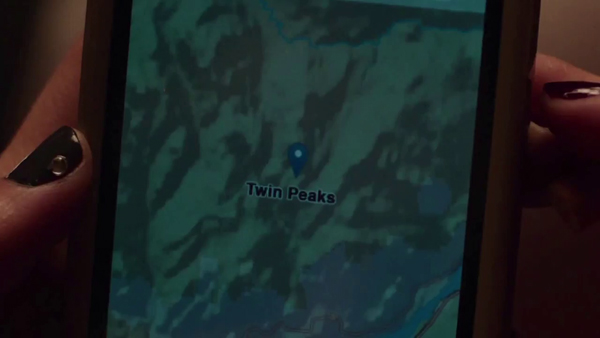