It could have been an accident. He decided to sip a surreptitious sup and slipped. Splash! 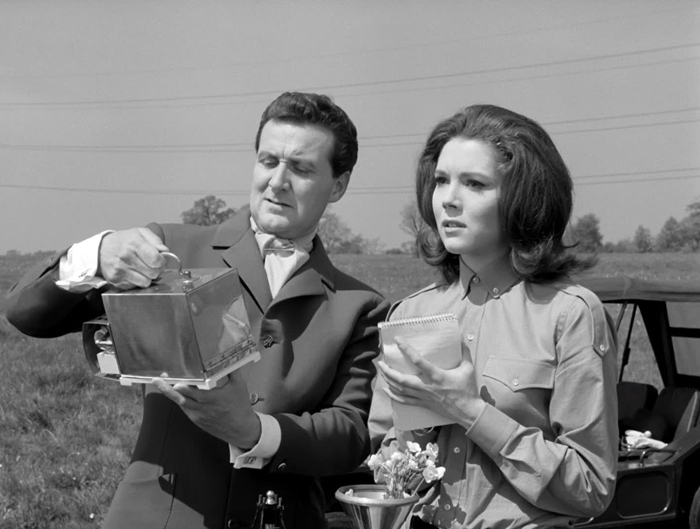 A great episode title (definitely one of the series’ top ten) with a storyline boasting all the necessary ingredients (strange deaths in a small village, eccentric supporting characters, Emma even utters the immortal “You diabolical mastermind, you!”), yet A Surfeit of H20 is unable to quite pull itself above the run of the mill. 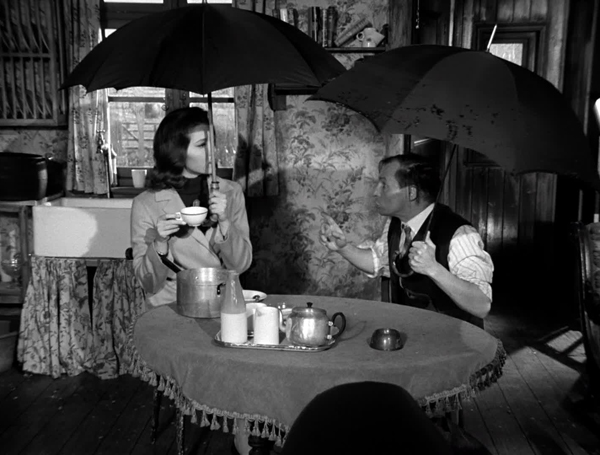 Of course, in the such glorious days as these of HAARP and – alleged – weather control, an evil corporation (Granny Gregson’s Glorious Grogs Incorporated, its factory engaged in the fermentation of intoxicating liquors; selling various invidious varieties of vino, basically – this is a fine episode for alliteration) indulging a localised downpour “for about a year” seems almost innocuous. Although, they have the right general idea for their nefarious scheme; providing “relentless, never-ceasing rain” to order: “It’s the biggest military weapon since the nuclear bomb” (and we had one of those a few episodes back). 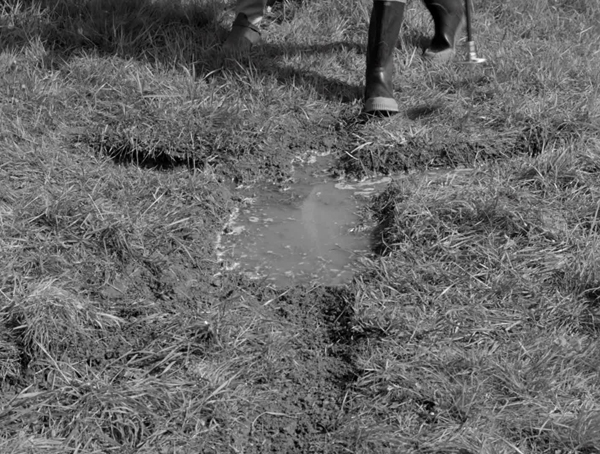 Steed mentions cloud seeding in passing (but not Wilhelm Reich), but isn’t clear quite how the diabolical types are supposed to have achieved this in Colin Finbow’s sole teleplay for the show. Sidney Hayers, in his second spin in the director’s chair following The Cybernauts, delivers inventively, particularly when it comes to finding such unlikely elements as a manhole in the middle of field. My favourite visual signature, however, is the Naked Gun-style cartoon body print puddle left by a drowning victim (John Kidd’s Sir Arnold Kelly). 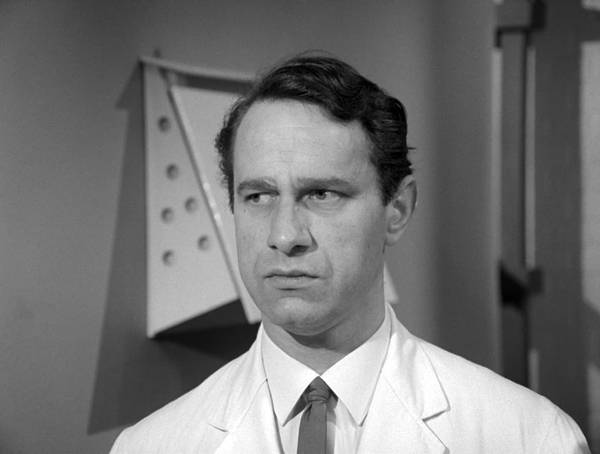 Part of the problem with this one is that the villains aren’t remotely interesting, even given the estimable presence of Geoffrey Palmer in his fourth and final appearance in the series. Dr Sturm (Albert Lieven) – geddit? – at least has a suitably despicable torture technique, though, possibly inspired by the previous year’s Goldfinger, strapping Emma down on a vegetable press (“Well, I will just have to squeeze this information out of you”). 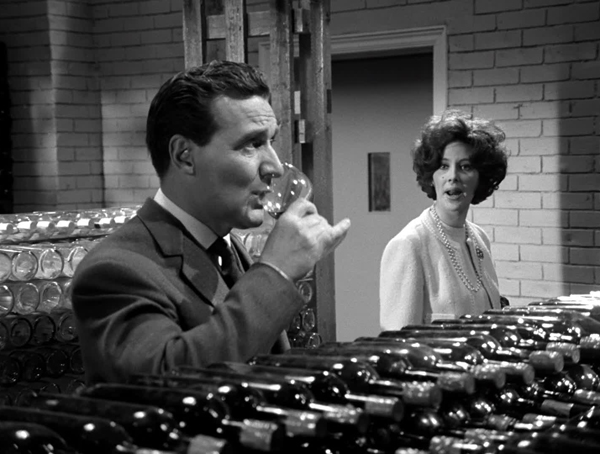 Steed: What is it?
Joyce: Old bark.
Steed: Must have put the dog in it, too.

More memorable is Steed’s obligatory object of flirtation (“Can I help you?”: “Anytime”), Joyce Jason (Sue Lloyd, for whom Michael Caine memorably made an omelette in the same year’s The Ipcress File), particularly his pestering her for wine purchases (vegetable wines, hence the press: “Have you ever tried to tread potatoes?”) before settling on Buttercup (“Now, that’s more my cup of tea”). Macnee’s on great form as an infernal nuisance (“See he gets what he wants and get the idiot out of here”). 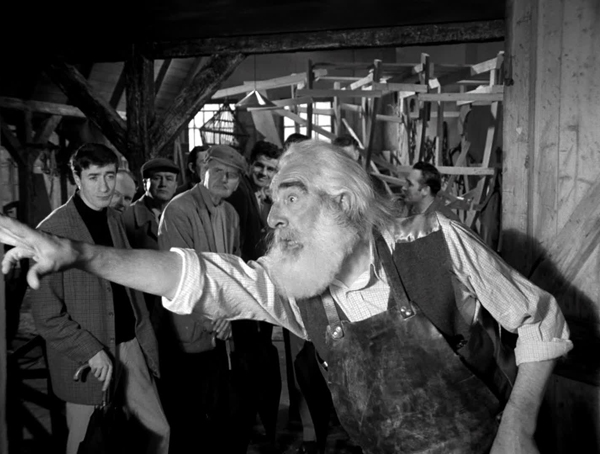 The supporting eccentrics don’t quite attain classic form, alas, although Noel Purcell is memorably boisterous as prophet of doom Jonah Barnard, mocked by villagers and preaching to a congregation of a boy and dog, transforming into highly pugilistic mode (“Mr Steed, I’m not a violent man by nature, but when faced with the problem of survival…”) and strangling a villain with gusto (“Hallelujah!”), the latter possibly a wry commentary on religious extremism. 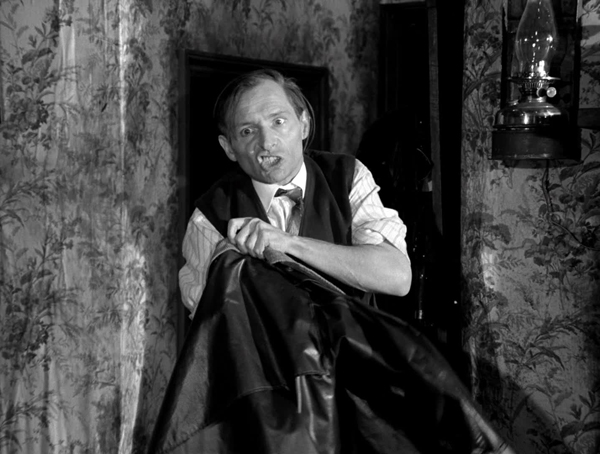 There’s also Mr Cheeseman himself, Talfryn Thomas, in typically scene-hogging mode as Eli Barker, with the occasional memorable line (“Poaching isn’t like stealing, is it?” he comments of his drowned brother’s career path). 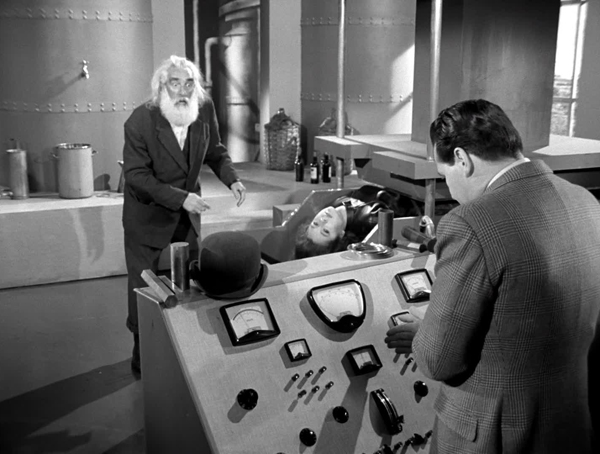 Mrs Peel: Gentlemen should knock before entering.
Steed: What are you, a sparkle in a seaweed soda?
Mrs Peel: No, I’m a kick in the nettle noggin.

The highlight, as it often is, is the interplay between Steed and Emma, from his casual rescue of her (above), to a discussion of Eli’s demise (“It could have been an accident. He decided to sip a surreptitious sup and slipped. Splash!”), to Steed expressing surprise at Jonah’s accusation of Emma entering a pit of iniquity (“Is she a very sinful woman?”) to the flattening of Steed’s bowler (“It was over very quickly. I don’t think it suffered”). 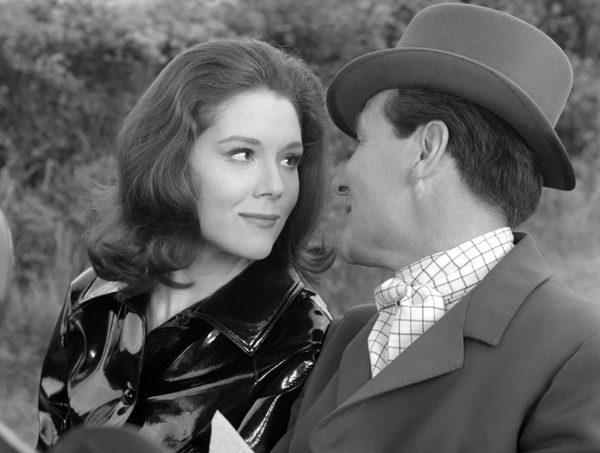 Indeed, there’s nigh on a torrent of good lines (“Lovely weather we’re not having” and the titular “There seems to be surfeit of H2O in this vicinity”), the bare bones are promising, it’s fun seeing Steed hopping in and out of different costumes according to location rather than design, and Emma’s always dressed to impress, but this one never quite gets beyond an arresting premise. 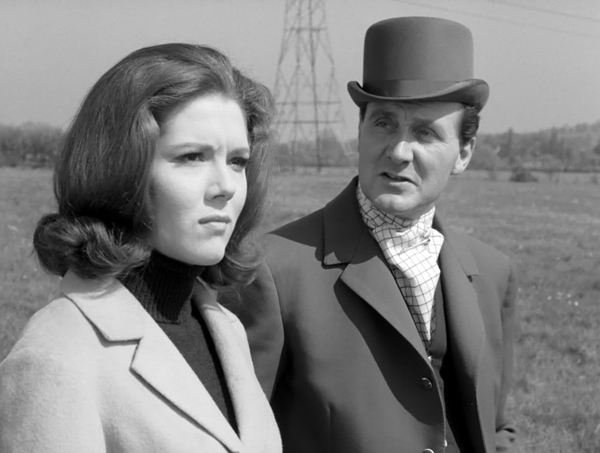 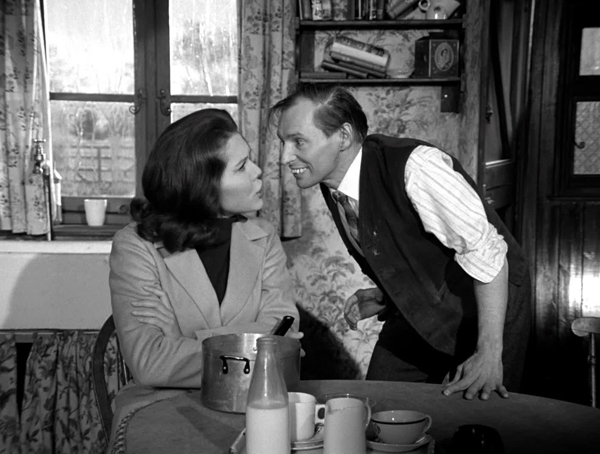 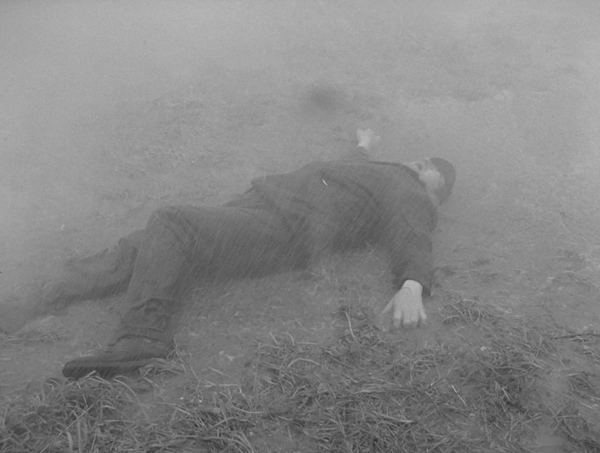 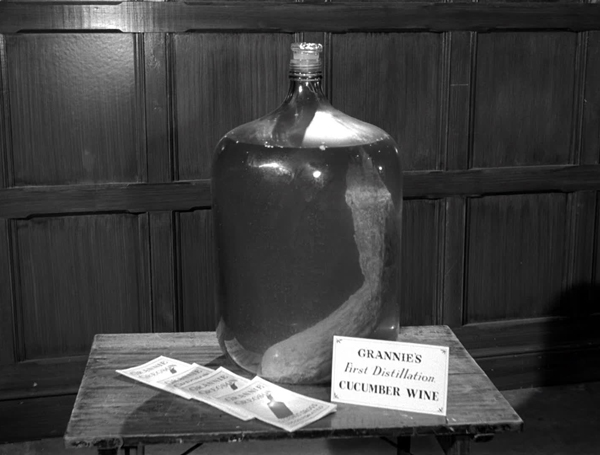 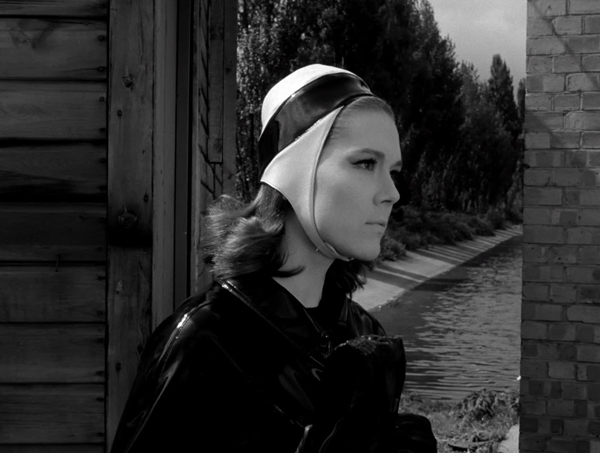 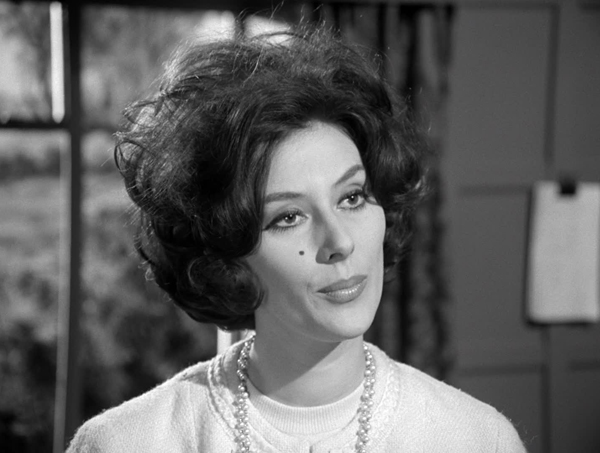 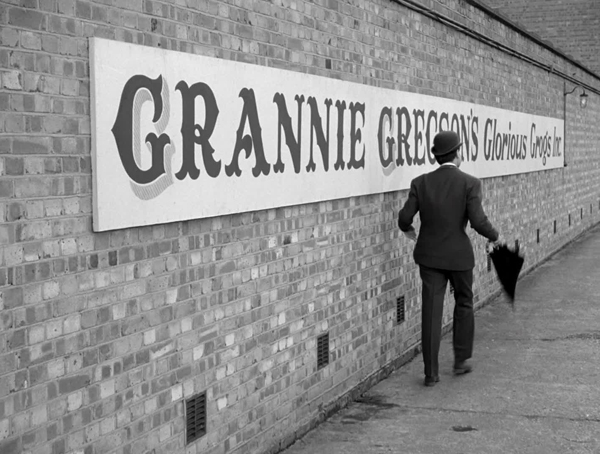 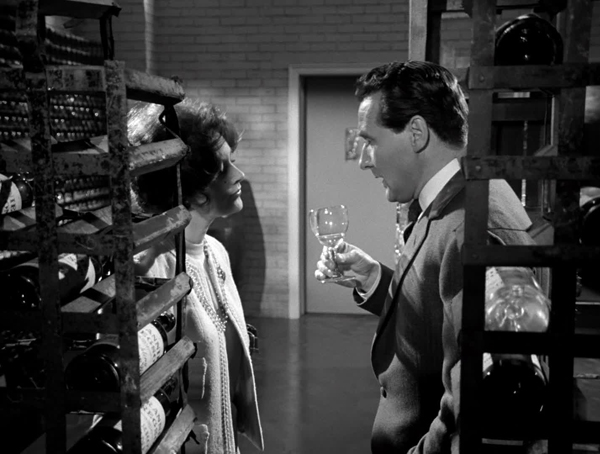 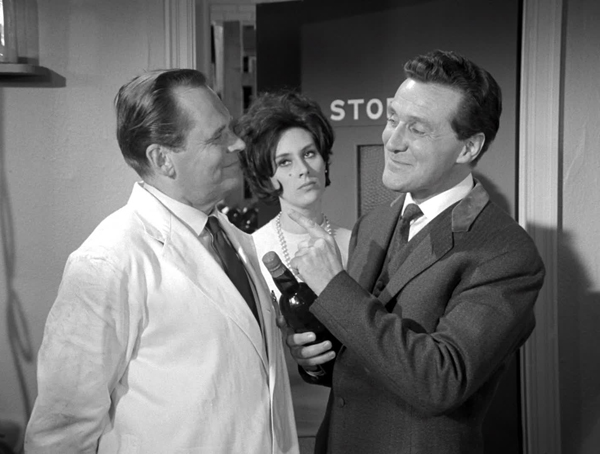 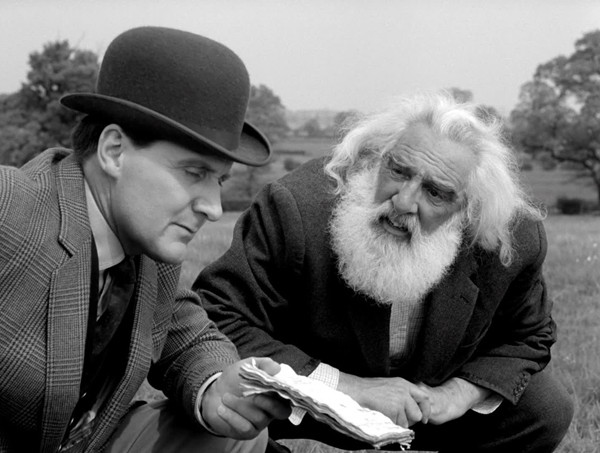 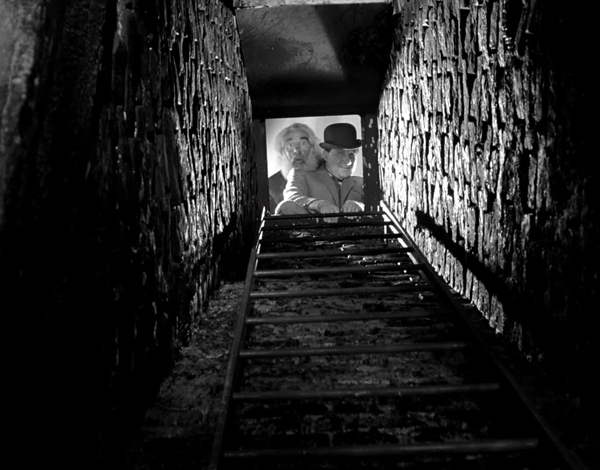 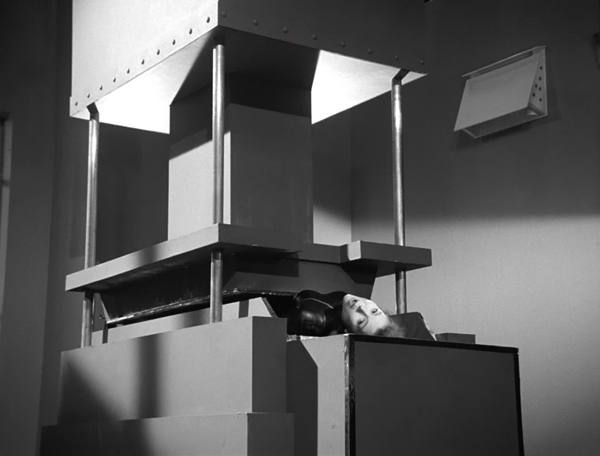 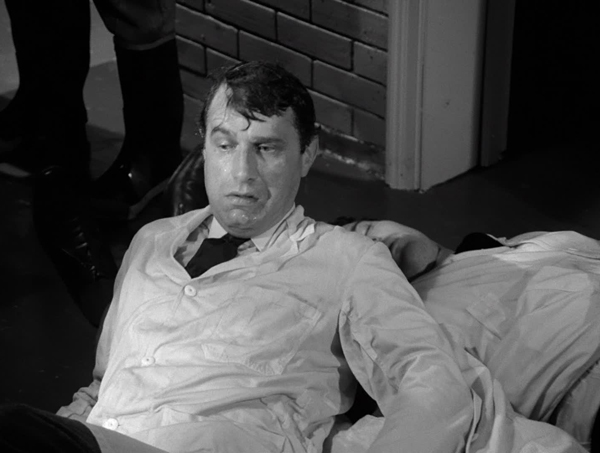