One hour of their lives gone, just like that. And they don’t remember anything. 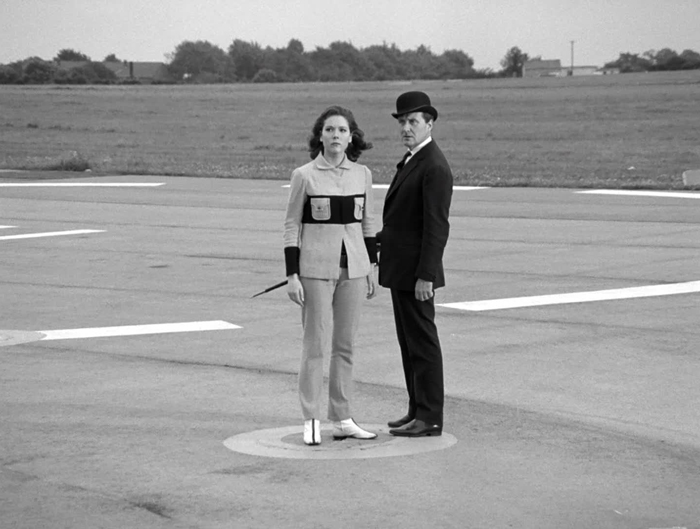 The Avengers
4.14: The Hour That Never Was

Roger Marshall pens and Gerry O’Hara directs a memorable episode, big on location work and atmosphere, and small on guest cast members. At least, for the majority of its duration. 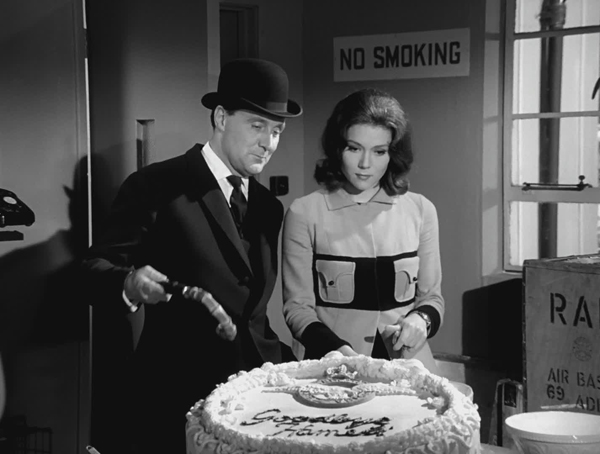 When Steed bashes the Bentley, swerving to avoid a dog, he and Mrs Peel head off for his old RAF base on foot, his car clock having stopped at 10.59. He tells Emma he’s driven the stretch of road a hundred times (“Well, since you know it so well, it’s remarkable you couldn’t stay on it”), amid further anecdotes about his wartime record (“‘Cat’s Eyes Steed’, that’s what they called me” on account of his keen driving, returning from missions to the local pub). The base is due to close, but it is deserted when they arrive and remains that way for the first act. All the signs are of a sudden disappearance by all concerned. 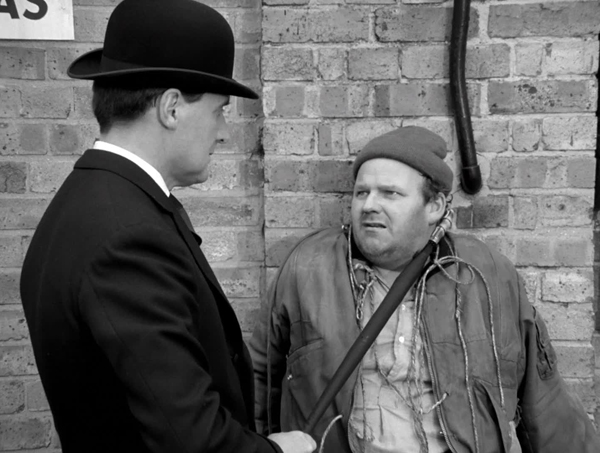 Then they witness the shooting of a hapless milkman, and when a terrible, ear-piercing noise starts up, Steed escapes, reeling, to the safety of an air raid shelter, losing Mrs Peel. Emerging, he discovers tramp Hickey (Roy Kinnear), the owner of the formerly endangered dog. 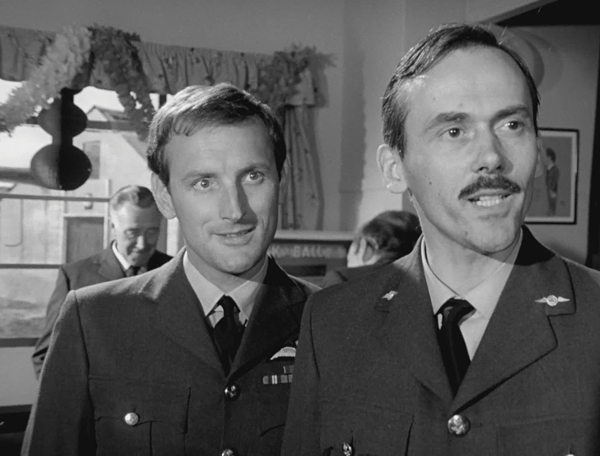 Perhaps the best part of the mystery in The Hour That Never Was derives from the near replay; Steed is hit on the head and reawakens in his Bentley. This time, still 11 am, when he returns to the base, life has returned – there’s a boisterous party in full swing­ – and the contrast to the preceding eerie quiet is a highly effective. Excuses are made for Mrs Peel’s absence; since we know otherwise, it puts immediate suspicion on Ridsdale (Adam Adamant Gerald Harper). 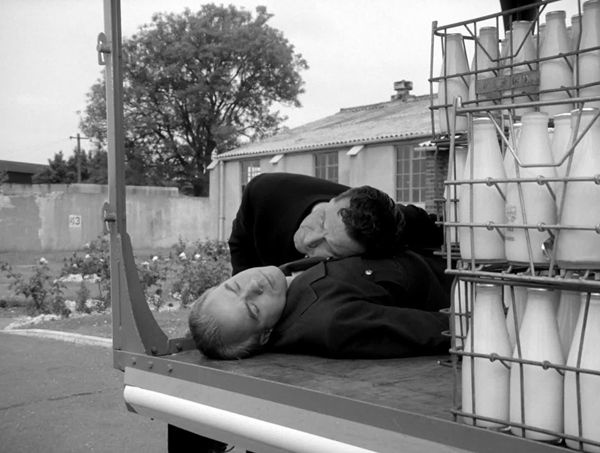 One might level the charge that, from thence on, it’s a little too easy for Steed to wander round the base picking up clues (finding Hickey’s strangled body, following the trail of the milk float dropping off conscious, then unconscious, bodies, and locating Mrs Peel, strapped to a dentist’s chair), but this is nevertheless a rare episode that avoids answers until the last ten minutes. 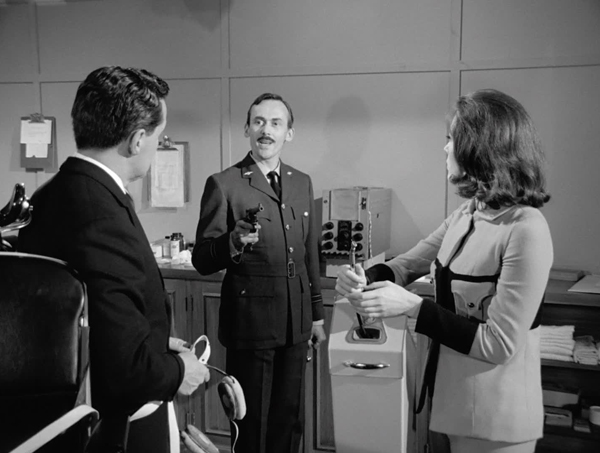 Of course, you might not altogether be satisfied with the solution, given the preceding seriousness, which is fairly out there; the sinister mastermind is a crazy dentist, Philip Leas (Dudley Foster, Caven in The Space Pirates), who has discovered a means of brainwashing his victims through his drill’s sonic emissions and plans to auction thirty pre-conditioned minds to the highest bidder. 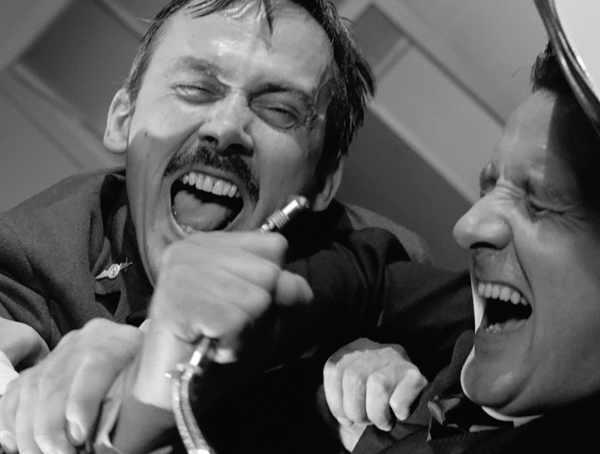 If you weren’t so mad keen on that, you were probably even less enamoured with the absolutely hilarious fight between Steed and Leas, both laughing hysterically due to the release of nitrous oxide in the surrounding surgery. 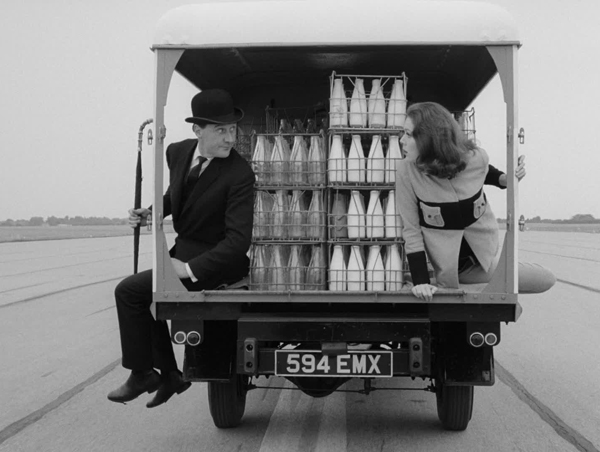 That aside, and the coda with Steed and Emma riding a driverless milk float along the runway, then chasing it to gain control, this is an impressively contained and stylishly sustained episode (albeit using sonic control again so soon after Man-Eater of Surrey Green might not have been the best idea). While it may say something that, while I clearly recalled the key elements of the first two acts, I’d completely forgotten who was responsible and how, it actually only made the revisit all the more satisfying. 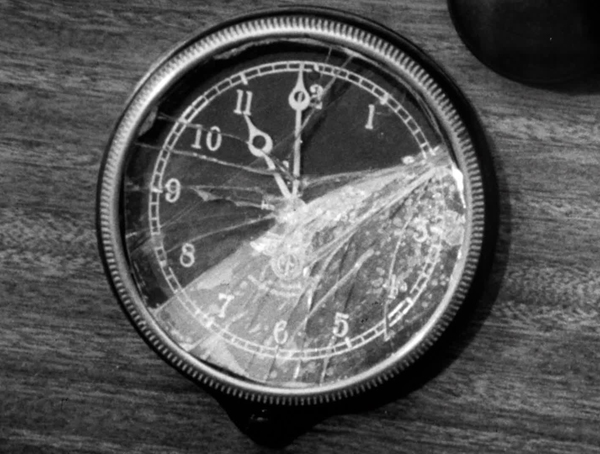 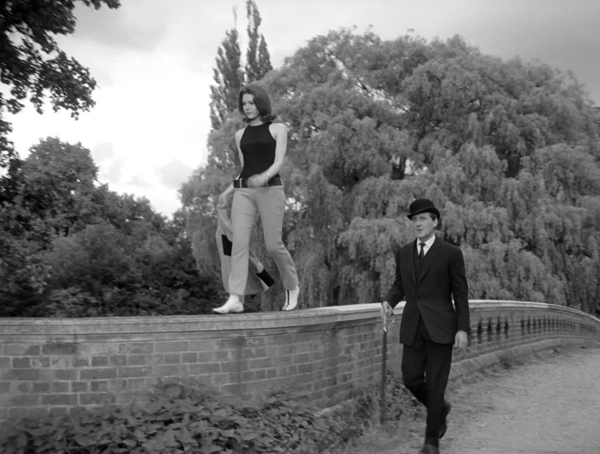 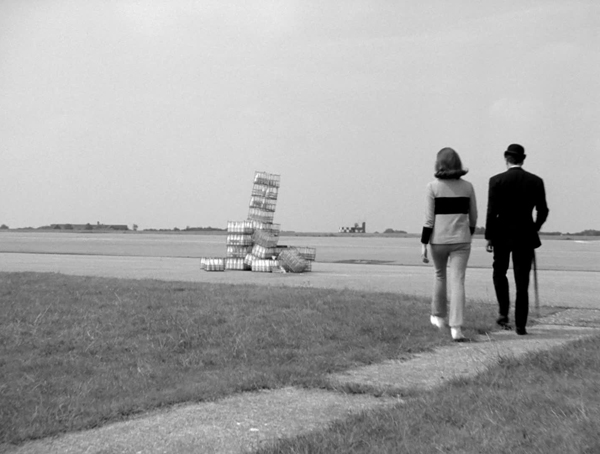 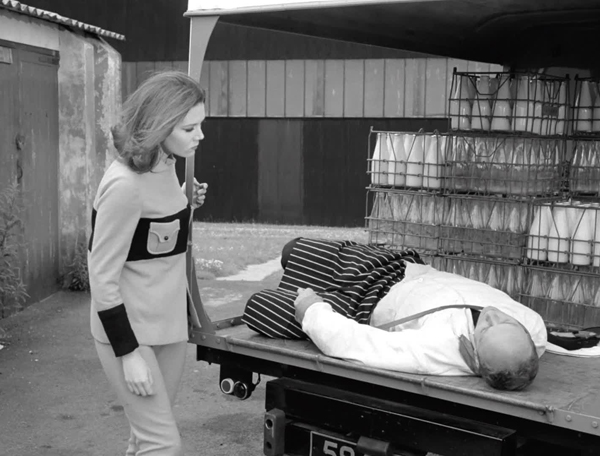 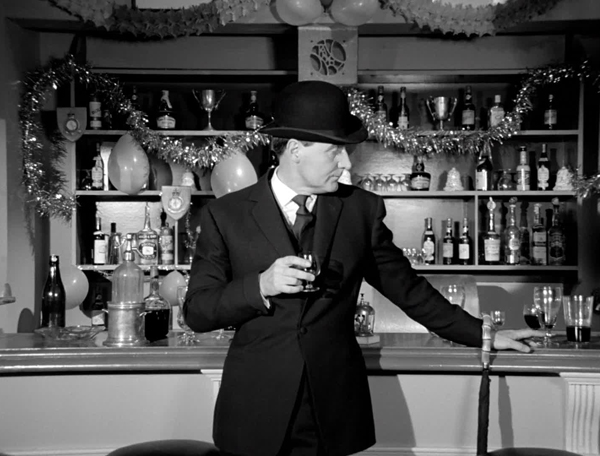 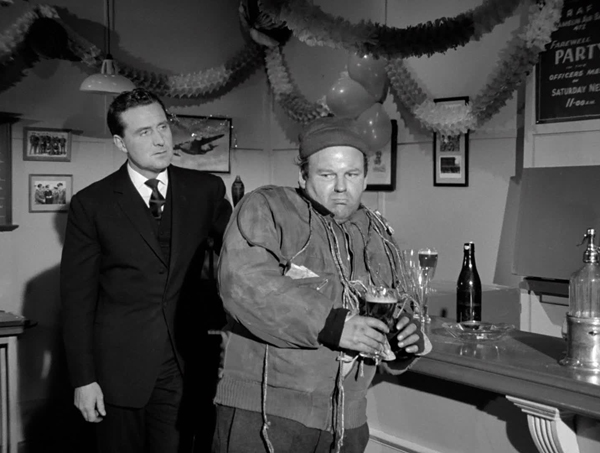 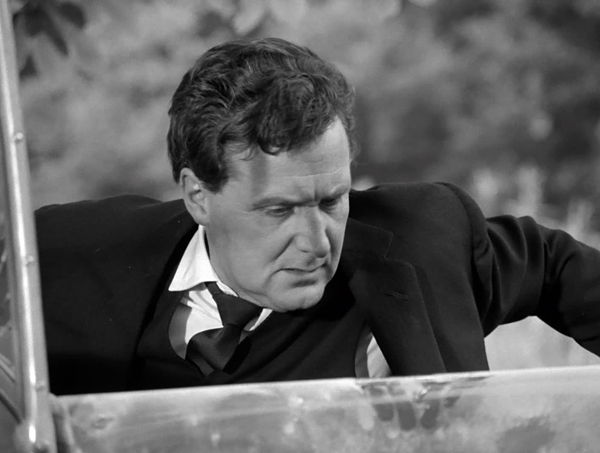 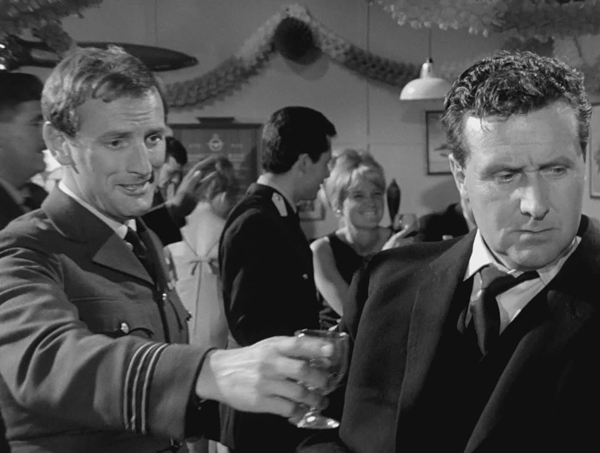 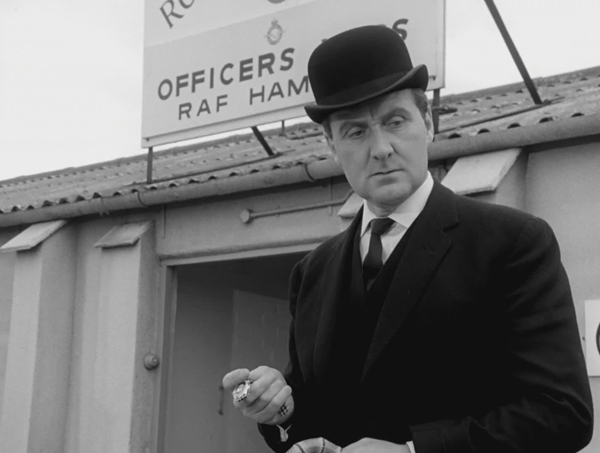 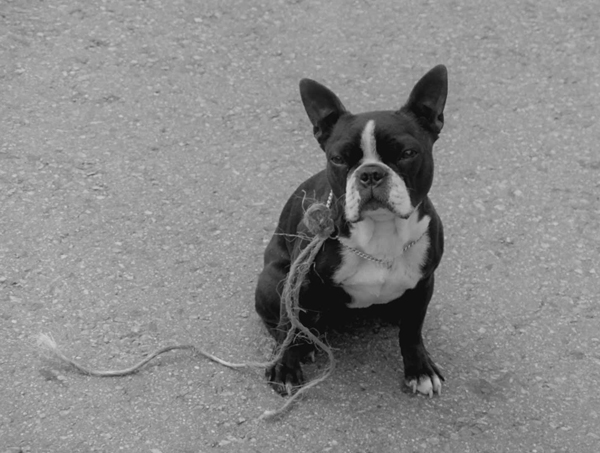 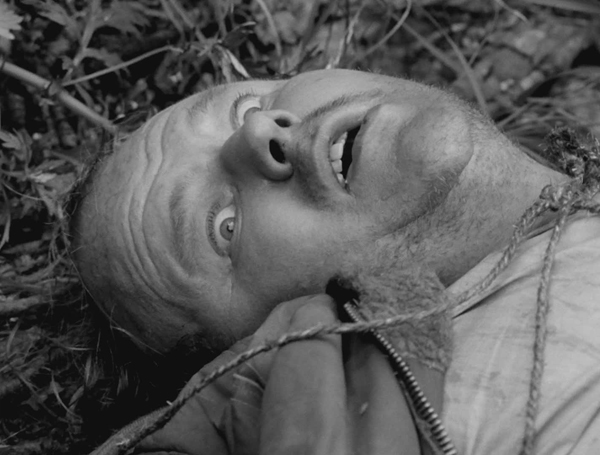 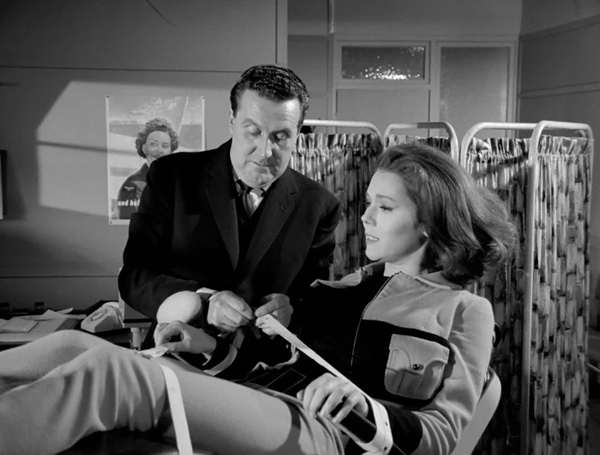 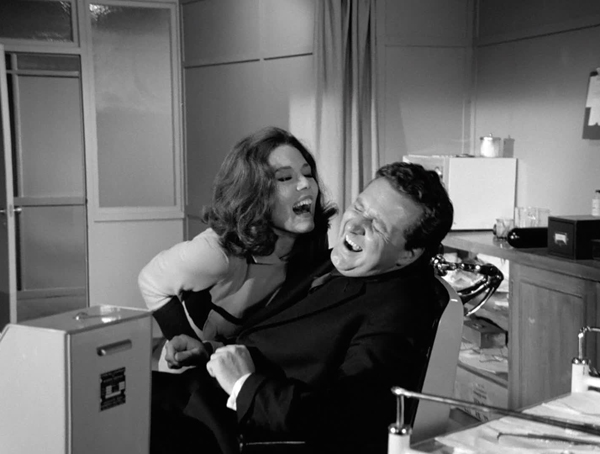 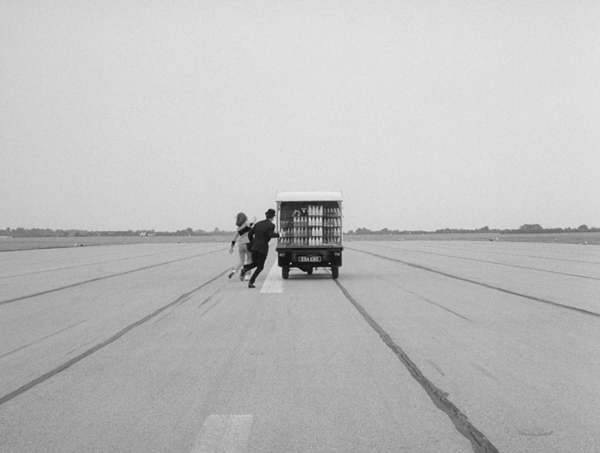