I don't know whether to worship at your feet, or spank you. 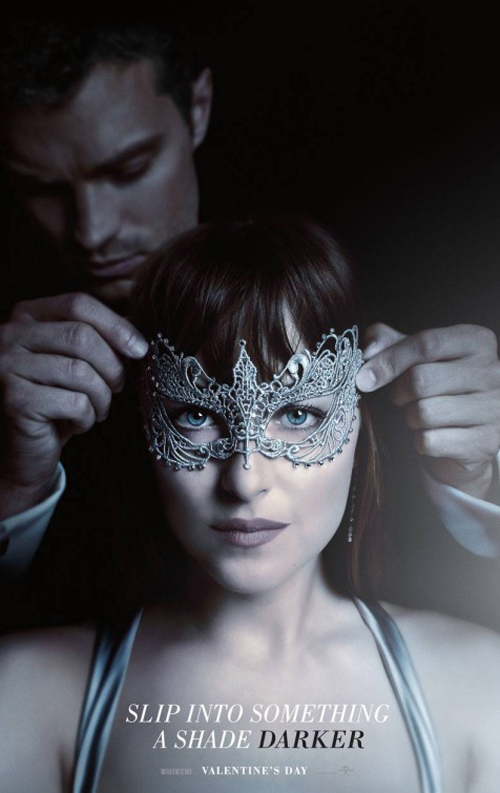 Dakota Johnson was the highlight (I know, it’s relative) of the first movie, but here, her sub-Melanie Griffith – appropriate, given that’s Mumsie – submissively-reactive squeak quickly becomes tiresome. As for Jamie Dornan, who seems to spend about 70% of the movie undoing his trousers, he flourishes all the personality of a dried haddock, but at least the more amusing moments revolve around him.

To encourage us into feeling some empathy for this extremely messed-up multimillionaire, rather than leaping to the conclusion that Christian’s a deranged sociopath leading poor Anastasia down a path of ruin, we’re invited to engage with some of his backstory, explaining his quirky fixations and fetishes. None of which really gives the greenlight to his penchant for depravity (I know, consenting adults, or one consenting adult and another pressurised into acts she wouldn’t otherwise entertain), but we do learn mom was a crack whore (I don’t think that’s exactly the term used, but you get the idea) and that Kimmy Basinger tutored him in the ways of unrighteousness (cashing in on her dubious cachet from another tedious softcore romp, back in the mists of time when Mickey Rourke could be sold on the basis of his face). There’s also an “exciting” helicopter crash sequence where Christian goes all Harrison Ford at the controls – albeit, he doesn’t look stoned – leading to an earnest “He has to be okay” vigil.

Anastasia has a truly nasty boss called, wait for it, Mr Hyde (Eric Johnson), involved in a subplot that inches uneasily towards drama, designed as it is to throw Christian’s smoothly manipulative, controlling demeanour into sharp relief, but is ultimately so ham-fisted that it comes across as merely inane. Another features Bella Heathcote as one of Christian’s former submissives, which actually threatens to become interesting in one scene, but then Ana is asked to leave and we’re obliged to too.

These Fifty Shades only rarely reach the level of actively bad, but that’s rather to their detriment, as at least so-bad-it’s-good passes the time. They’re movies seemingly designed for that tea break where you know you won’t miss anything important, even if you’re out of the room for the majority of the running time.