You come to my office and you plant a fucking bomb?! 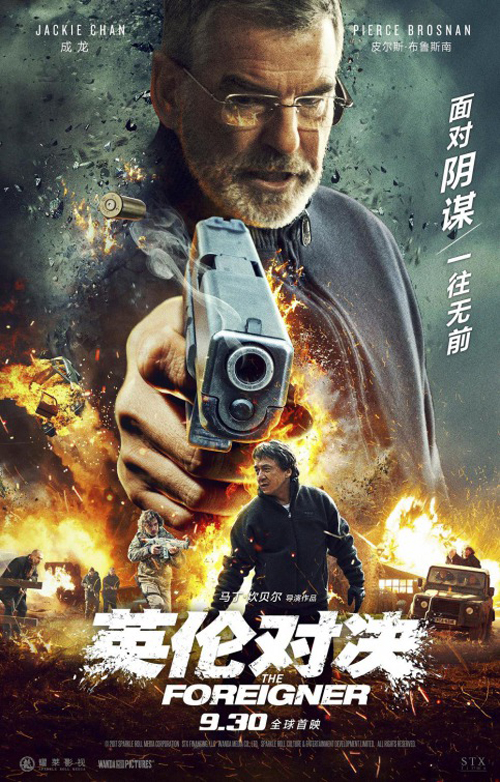 (SPOILERS) If nothing else, The Foreigner proves Martin Campbell is still more than capable of handling the action rigours of another Bond movie (please, Eon get someone in who can focus on what’s essential, like killing bad guys with wanton relish). Unfortunately, his tail-between-his-legs six-year break from the big screen following the disastrously-received Green Lantern has been curtailed for a feature that only ever feels like two different ones spliced together, both of them beached from a different time. One is a mid-90s actioner in which a B-movie star attempts to flex their thespian muscles and doesn’t quite pull it off. The other, a nominally serious-minded post-Troubles picture that might have seemed more relevant a decade – or more – ago with its essentially pulp fiction version of Gerry Adams.

As lurid as the Liam Hennessy character is, a former IRA man now Northern Ireland’s First Minister who has obviously not turned over the new non-violent leaf he flourishes in public, Pierce Brosnan’s performance anchors The Foreigner and does enough to make several sections both engrossing and entertaining. There’s no getting away from his plotline being deeply daft – he ordered the bombings that killed the daughter of Ngoc Minh Quan (Jackie Chan), but it was a piece of political graft and there should have been warnings given beforehand; that there weren’t turns out to be a piece of machination at the behest of his wife (Orla Brady), no less, disgruntled at his appeasement and service to the Brits… Did I mention that she is shagging Liam’s nephew? – but Brosnan, one of the most consistently underrated leading men left standing, lends conviction and an Oirish accent to his beleaguered politician. When the pressure starts to mount, it isn’t Chan going all John Rambo in the woods that impresses, it’s Pierce beating the shoit out of Dermot Crowley and shooting him in the legs (capping it all by popping a cap in his head).

Jackie may want to be taken seriously as an actor, but a sombre, buttoned-down disposition isn’t his forte. The Foreigner is based on The Chinaman (those on Quan’s trail assume he is Chinese, designating him with the title’s racist epithet), a 1992 novel by Stephen Leather, and it’s unable to shrug off those yesteryear trappings. Chan moves through the proceedings out of step with the prevailing political pandemonium, even when Quan’s directly influencing it, and Campbell has to adjust to accommodate (Chan’s moves are single-shot affairs, even at his age, so the director is forced to hold back on his more muscular, potent editing style during such sequences). Campbell’s construction of the set pieces (in particular, Quan posing as the gas man before making short work of the bombers in their safe house) is as efficient as ever, but Chan is unable to make Quan an interesting or compelling character (despite his Special Forces training and dogged determination), and thus we spend our time waiting for the story to cut back to Brosnan.

The good news is that The Foreigner was a modest hit, largely down to its Chinese box office (nearly 60% of the global gross), which should spell progress on whatever Campbell wants to make next (he has Across the River and Into the Trees with Brosnan and Ana with Gong Li on his slate). Brosnan, of course, has made a habit of giving juicy supporting performances in unremarkable genre fare of late (Survivor, No Escape) when really, he deserves the kind of unlikely aging action star career of Liam Neeson. Perhaps he should team with Liam for something. The last time they did (Seraphim Falls), the results were terrific. 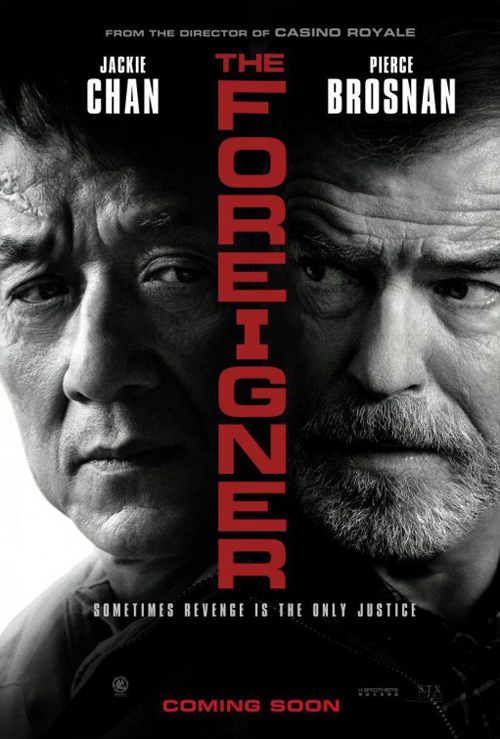