I actually am a terrorist. I just do standup on the side to keep a low profile. 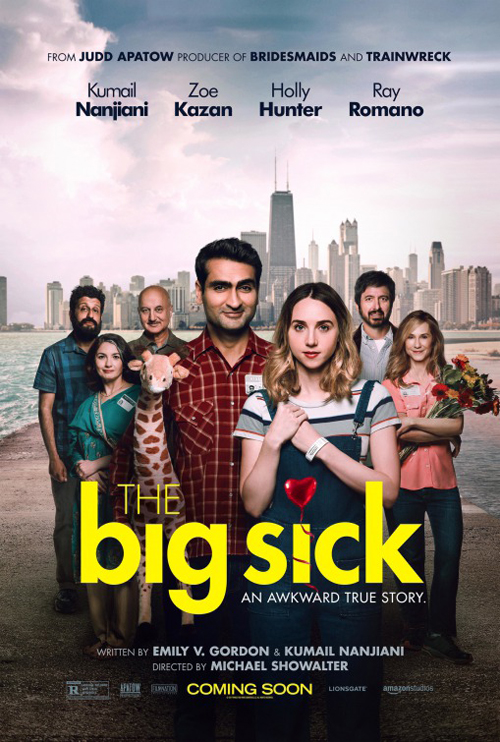 (SPOILERS) The Big Sick wasn’t the big hit many expected. Tipped as a summer sleeper, it merely performed respectably (on a low budget, so that was okay). But then, with a title suggesting the worst excesses of now passé gross-out comedy, what did Amazon and Lionsgate (who picked it up following Sundance) expect? It isn’t that at all – by which I mean, vomit-related –  of course, and is in fact a rather sweet culture-clash comedy with a you-couldn’t make it up coma thrown in – the actual big sick –  based on the experiences of comedian Kumail Nanjiani in dating his wife to be (Emily V Gordon). 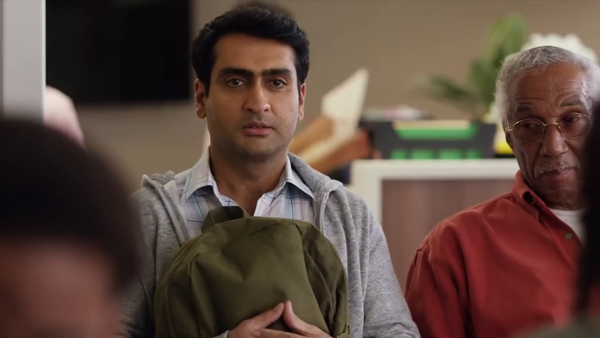 When I say it’s sweet, though, I mean The Big Sick’s inoffensive (even when dealing with racism aimed at Kumail, playing himself), and amiable, likeable and unassuming. It entirely reflects Nanjiani’s personality, basically, which doesn’t make for the most vital or responsive viewing experience. Nanjiani is dating Emily (Zoe Kazan), but they break up when she discovers he hasn’t told his unreceptive family he’s dating a white girl, and that he can’t see a long-term prospect for them for this reason. Despite this, when she becomes seriously ill a few weeks later (eventually diagnosed as a complication resulting from Still’s Disease), he ends up signing the permission form to induce a coma and it’s at the hospital that he meets her parents Beth (Holly Hunter) and Terry (Ray Romano). As a consequence, much of the movie doesn’t even feature Kazan, revolving instead around the growing bond through trauma between those closest to her. 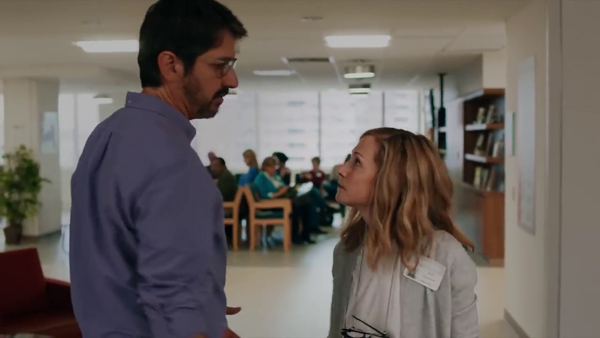 On that level, the movie works; the setup is sufficiently different that you’re intrigued to see how this unfolds, and Hunter and Romano make for an effective chalk-and-cheese pairing, she fiery and outspoken, he weary and reserved. Where the movie stumbles is in averring to the Judd Apatow formula, minus his trademark gross-out – he’s a producer, although how he finds the time between self-righteous tweets is beyond me – right down to an unnecessarily excessive running time (two hours is not the ideal for a comedy, but his pictures are often well over that limit). 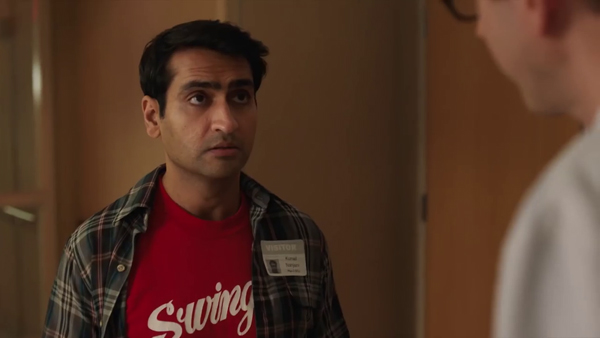 Apatow frequently favours the autobiographical, something that has rarely paid dividends creatively – Funny People, This is 40 – inevitably involving depicting comedians as comedians, which again, unless you’re Jerry Seinfeld, isn’t always such a good idea, nursing the danger of coming across as hubristic (it may work for Stephen King or – once upon a time, when he was both acting in his pictures and less controversial – Woody Allen to give their protagonists the skillset they have, but it can be overly inclusive and off-putting to an audience, as if everything revolves around them. As such, the stand-up element of The Big Sick is merely okay. 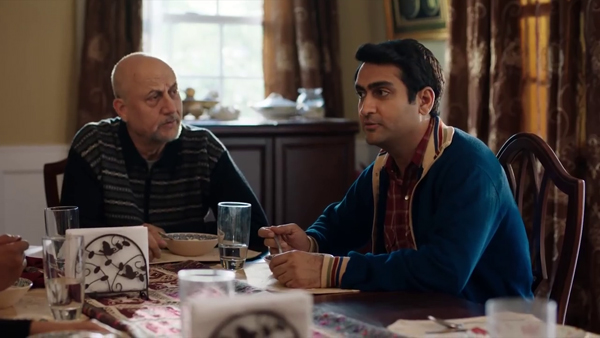 Nanjiani is a reactive personality, which suits the story, but in terms of range he isn’t so effective when called upon to emote (for example, becoming enraged at the burger joint, or pleading with Emily’s parents not to move her to another hospital). That’s fine – a lot of comedians aren’t – but it does mean that the romance side is also very low key. The interactions with his family, though, while familiar from other wry depictions of traditional Muslim parenting, consistently spark thanks to the performances of Anupam Kher (as his father Azmat), Zenobia Shroff (mother Sharmeen) and Adeel Akhtar (brother Naveed). 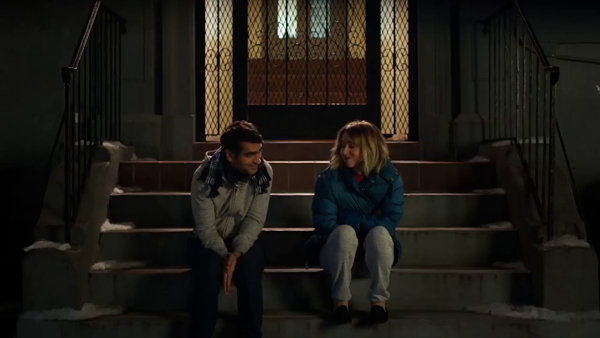 Hunter scores for a scene where she launches into a racist heckler, as Nanjiani attempts to carry on with his act regardless, while Romano’s deadpan (“If you feel a coma coming on, just call us”) has an authenticity that Nanjiani, peppering his dialogue with “bits” doesn’t quite grasp yet. Kazan’s very likeable, when she’s actually conscious. But that’s The Big Sick. It’s likeable, good-natured and pleasant, but nothing more than that. You wouldn’t instantly deduce it as a contender for Best Original Screenplay Oscar.