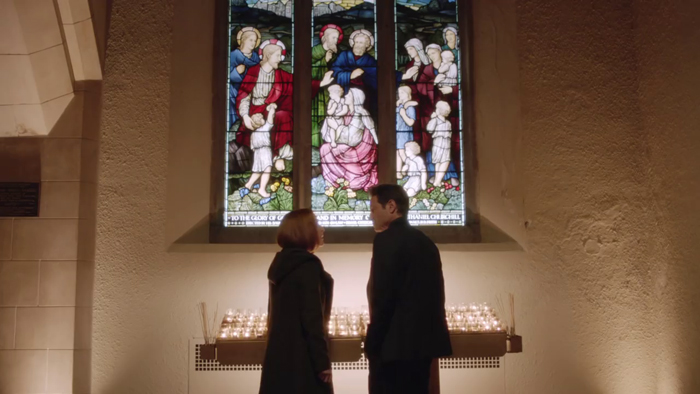 The X-Files
11.9: Nothing Lasts Forever

(SPOILERS) More new blood, and lashings of it too, courtesy of series script coordinator Karen Nielsen, albeit helmed once again by James Wong. A very modern vampire tale, complete with queasy variant on The Human Centipede for good (or bad) measure, Nothing Lasts Forever has two strong guest star performances going for it but little else. 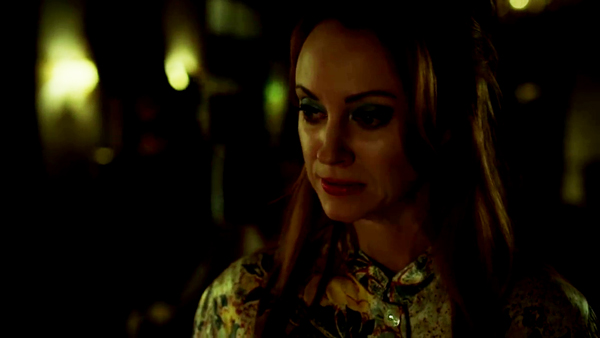 One of those is courtesy of Fiona Vroom as 85-year old former sitcom star Barbara Beaumont, who ensconces herself in her apartment building, cult acolytes feeding on her every word and she feeding on them (or whatever organs can be harvested thereby). The set-up has potential, but the tone fails to find a sure footing; the line between the broad (Barbara loves nothing more than quoting along to her sitcom reruns) and gross elements (pulling the plug from Dr Randolph Luvenis’ surgically attached supply and then moaning about the lack of sustenance of the vitally-drained victim) is a difficult one to walk, and this ends up mostly icky and not really very funny. 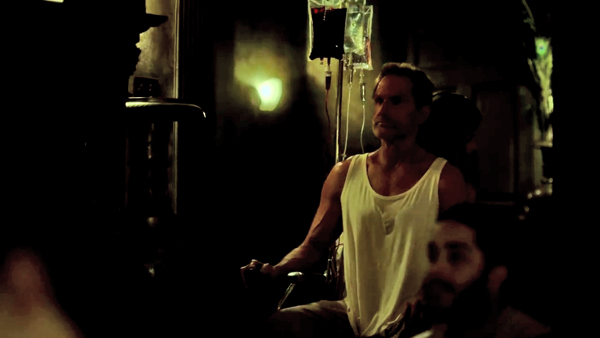 Even the hugely winning Jere Burns as Luvenis – anyone who hasn’t seen him in Justified needs to remedy that now – is rather at a loss with what to do. He’s an ideal actor for an X-Files, but couldn’t they have given him a role that amounted to something? Nothing Lasts Forever is essentially riffing on The Hunger as a modernistic, urban vampire take, but with an added entourage, yet lacks an idea of how to juggle its elements successfully so comes across as half-baked. 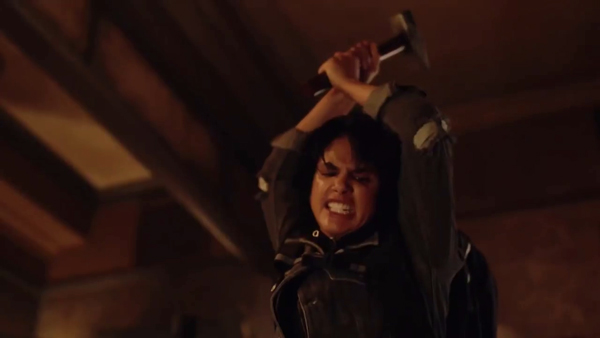 And most underdone is Buffy stand-in Juliet (Carlena Britch), running through “vampires” with railings plucked from her local church and leaving quotes from scripture at the scene. It doesn’t help that Britch’s performance is wholly unconvincing, but the character herself is entirely cornball. 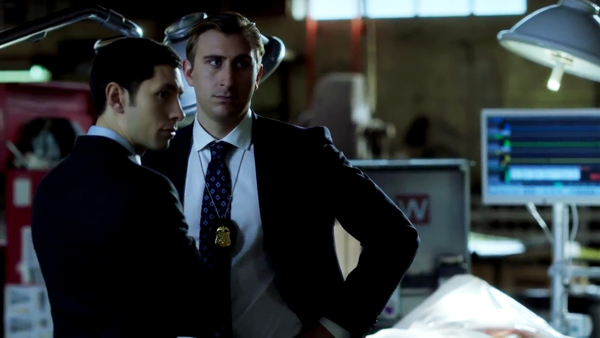 FBI Guy: Look, we know your rep. You come into a case, take things over, turn it upside down.
Mulder: No, we like to think we uncover facts that would otherwise go unnoticed.

Inevitably, this being in part a rumination on belief and religion, Scully’s entirely tedious and logically askew faith (it makes little sense that Mulder should be the atheist in this partnership) gets an airing (“It’s a prayer candle, Mulder. Not a birthday cake”), and the emphasis on aging – Mulder’s bifocals, Scully’s “Just wait til you get gout!” – as a juxtaposition to Barbara’s quest for immortality is on the crude side. but there are some enjoyable interactions between the pair. Winding up the FBI guys is particularly good value:

Mulder: Stake through the heart, you mean. I would have expected the weapon to be made of wood. A combination of three types used in Christ’s crucifixion. Cyprus, cedar and pine. That would imbue it with the holy properties necessary to defeat evil. 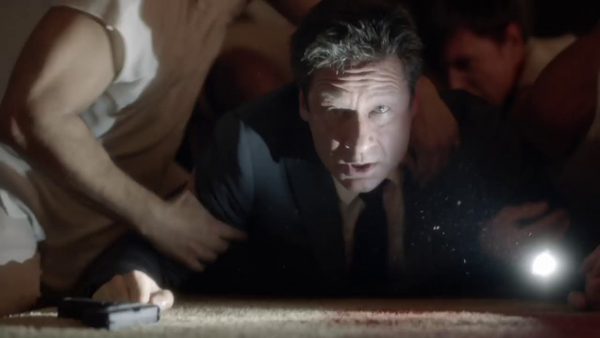 The initial arrival at Barbara’s apartment is also well staged, with Mulder and Scully accosted, the latter pushed down a lift shaft (“You stink”: “Thanks Mulder. My fall was broken by a decade’s worth of trash”), but the arrival of Juliet disappointingly truncates any potential tension in the situation.  Nothing Lasts Forever is thematically on point with the series since its return, but that may be the problem. Unless Darin Morgan’s handling them, these themes are invariably outmoded or stillborn.