What you do is very baller. You're very anarchist. 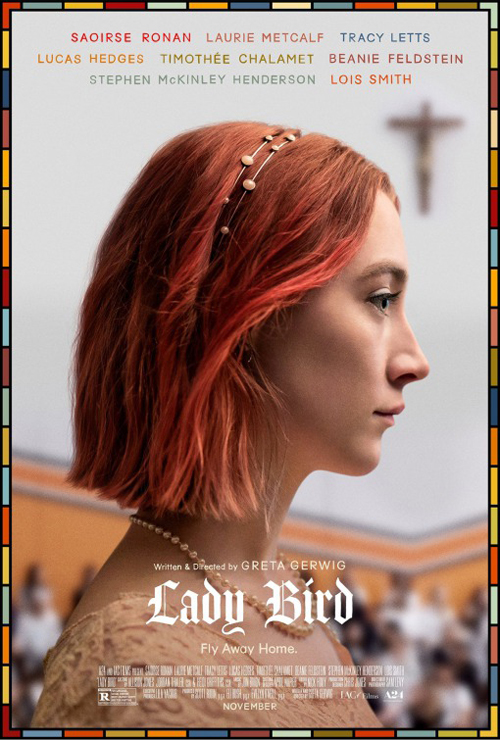 (SPOILERS) You can see the Noah Baumbach influence on Lady Bird, Greta Gerwig’s directorial debut, with whom she collaborated on Frances Ha; an intimate, lo-fi, post-Woody Allen (as in, post-feted, respected Woody Allen) dramedy canvas that has traditionally been the New Yorker’s milieu. But as an adopted, spiritual New Yorker, I suspect Gerwig honourably qualifies, even as Lady Bird is a love letter/ nostalgia trip to her home city of Sacramento. 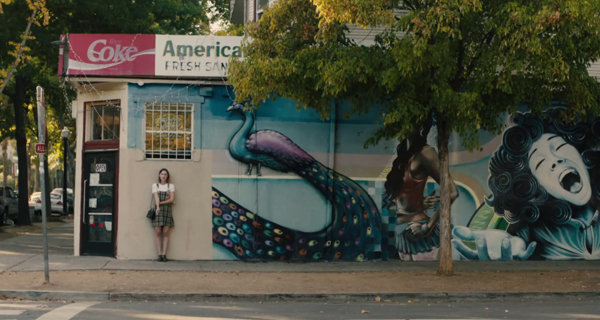 As such, Saoirse Ronan is very much playing Gerwig in 2002, or her thereabouts that period – Gerwig has said that nothing that happens in the movie actually happened to her “but it has a core truth that resonates with what I know” –  hence the somewhat superfluous background build up to the second Iraq War (although it does, in fairness, fuel many unwittingly amusing remarks from Timothée Chalamet’s too-cool-for-life-let-alone-school hipster Kyle). And Ronan’s outstanding; the only factor against her in the Oscar stakes, aside from Frances McDormand and three other contenders, was that this kind of character, a small-town girl who perceives more, wants more and accordingly messes up more than those around her, destined as she is for better things (obviously, being based on someone who has found a degree of stardom), is a very familiar one. Lady Bird’s a very familiar kind of movie, and a very likeable one, but it has about forty years of similarly-populated rites-of-passage pictures to fend off in order to make a distinctive mark on the landscape. 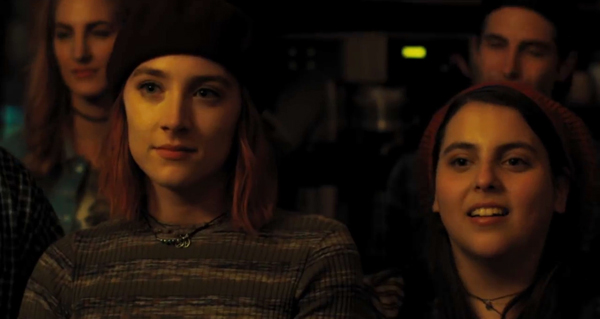 Accordingly, we encounter all the recognisable teen trials and tribulations; of parents both understanding (Tracy Letts as Lady Bird’s hugely sympathetic but depressed dad) and not-so-much (Laurie Metcalf, well-deserving of that Oscar nomination as her loving-but-unable-to-express-herself-without-chiding mother); of first loves who prove a disappointment (Lucas Hedges as star stage performer Danny, who naturally turns out to be gay) or a delusion (aforementioned musician Kyle, so narcissistically self-involved, he turns back to his reading material after deflowering her); of friends spurned (Julie, played by scene-stealing Beanie Feldstein, who you instantly think looks like a female Jonah Hill, which is entirely because she’s Jonah Hill’s little sister) and fake (Odeya Rush’s superficial rich kid Jenna). 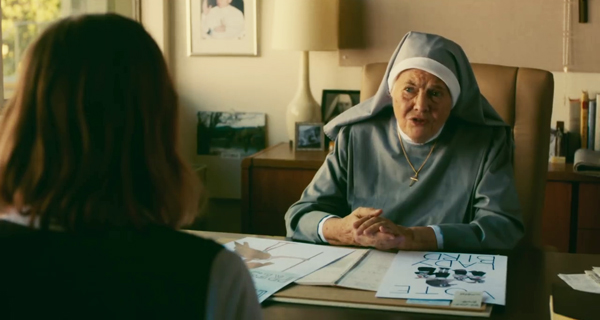 Quirky characters populate the edges of the frame of such a formula, of course: Lois Smith as Sister Sarah, who strikes a hard line but finds Lady Bird’s “Just Married” – complete with a picture of Jesus – graffiti on her car amusing: Stephen Henderson’s Father Leviatch, the misunderstood drama teacher who simply feels too much: combative adopted brother Jordan (Miguel McPherson), forming a facially-pierced double-act with girlfriend Shelly (Marielle Scott) before getting a makeover and the job dad has also gone for. 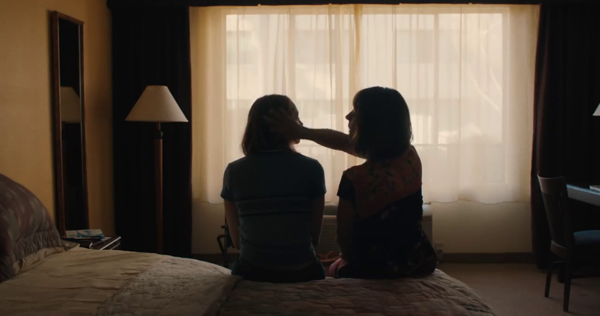 What lifts the picture from the merely slight-and-forgettable is Gerwig’s abiding sense of humour, Lady Bird/Christine possessed of the same irrepressible strength of personality as her mother, whether being suspended for her adroitly colourful metaphor during an abortion lecture or – in the most absurd event of the picture, so potentially wrong-footing an audience tonally – “stepping” out of a moving vehicle to avoid an extended harangue from mom in the first scene. Is Lady Bird Best Picture Oscar material? Not really, but that doesn’t mean it isn’t superior to a several of this year’s contenders. Is Gerwig likely to continue on a path penning semi-autobiographical stand-ins for herself? Very probably, but why not? It worked for the now-disgraced exemplar of that mode for a good quarter of a century.