I should advise a degree of alacrity, your Grace. 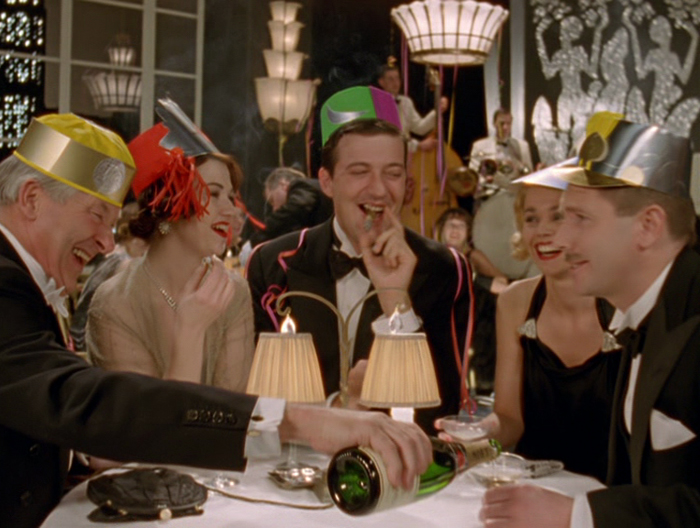 Jeeves and Wooster
3.2: The Full House
(aka Bertie Ensures Bicky Can Continue to Live in Manhattan)

Ferdinand Fairfax took on directing duties for Season Three and reproduces the series' look and tone fairly seamlessly, although he's undoubtedly presented with challenges for the New York scenes he simply can't overcome. There's never any doubt this is making do in the tradition of threadbare productions unable to afford a hop across the Pond. Episode Two continues the use of Carry On, Jeeves, entwining two consecutive chapters to provide a compare-and-contrast of Bertie's chums' dominating relatives, who inevitably put a cramp in his style. Bertie: The last time that anything remotely interesting happened here was in 1842, when a tree fell over. They still talk about it in the village.

Of the two, the Rocky plotline is the more effective, despite my not liking Jay's performance very much and the Bicky Bickersteth (Julian Firth) story featuring the inimitable John Savident as the latter's father, the Duke of Chiswick. Heather Canning is a particularly formidable presence as M Rockmetteller, treating Bertie as a wastrel hanger-on ("You seem very much at home here, young man") and presuming to take his room when she stays. 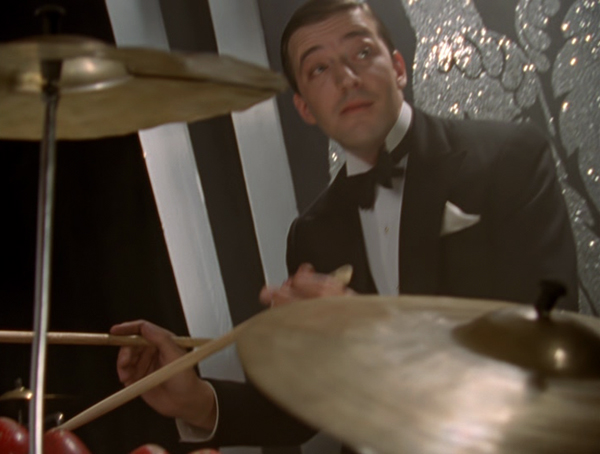 This is preceded by an amusing montage sequence in which Jeeves, volunteering to write to Rocky’s aunt regarding the New York nightlife, types and narrates his experiences; we see him playing double bass, the piano, and generally socialising his meticulously ironed socks off. The setup for this – taken from the original, so it isn’t Clive Exton's fault – is on the contrived side. M isn'’t well enough to enjoy New York herself, so wishes her nephew, who would rather live the quiet, poetic life. to experience it vicariously for her. The consequence of his failure to do so will be cutting him out of her will. Even more contrived is that M should then rock-metteller up in New York, having been rejuvenated by his missives. Still, it all turns out right in the end, in suitably seamless fashion; the abstinence preached by Jimmy Mundy (Lou Hiesch, an actual American, shockingly, who voiced Baby Herman in Who Framed Roger Rabbit) gets to M Rockmetteller when Jeeves "mistakenly" drags her to one of his meetings ("The man has very little intelligence"). If M makes Bertie's Aunt Agatha look positively benign, Chiswick is much less formidable, but the pickle his arrival produces is the more prodigious one. Bicky, working as a writer, is distraught that Chiswick wants him to learn ranching in Colorado. Jeeves' ruse that Bicky is doing exceedingly well in city – meaning he must take up residence in Bertie’s apartment as proof of his wealth –  rather backfires when Chiswick thinks he's doing so well that he can dispense with his allowance. 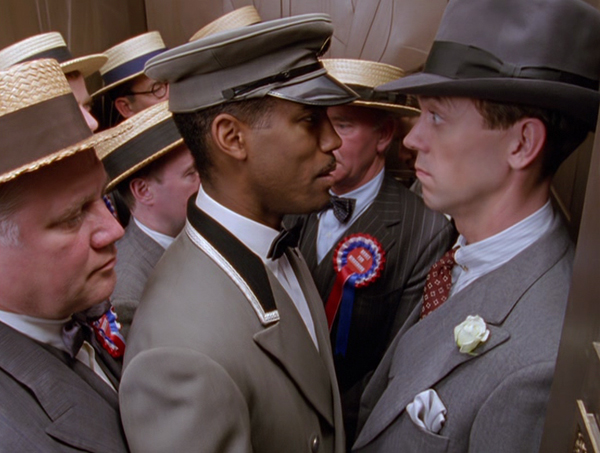 Various money-making schemes arise (Bicky wants to start a chicken farm, for which he eventually gets the money from dad), including the rather laboured Birdsburg convention paying to shake the Duke's hand; even allowing for rampant Anglophilia, it feels a tad tenuous, and the addition of their calling the police for the inevitable slapstick chase sequence when they become annoyed that Chiswick is an imposter ("Eighth duke? We want the first or nothing") fails to dispel this. The highlight might be Laurie trying to make Ricco Ross corpse in a Birdsburg-packed elevator. 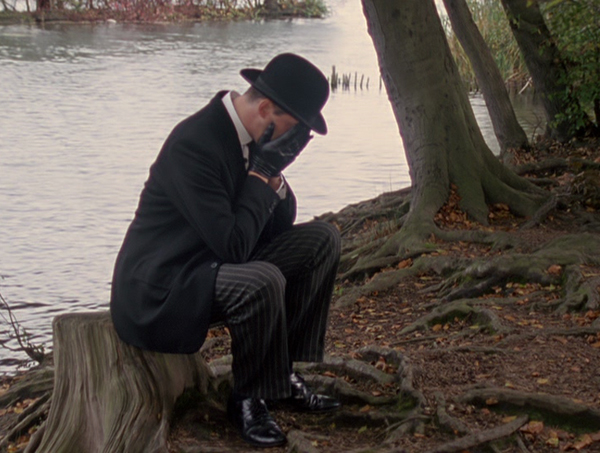 The tie-up is as in the original story, however, with Jeeves suggesting Bicky sells the Birdsburg account to a newspaper if the Duke doesn’t capitulate to the chicken farm demand (although, on the page, Chiswick offers his son a secretarial position in London). Another variable effective episode, then, but worth it for Jeeves' reaction to Rocky's admission that he doesn't usually get out of his pyjamas until five in the afternoon. 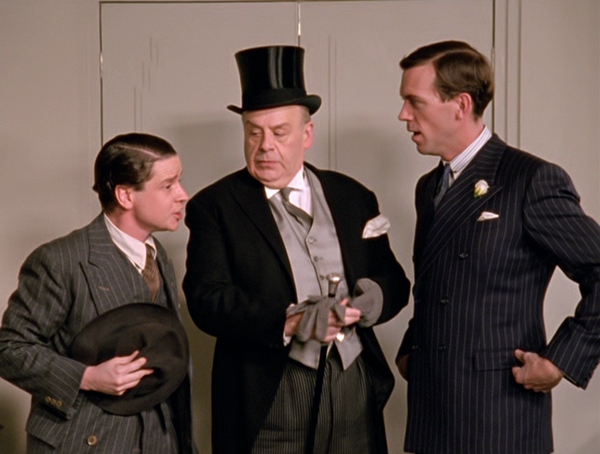 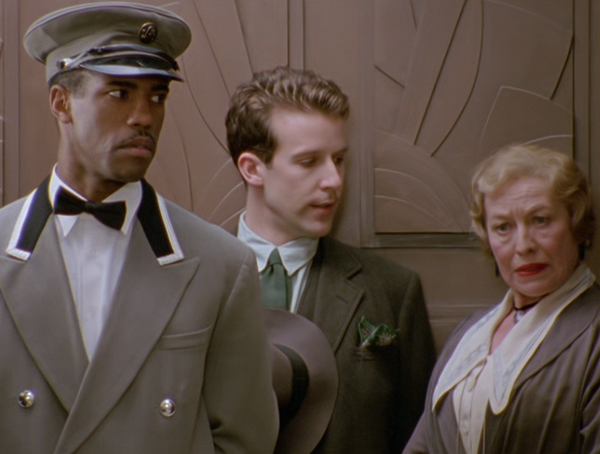 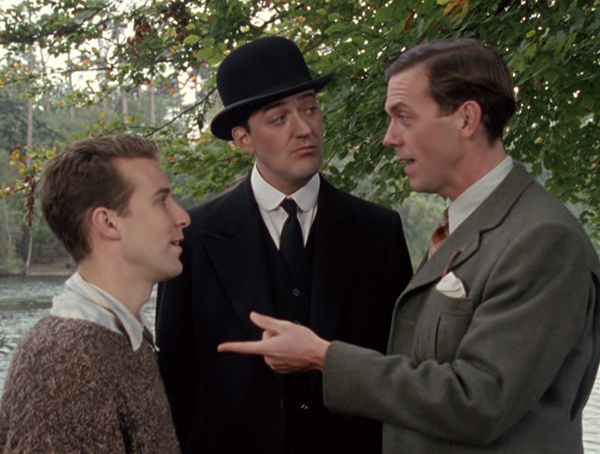 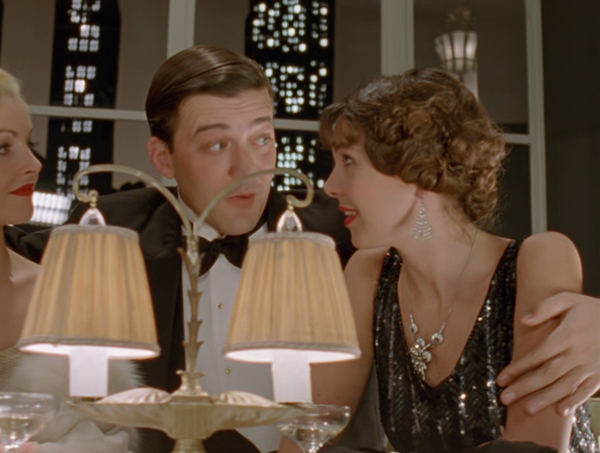 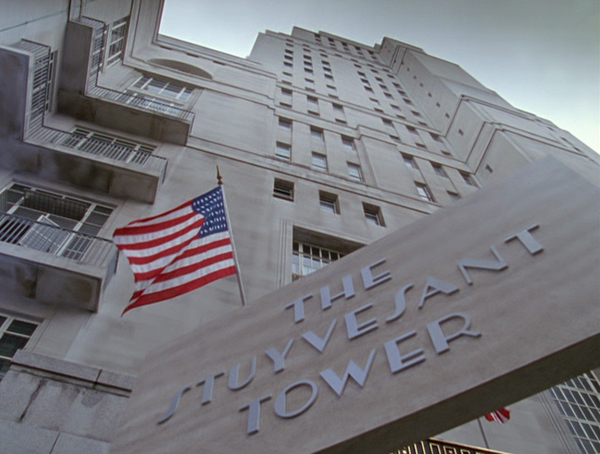 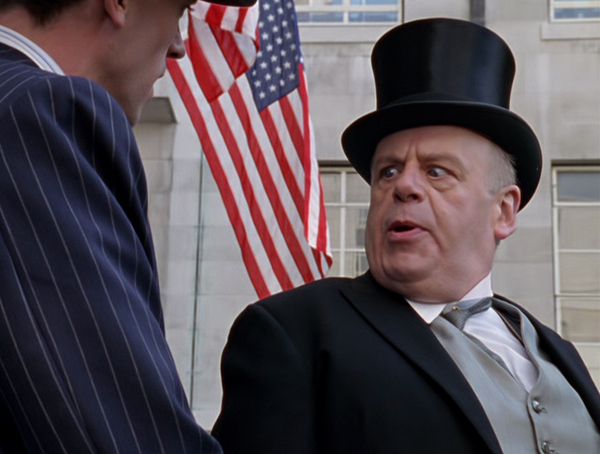 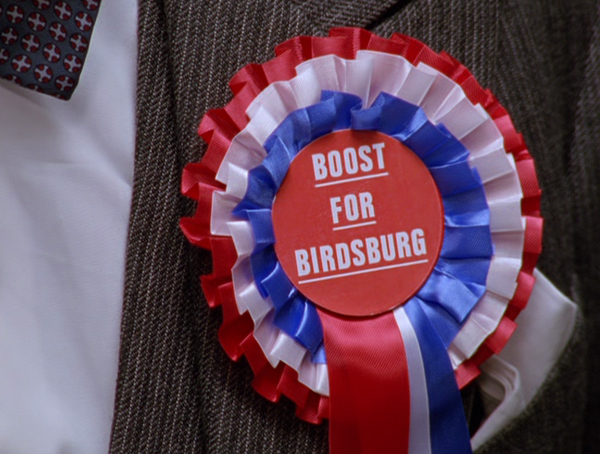 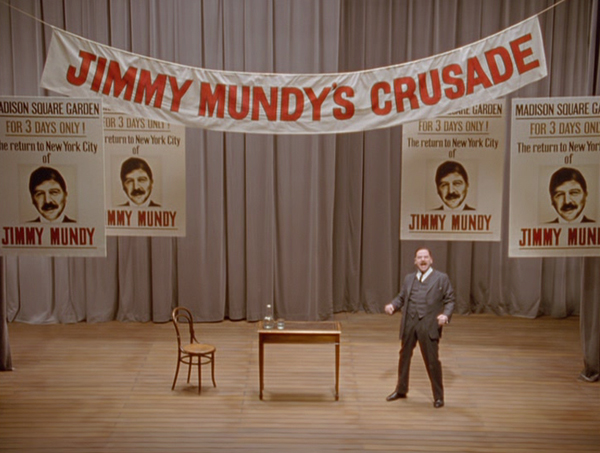 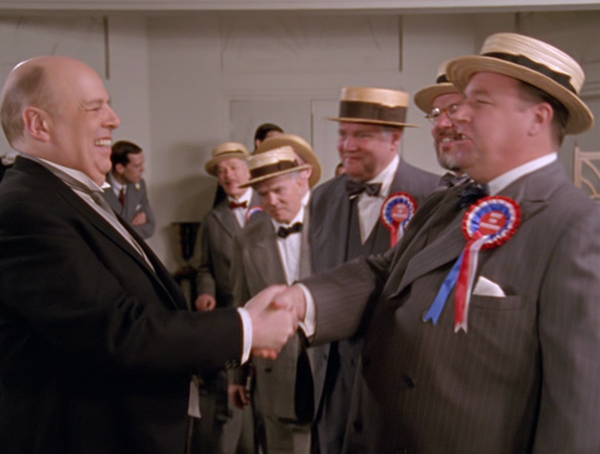 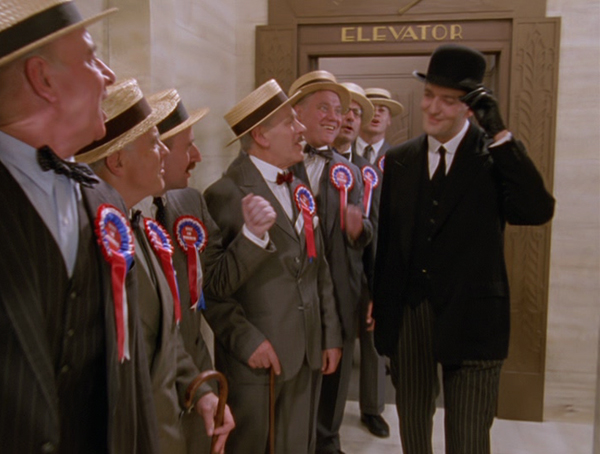 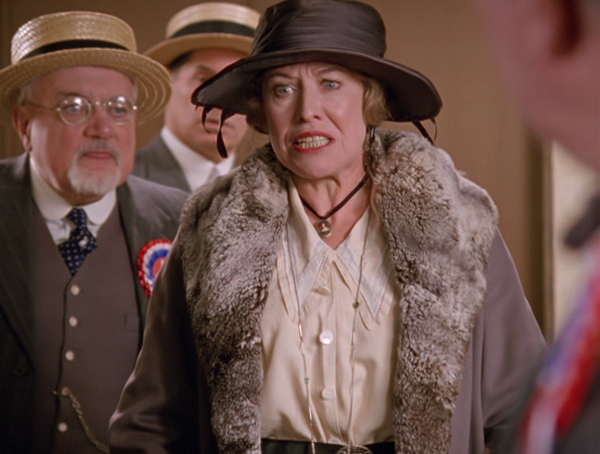 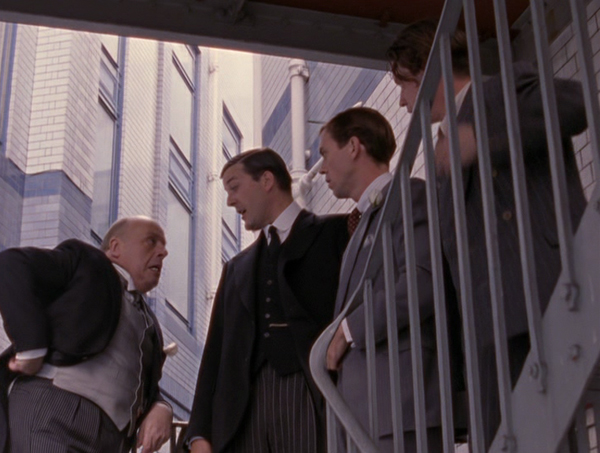 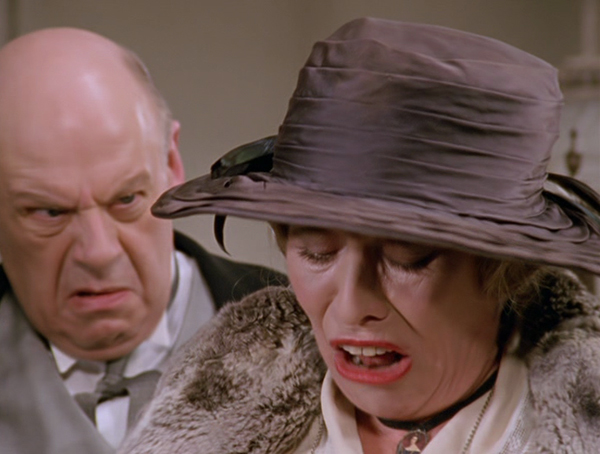 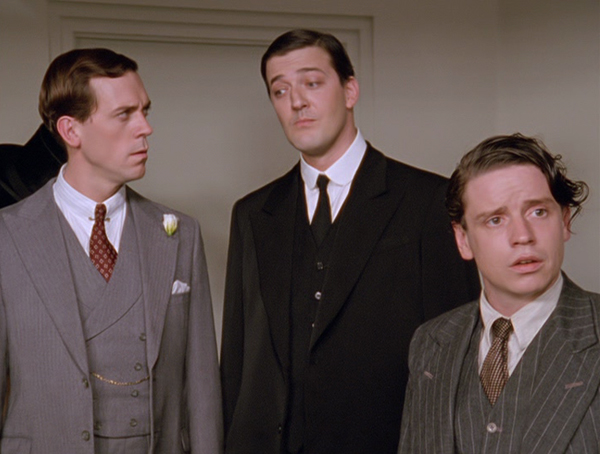 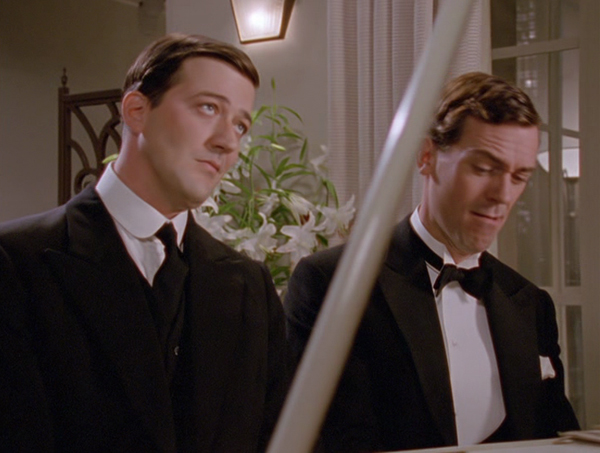