Of course, I’m not all right, you idiot. I’ve just been massaged by a pig. 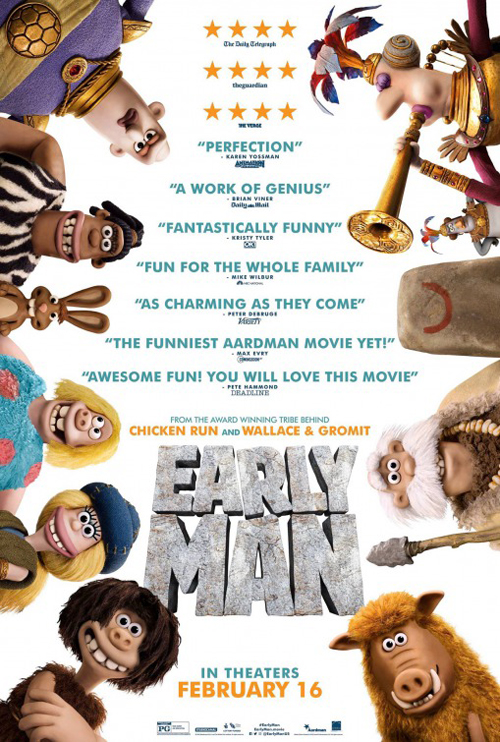 (SPOILERS) This ought to be a sobering lesson in what happens when an auteur is given a free hand and no one has the bottle to tell him he's come up with a stinker. Sure, Early Man had generally sympathetic reviews, but that’s really because Nick Park – rightly – has built up an enormous amount of goodwill over the years. Sometimes, though, you have to be cruel to be kind and call a turkey a turkey. 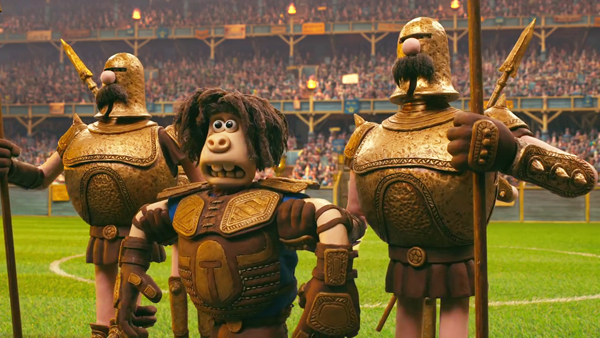 You can splash out however much you like on voice talent (Eddie Redmayne, Tom Hiddleston), but it's to no avail if the fundamentals of story and character aren't in place. On that score, Park, doubtless casting about for something to keep Aardman in the spotlight following the no-brainer (and not exactly trying too hard) Shaun the Sheep Movie, settled on Early Man for its seventh feature (his third with a director credit, and first as sole director). And it's a thimble of an idea; Stone Age caveman Dug (Redmayne) agrees to football match with incoming Bronze Age ruler Lord Nooth (Hiddleston). Cue much tedious training and welter of hit-and-miss anachronistic jokes (not that there's any attempt to be remotely "period", which might be a strength if it involved any real inspiration). 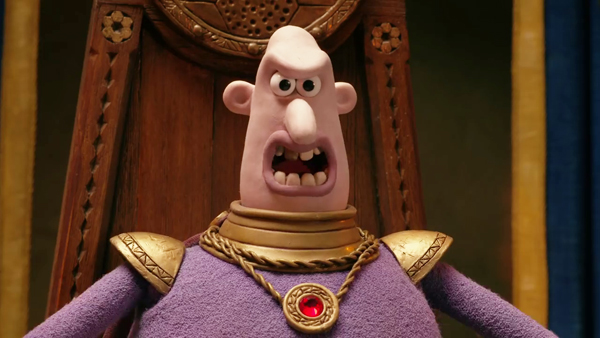 Hiddleston's vocal performance is straight out of Python (he's French-ish), but much of the sensibility comes from not-that-clever-in-the-first-place Flintstones cartoons, along with nods to Gladiator and Mad Max. Inevitably, there's a girl (Maisie Williams) who needs to teach the boys how to play footie, but her character only really underlines how staunchly these pictures come from the mind of a male who spends a most of his time with other males, playing with plasticine. The match itself is mostly forgettable, aside from the arrival of Hognob (Park), Dug's pet wild boar, as goalie. 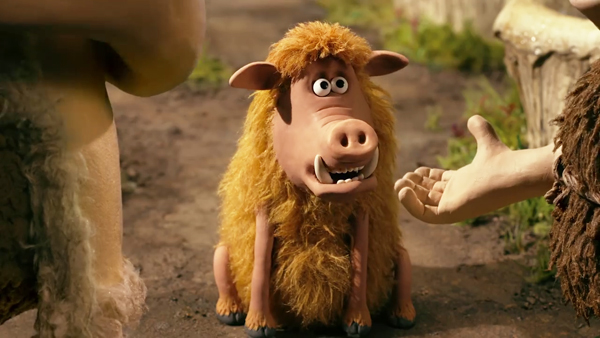 Because, if the human protagonists are entirely nondescript, Park can at least congratulate himself on creating another highly memorable Claymation animal. The highlight of the movie is a scene in which the bathing Lord Nooth mistakes Hognob for his servant Stefano and requests a massage ("Stefano, not so ham-fisted") before the pig has a try his hoof at a not-so-soothing harp. Rob Brydon also scores in three (!) roles, as match commentators Brian and Bryan ("Oh, that's not cricket, Brian. Whatever cricket is") and a message bird pigeon reciting pre-recorded missives from Nooth's mother. 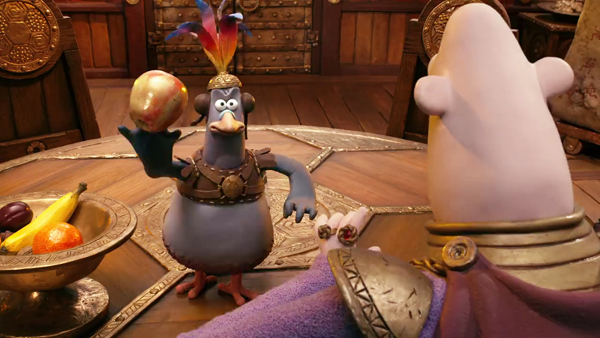 Mostly, though, this is a sad bust. Lacking a spark or any narrative tension. Aardman (and the BFI) spent $50m making the picture, and it took in only $4m more than that globally; even the vastly over-expensive Arthur Christmas did proportionally better. It's a shame Sony backed out of funding a sequel to The Pirates!, as that was easily the studio's best production since Wallace & Gromit: The Curse of The Were Rabbit. It looks now as if they're hedging their bets, Pixar/ DreamWorks style, with further outings for Shaun the Sheep and Chicken Run. If they're going that route, perhaps Park should dig up Gromit and get him back to work.