Why can’t it just be about the skating? 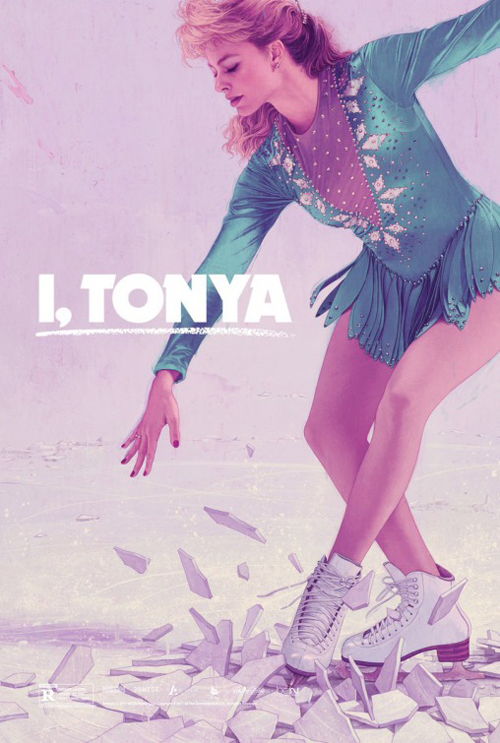 (SPOILERS) The conflicting accounts that I, Tonya wears as a badge of pride, courtesy of screenwriter Steven Rogers' decision to wallow in the distinctive points of view of its protagonists rather than attempt to sift through them to reach some level of ostensible truth, are both a stroke of genius and the picture's Achilles' heel. Because once that choice has been made, it lends the proceedings an archness that, while entertaining and often very funny, is distancing.

It's ironic, as the performances here are top-to-bottom great. Allison Janney as the hard-as-nails mother with a devastating line in dry humour is so bowdlerising, it's no wonder she got the Oscar (although I'd still have favoured Laurie Metcalf for Lady Bird). Sebastian Stan banishes memory of bland Bucky Barnes as Harding’s hubby Jeff Gillooly, variously a habitual wife beater and adoring partner who never laid a hand on her, and the architect of the attack on Nancy Kerrigan (Caitlin Carver) and incensed that his plan to send her hate mail should have devolved into violence.

And Margot Robbie is outstanding as Tonya, in perpetual dispute with her mother or other half, or with the judges ("Suck my dick! This is fucking rigged"), unable and unwilling to escape her white trash tag; Rogers and director Craig Gillespie level the charge that Harding wasn't a face that fitted and she was punished for it (not the image the skating community wanted to portray of the wholesome American family), but it's undeniable that through their narrative approach they're effectively mocking her and her ilk. Still, Robbie makes her version of Harding a sympathetic if difficult figure.

Also notable is Paul Walter Hauser as Shawn Eckardt, "Tonya's bodyguard" who lives with his parents and fantasises that he has agency skills; Hauser's spot-on in his delusional take, as footage of the real Eckardt over the end credits illustrates. Julianne Nicholson also makes an impression as Tonya's long-suffering manager, while Bobby Cannavale gets not to be a heavy or a hubby for a change, as a reporter in one of the various restaged interviews punctuating the narrative.

Gillespie's career has been nothing if not eclectic, in a middle-of-the-road kind of way, and this might be his most notable effort thus far, even if he succumbs to the common failing of the period piece, allowing the music of the era to become an overpowering crutch. Sometimes, such as when Tonya's using it for a performance, it’s fitting, and at others – Dire Straits’ Romeo and Juliet when charting the less-than-perfect romance of Tonya and Jeff – it has an ironic cachet, but less might have been more.

In the end analysis, it’s easy to see why the movie got nods for its performances above all else (and for editing), as it rather ends up feeling like a popcorn arthouse flick; easily digestible due to its irresistible stylistic and narrative ticks – "This never happened" comments Tonya sarcastically midway through a beating, of Jeff denying such behaviour – but leaving you with the sense it isn't really that far in flashy sensibility from say Pain & Gain (lots of sparky energy, and another proud tale of idiots). Which isn’t necessarily something to aspire to.