It was one of the most desolate looking places in the world. 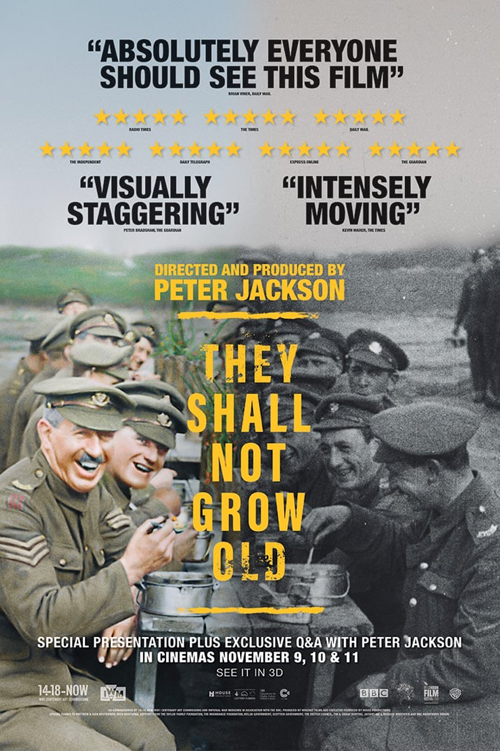 Peter Jackson's They Shall Not Grow Old, broadcast by the BBC on the centenary of Armistice Day, is "sold" on the attraction and curiosity value of restored, colourised and frame rate-enhanced footage. On that level, this World War I documentary, utilising a misquote from Laurence Binyon's poem for its title, is frequently an eye-opener, transforming the stuttering, blurry visuals that have hitherto informed subsequent generations' relationship with the War. However, that's only half the story; the other is the use of archive interviews with veterans to provide a narrative, exerting an effect often more impacting for what isn't said than for what is. 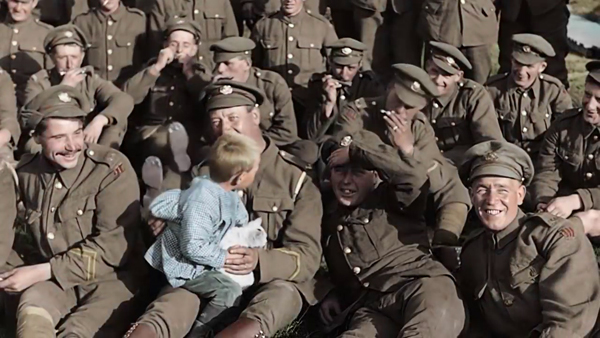 The predominant thrust of those voices is a matter-of-fact, make-do and "we just got on with it" one, symbolic of a generation still several removed from PTSD as an introduced term and shell shock recognised but mostly misunderstood. The effect is frequently disconcerting, particularly that of an upper-class veteran (an officer, presumably) seemingly casually batting away all notion that anything was other than a mild inconvenience. More representative is "It was terrible at times, but I wouldn't have missed it"; even when confirming the horrors of the experience and of life at the front, there's a mask of formality ("Well, all my romantic ideas of war, completely vanished"; "It was a wonderful feeling. I've been in battle and I'm so very proud of it"). As such, one veteran's recollection stands out, of a dying soldier calling for his nanny "so I shot him", his voice cracking as he concludes "… But it hurt me". Striking too is the response to armistice, how no one celebrated; "It was one of the flattest moments of our lives", as if they had been kicked out of a job or made redundant. 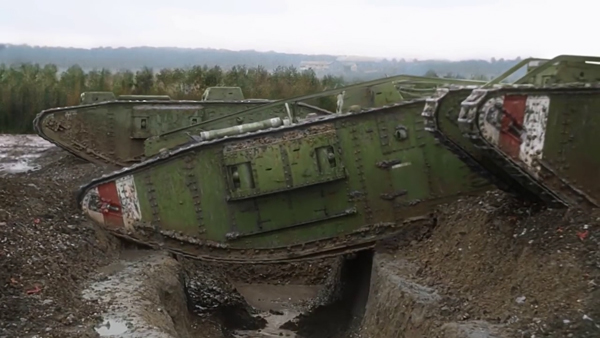 Jackson's decision to take us through recruits' training before introducing us to his enhanced footage at the 25-minute mark is very much the showman's, and there's a slight consequent feeling of "Now, this is what you came for: war! In glorious Technicolor!". Jonathan Romney articulated well his concerns over what might be deemed "improper" aspects of the project in a review for Film Comment, and while I don't necessarily concur, they're certainly worth considering. 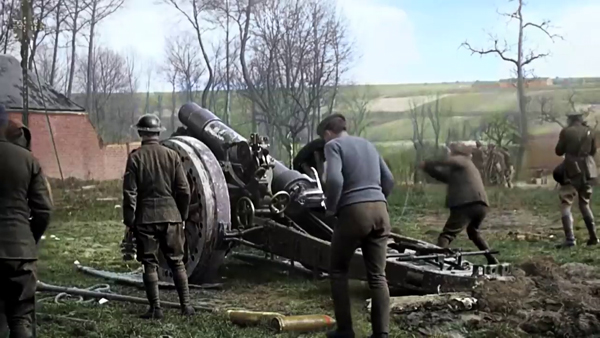 There's little in the way of conflict footage – except from a distance – such that Jackson opts for artists' interpretations. As a consequence, some of the most affecting images are those of the soldiers' squalid, infested conditions; it's here that the stoic, sometimes humorous memories of those involved form a particularly striking contrast to the grim reality. In terms of the effectiveness of colourising process, while it is frequently revelatory, it's also ironically often distancing, creating strangely dissonant, ghoulish faces in otherwise perfectly rendered shots, almost as if modern techniques are only "allowed" so far in updating yesterday. 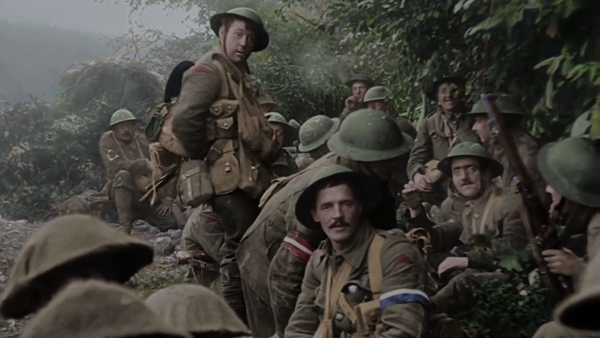 It might be argued that Jackson doesn't interrogate the background to the conflict sufficiently. Admittedly, his appointed remit is of those involved telling their own, up-close-and-personal accounts, but such depoliticising could be regarded as enabling the latest novelty item in the war nostalgia industry, with just enough gruesome imagery to ensure the viewer doesn't remain too nonchalantly distant. 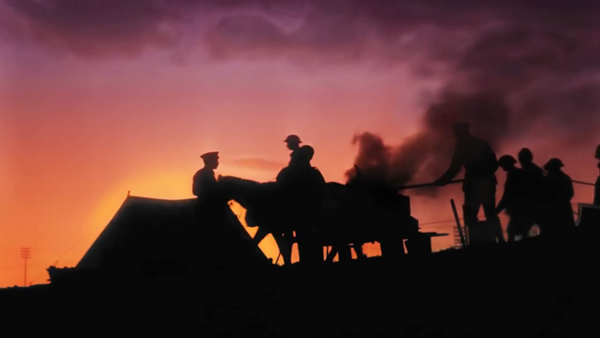 The closest he comes to addressing this side is in recollections regarding German POWs, and how there was general agreement by both sides over "how useless war was and why did it have to happen". This is further underlined by the disinterest at home on their return from the conflict: "People didn’t seem to realise what a terrible thing war was". So too, I'm sure Jackson didn't leave the comment "I still can't see the justification for it" until the end by coincidence. It might be interesting to see similar techniques employed for other projects – the dedication to Jackson's grandfather rather underlines that, for all the many voices and faces, a name is put to no one – even if they won't necessarily carry such obvious cachet, but for all that he has worked wonders with the footage, it's the soundtrack that remains most poignant.