In England, Colonel, the historic mission of the proletariat consists almost entirely of momentary interest. 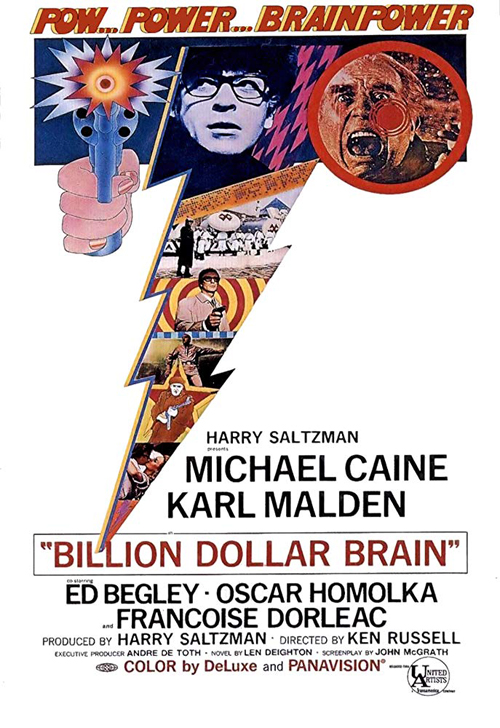 (SPOILERS) A reluctant Ken Russell (his second feature, and helming under protest, so he said) at least ensures this final (well, until the ‘90s, if we really mustgo there) looks good. Crucially, however, it’s all but devoid of internal tension, except momentarily when Harry experiences an altercation or two with a couple of heavies. Which invariably leads to a ream of exposition from his captor; this is about as far from an espionage investigation or mystery begging to be solved as it gets, and while the Bond comparisons batted its way are slightly unfair, Billion Dollar Brain does support a similarly incidental approach to plotting.

The negligible sense of threat in Billion Dollar Brain means those Harry encounters are largely affable or persuadable after the initial introductions, as he casually traipses through snow from side to side or visits masterminds’ lairs. That and the Maurice Binder-meets-Austin Powers, Bond-esque title sequence add to a vague sense of hapless spoofery, although not in the way that would later inspire such twisted delights in Diamonds are Forever.

Ross: Do you get all your equipment from Kelloggs?

It’s a shame, as it begins so well, with the underused Guy Doleman as Colonel Ross dropping in unannounced of the now absconded Palmer (he’s become a detective) and trying to persuade him to return to the fold. That Harry’s almost immediately off on a spy mission, at the behest of the computer of the title/ old chum Leo (Karl Malden, irrepressible but decidedly small-time and unmenacing), who is in turn aided/being manipulated by out-of-his-league Anya (Françoise Dorléac in her final role; she died in a car wreck before filming was completed).

The MacGuffin is more diverting than Funeral in Berlin’s – eggs carrying deadly virus(es) stolen from Porton Down (“How are you going to have them, Leo? Scrambled or fried?”) – but such a potentially unnerving scenario is left rather limp. Harry travels from Helsinki to Latvia (cue some whacky rebels – everyone’s whacky in this), gets into scrapes and meets up with Colonel Stok (Oskar Homolka) again, encounters various threats and double-crosses from Leo and Anya, and is guest of Ed Begley’s lunatic oil tycoon General Midwinter in Texas, who plans to bring down the Commies with the aid of his computers and the viruses.

Midwinter: Do you like the sound of gunfire? Me, I love it.

Unfortunately, despite the travelogue nature of the movie, Harry’s rendered largely passive and reactive, particularly so during the much-cited Eisenstein-inspired ice-breaking climax. The picture briefly becomes invested during his stay at Midwinter’s base, with Palmer under pressure and talking for his life (Ken also engineers a nice speechifying scene entirely drowned out by the score).

In outline, Billion Dollar Brain follows Len Deighton’s novel fairly closely, so one might lay the blame at his door, but the reality is that, while on paper the idea of Ken Russell making a spy movie is appealingly off-the-wall, the material suffers from his being unable to disguise his disinterest in the plot and characters. Ken Adam suggested it was “the wrong type of movie for Ken” while Pauline Kael was of the view that “he hurled the audience from one crisis to the next, and things went by so fast that the story got befuddled and nothing seemed to be happening”. There’s a vague straining towards an eccentric, Strangelovian vibe (Begley’s general, who hasn't left Texas in twenty-five years owing to it having "the only truly wholesome air in the world" has a touch of Jack D Ripper about him), but it’s mostly heavy handed rather than sharp.

One can only assume the audience agreed; Billion Dollar Brain’s box office performance was underwhelming, which put the kibosh on planned fourth instalment Horse Under Water (actually the second Palmer novel). Caine’s fond of citing Harry Salzman’s generosity in releasing him from his seven-year contract, but it may have been partly fuelled by the practicality of his star’s vehicle having run out of steam. Caine himself suggested he would have liked to make An Expensive Place to Die, the fifth in Deighton’s “unnamed hero” series, but when he returned in that pair of blighted ‘90s pictures, Deighton’s novels were nowhere in sight. 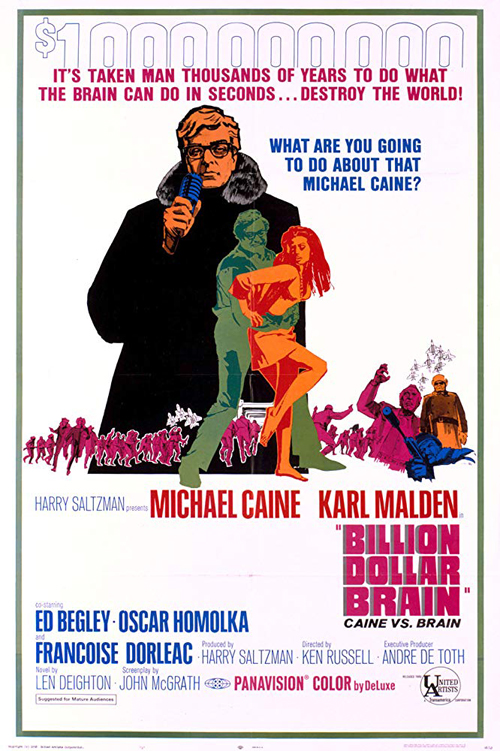 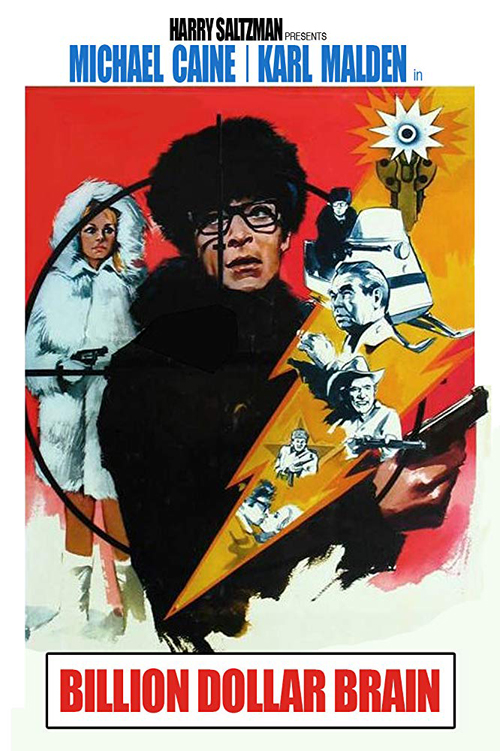