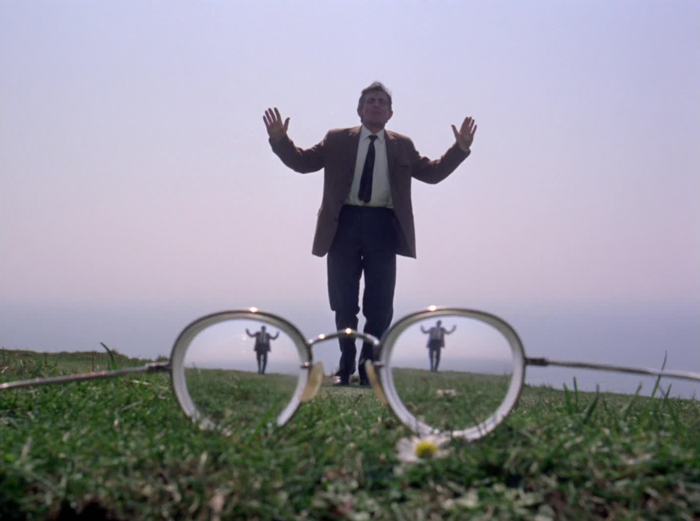 The Avengers
6.11: All Done with Mirrors

One I rated much more highly prior to this revisit, Leigh Vance’s teleplay for All Done with Mirrors (he’d later pen the screenplay for mid-70s Michael Caine thriller The Black Windmill) nevertheless has some appealing conceits, while Ray Austin (who would also helm half a dozen New Avengers) offers some memorable visuals. 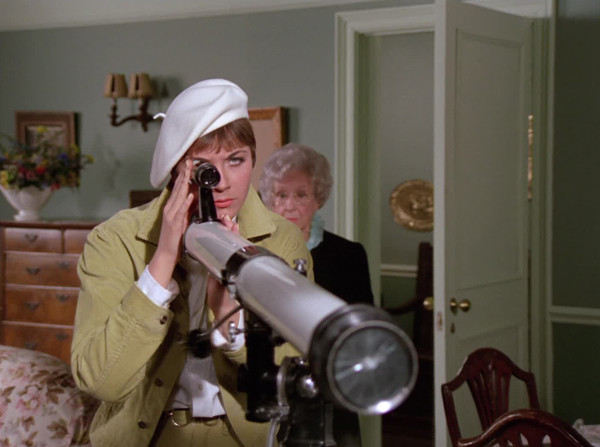 As the title suggest, the plot revolves around reflective surfaces. They’re employed in a “retrometer” as a means for eavesdropping on and communicating with subjects in line of sight, sound being projected along a beam of light, with all the covert possibilities that suggests. What with the villains’ headquarters being a lighthouse, and being surrounding cliffs, the device makes for an effective means of luring nosy types to their doom (including Tara at one point, who survives a plunge to her death with “They pushed me clear of the rocks” – it must have been atremendouspush to have got that far clear). Although, this appears to work in a variety of locations, as per the teaser where ministry man Roger (John Bown) is gunned down in a wood. Dr Seligman (Anthony Dutton, 5.18: Return of the Cybernauts) is also later lured to the woods and dispatched. 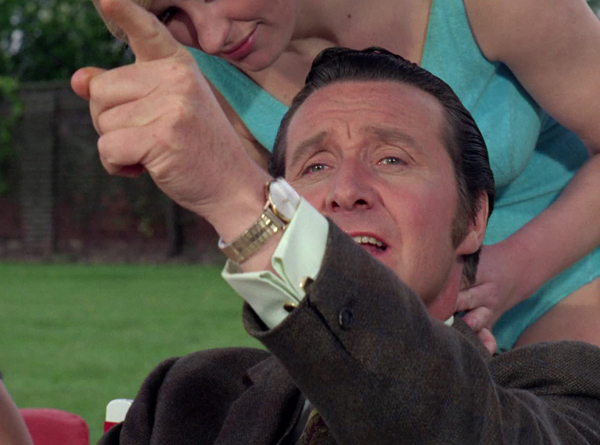 This one’s a Tara single-hander, with Steed under house arrest because secrets are leaking from an institute he is investigating (really because Macnee was taking a holiday). As a consequence, he’s required to hang out with Mother and some bathing-suited belles (including the first appearance of Rhonda, in production terms, which is why she gives Steed an unaccustomed smile). Accordingly, it’s one of Tara’s best showings, since she doesn’t get knocked out or require saving by Steed; he arrives a bit too late to save the day (“Never mind, it’s the thought that counts”). As well as proving handy in the various fights (including the shocking ginger of bowler-hatted pro-wrestler Bruno Elrington), she also looks very becoming in her beret ensemble. 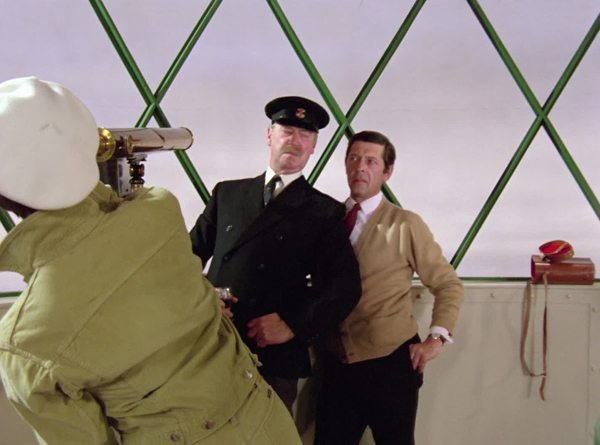 While All Done with Mirrors is big on mystery and set pieces, it’s ultimately a little dry for my tastes, despite a fight during which a villain falls down the lighthouse stairs – all 365 of them. Michael Trubshawe (4.4: Dial a Deadly Number) makes an impression as (the fake) Colonel Withers, impressed that Tara isn’t even out of breath after climbing said stairs and unresponsive to her querying if he’s seen anything, since he has no reason to look at the land ("And what do you see? The sea. That's what you see. The great, grand rolling ocean"). 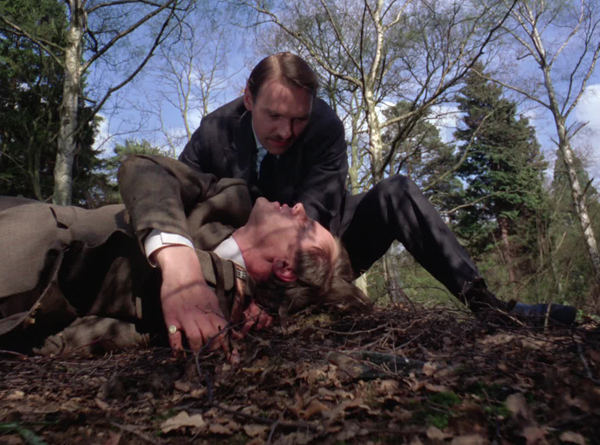 There’s some lovely location filming (done in April), though, and appealingly creative visual touches, such as astronomer Guthrie (Desmond Jordan) losing his glasses on the cliff edge. The supporting cast are solid, but most of the characters fail to come alive. Tara’s given a nominal sidekick in the stuffy Watney (Dinsdale Landen, The Curse of Fenric, suggesting he was never very suave, even in his early 30s). Barlow (Edwin Richfield in his final appearance in the show, previously showing up in 1.6: Girl on a Trapeze, 2.9: The Removal Men, 3.17: The White Elephant, 4.6: Too Many Christmas Trees, and 5.19: Dead Man’s Treasure) is the ring leader, an impostor stealing secrets from the research institute. Also present are head of security Major Sparshott (Peter Copley, 2.21: The White Dwarf), Pandora (Joanna Vogel, 5.9: The Correct Way to Kill), who notes something is iffy as she’d made arrangements with the real colonel, and is forced to lure Tara to her death, and Carswell (Tennial Evans, 1.11: Please Don’t Feed the Animals, 2.14: The Big Thinker, 3.4: The Golden Fleece). 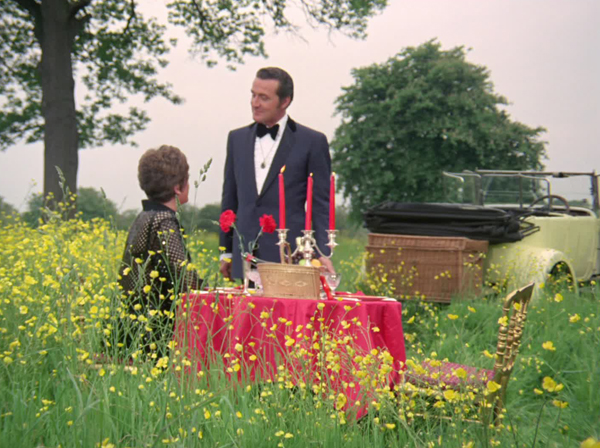 Steed: I always say the simplest pleasures in life are the most enjoyable.

The coda has Steed serving Tara dinner in a field of buttercups – very idyllic and summery looking – including a fillet steak he’s been cooking in the Rolls’ engine. A solid episode, and I can see why it’s generally acclaimed as one of the best Tara King episodes, but for me it lacks that necessary extra flavour. 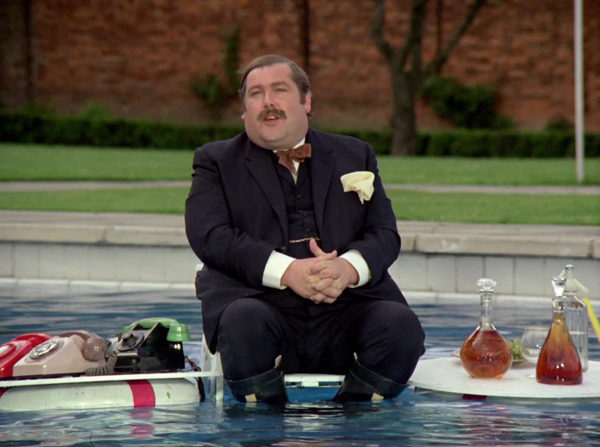 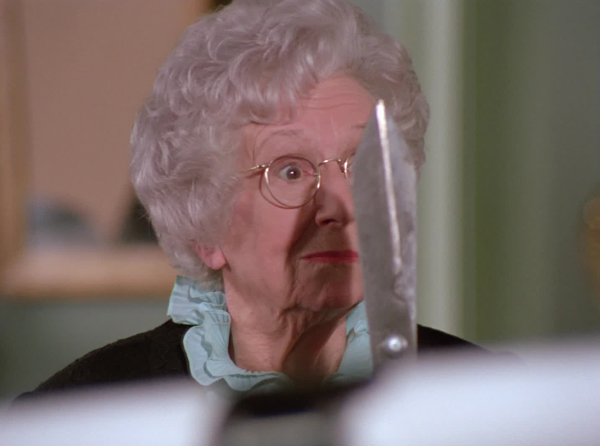 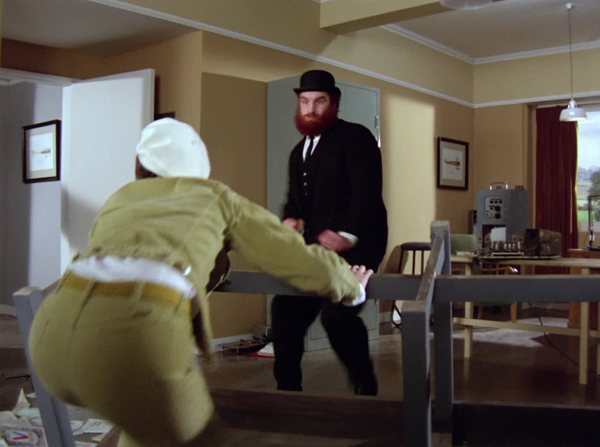 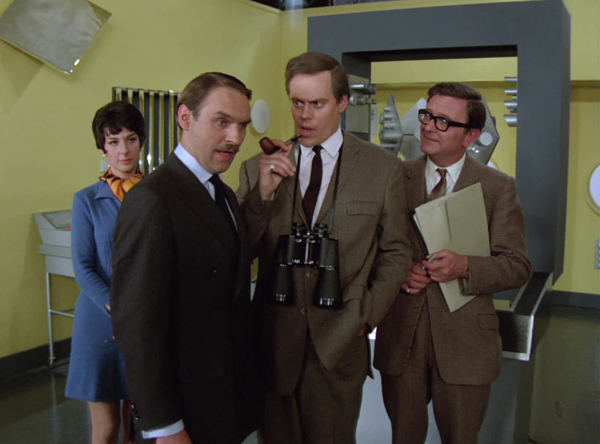 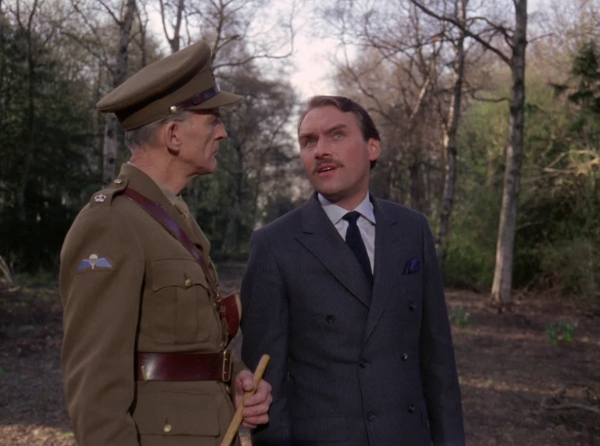 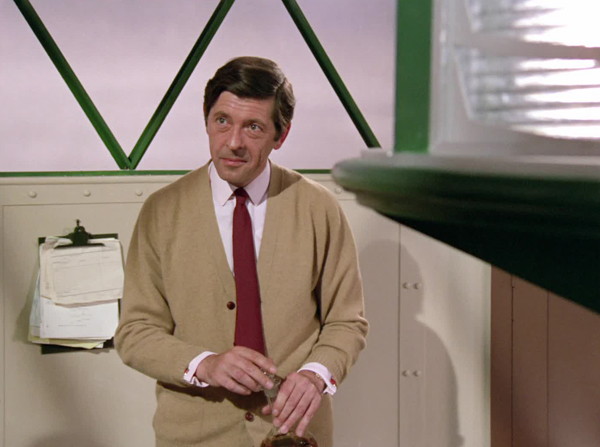 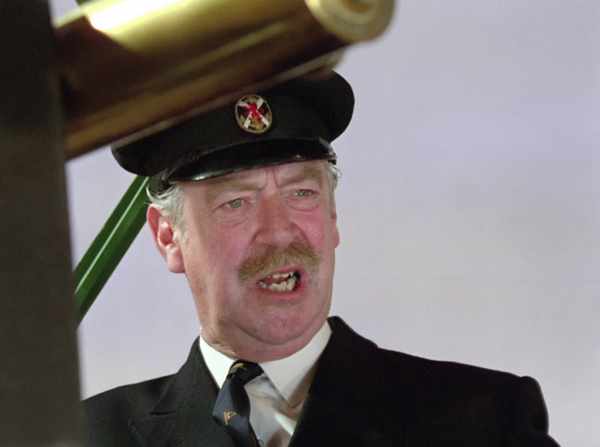 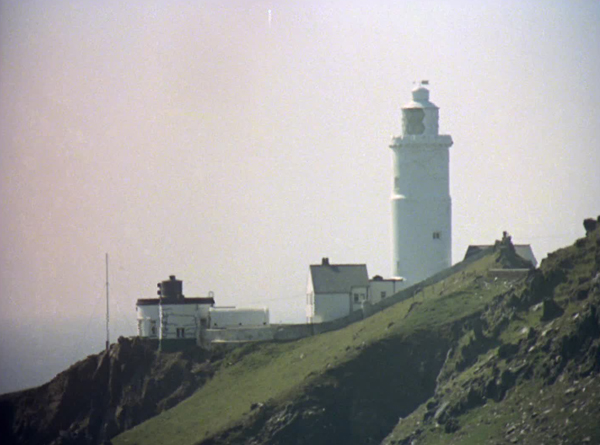 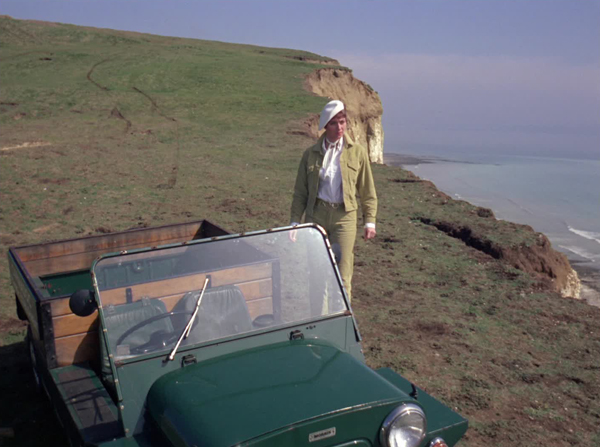 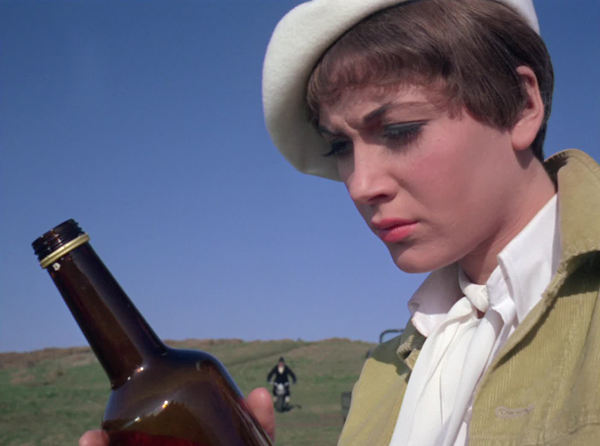 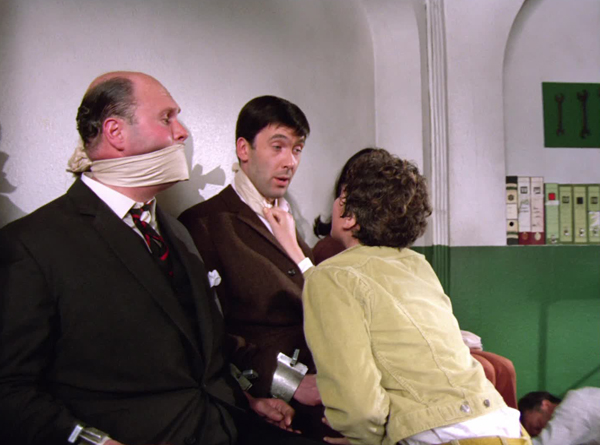 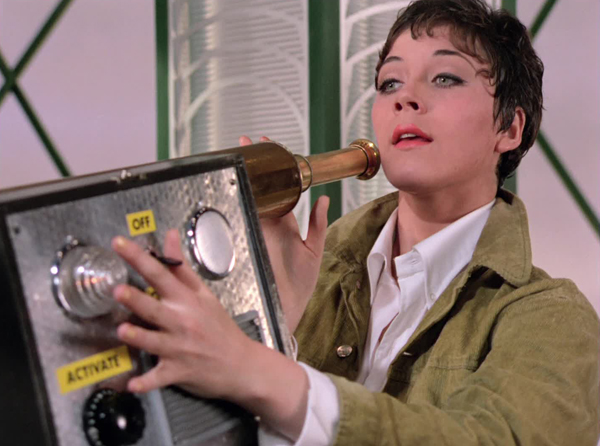 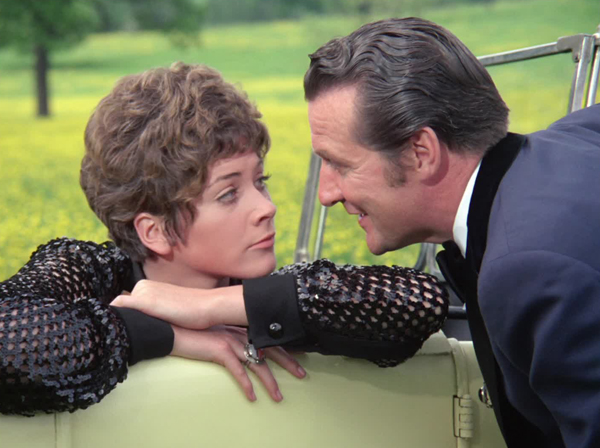